The Year of the Kraken is winding up, and Blizzard has finally put out their announcements for the new year. Welcome to the Year of the Mammoth! In 2017, players will see some of Hearthstone’s core features get a makeover courtesy of Blizzard. There’s too much information to talk about in a single article, so this piece is going to focus on the changed cards themselves. New nerfs, cards rotating, and an all-new release schedule heralds the new year of Hearthstone.

Year of the Mammoth: The Nerfs

The nerfs we’ve been begging for have finally been announced. Blizzard has discussed that Shaman and Pirates may be getting a nerf, and it has arrived. This change will go into effect on the next patch, before the year rolls over. It does, however, have huge implications for the upcoming year, hence its relevance here. 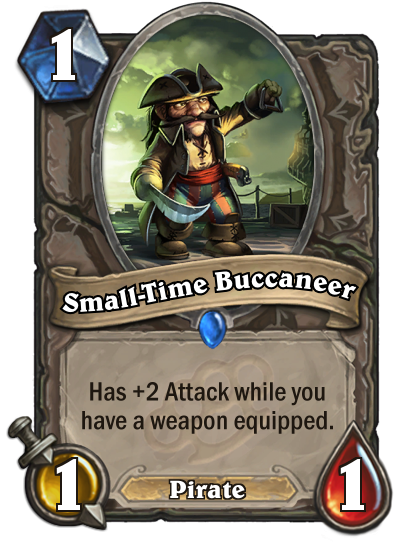 Buccaneer. Everyone knew this card was a problem, and in fact, Brode himself commented it was the problem. So it’s no surprise that it was the first up on the list of cards to hit. Small-Time Buccaneer’s health has gone from 2 to 1. This isn’t a massive change, but it does allow early removal to be more effective against pirates. It’s a huge buff to classes with hero powers that deal one damage.

The second nerf was to Spirit Claws. This is another one that’s not a huge surprise, as it has been broken since release. A stronger, conditional, Fiery War Axe for less mana? Really, we still don’t know what they were thinking. But it now will no longer have one of those. The mana cost has been increased from 1 to 2, putting it at the same level as the War Axe. This is highly relevant for Aggro Shaman’s early game. I wouldn’t be surprised if this means Spirit Claws is cut entirely from aggro.

Year of the Mammoth: Card Rotations

With the new year, standard sets will rotate again. This means Blackrock Mountain, The Grand Tournament, and League of Explorers will all move to Wild. Here’s a video explanation, if it helps:

However, Blizzard didn’t stop there. A while back, the developers heavily hinted towards the fact that they might move some cards from Classic to Wild. These hints have become a reality. Six cards will be moving from Classic to Wild: Sylvanas Windrunner, Ragnaros the Firelord, Azure Drake, Ice Lance, and Conceal. These six cards will not be playable in Standard during the Year of the Mammoth. 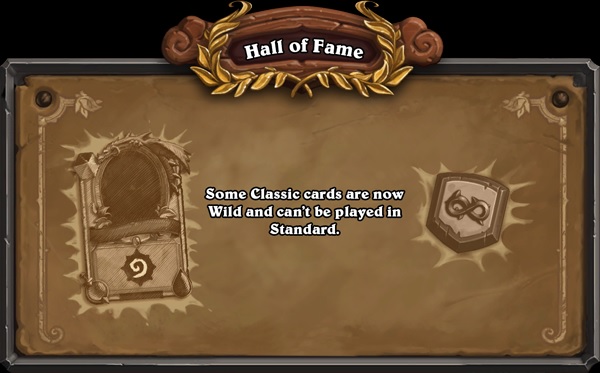 If you have those cards, don’t worry about the dust. Blizzard has decided to give you free dust for the ones you own, and you WILL NOT LOSE YOUR CARDS. There are limits, however. You can only get dust for the number of cards that fit in a deck. So you can only have one legendary and two of each other type qualify. So if you have four Ragnaros, you still only get 1600 dust. Golden cards are prioritized first. If you have a normal and a golden Ragnaros, you will get 3200 dust.

This means, if you don’t have those cards, craft them now, golden. When the year rolls over, you’ll get a full dust refund, and keep the cards! Also, if you have a normal one but want golden, craft a golden now, get 3200 dust back, then dust the original for a net bonus of 400 dust, rather than 1600.

Previously, Hearthstone was on an alternating system between expansions and adventures, although Blizzard had talked about wanting to put more emphasis on expansions in the future. Well, now we know. There will be no more adventures in the future. For 2017, there will be three ~130 card expansions. These expansions will come with small single player campaigns as well, for those who love lore. Cards will be from packs from all three expansions – which will get quite expensive for a full set!

Most of the card changes look good on paper, or at least they’re refreshing. There’s more to come in terms of Year of the Mammoth news, so make sure to check back for the second day of our analysis! 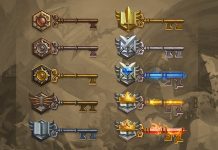