This tournament is hosted by the South Korea cable television channel OGN, who specialize in eSports broadcasts. The tournament features exclusively Korean players, and boasts a prize pool of 42 million Won (approximately $36,000 USD). The players are all strong Korean players, many of whom have competed in world championship tournaments in the past, although there are some newcomers to spice up the field. The format is Conquest, where each player brings five decks, then at the beginning of the round each player bans one of their opponent’s decks, then picks three of their four remaining decks to compete in the best of five. The round of sixteen is single elimination, meaning whoever loses their first match is eliminated, leaving eight players to advance. Here are the results of the round of sixteen:

The first match is between Palmblad and NineB. Palmblad is an old favorite in the tournament scene, with several close finishes under his belt. He currently plays on team All-Killers. NineB is a newcomer, hoping to use this tournament to make it big. He has no professional team. The viewer poll showed an overwhelming 96% of the viewers believing that Palmblad would be victorious in this match. Palmblad chose to ban Druid, while NineB chose to ban Priest, the class Palmblad is well known for. Palmblad chooses to use Druid, Shaman, and Warlock, while NineB choses to use Shaman, Paladin, and Warlock. Both players have brought very aggressive decks, with Palmblad’s Druid being the only midrange deck seen in the matchup. Despite their very similar lineup and playstyle, Palmblad’s experience and skill got the better of NineB, and he was able to take a quick 3-0, advancing to the next round.

Between the first and second match was a show match between Redtea, an OGN commentator, and Mike Morhaime, the CEO and Co-founder of Blizzard Entertainment. This was not part of the actual tournament, but rather for the purpose of entertainment, with both players taking a lot of teasing before and after. Mike was victorious in a close game, playing Secret Paladin, while Redtea was just unable to push the last five damage from his Miracle Rogue. The commentators had quite a bit of fun teasing their co-worker for his loss.

The second match is between seogui and aldor. Seogui comes from a card game background as a previously famous Yu-Gi-Oh player, he currently plays on Team-aggressive, a new Korean team. Aldor is well known for his laddering, but does not have any tournament wins under his belt. He plays for team DIKEDICE. Seogui chose to ban Paladin, while aldor chose to ban Warrior. Seogui’s lineup consists of Druid, Mage, and Paladin, while aldor runs with Priest, Warlock, and Druid. Despite aldor being the crowd favourite, seogui managed to take the match 3-1, advancing decisively to the next round.

The third match is between Irony and Hellper. Irony is a well-known tournament player, recently competing in Blizzcon, and plays for team Critical. Hellper is more of an unknown, with no major tournaments to speak of. He plays for Team Overload. Irony chose to ban Warrior, while Hellper chose to ban Mage. Irony’s final lineup was Druid, Hunter, and Priest, while Hellper ran Paladin, Shaman, and Priest. With a very close match, Irony manages to scoop up a victory in a close final match, becoming victorious 3-2 over Hellper.

The fourth match is between LoveLive and Ghost. LoveLive, named for a popular Japanese show, is fairly unknown. He plays for team Lava Shock. Ghost is a very well-known name in the competitive scene, and although he does not have many high tournament finishes, he is considered an incredibly strong player. He plays for team Golden Coin. LoveLive chose to ban Paladin, while Ghost chose to ban Warlock. LoveLive decided to bring Hunter, Paladin, and Warrior, while Ghost brought Priest, Warlock, and Warrior. Despite Ghost being the crowd favourite, LoveLive managed to come out ahead with a 3-1 victory, and he will move on to the next round. 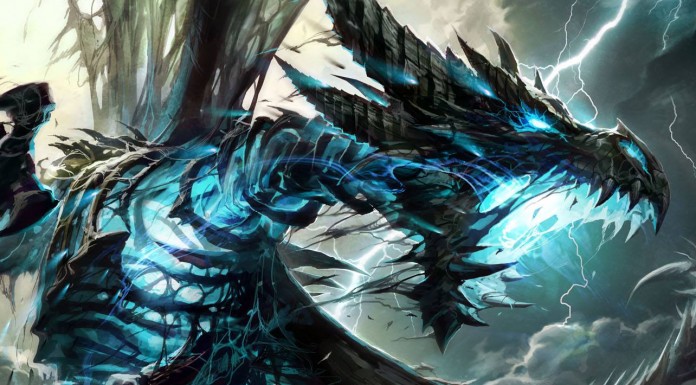 The fifth match is between Flurry and YOUNGJAE. Flurry is an established name in the scene with several tournament wins under his belt. He plays for team All-Killers. YOUNGJAE is a newer name on the scene with no previous tournament appearances. He plays for the new team: Team Overload. Flurry chose to ban Warlock, while YOUNGJAE banned Rogue, a class Flurry is well known for. Flurry’s lineup consists of Paladin, Shaman, and Warlock, while YOUNGJAE has brought Paladin, Druid, and Shaman. Flurry is the crowd favourite as an established player, and he showed why by coming back and winning this match in an incredibly close last game, winning 3-2 and advancing.

The sixth match is between Time and Gravekper. Time is fairly unknown and does not have a professional team. Gracekper is a huge crowd favourite as a very well-known personality who loves catering to his fans. He plays for team Golden Coin, and always has a plush Eevee by his side. Time banned Warlock, while Gravekper banned Paladin. Time’s lineup consisted of Warrior, Warlock, and Mage, while Gravekper brought Paladin, Priest, and Druid. Despite Gravekper being a large crowd favourite and well established, Time managed to pull out the victory, winning 3-1 and advancing.

The seventh match is between Steelo and Fanta. Steelo is a huge crowd favourite, while he doesn’t have a lot of tournament wins, he is a huge name in the Korean streaming scene, bringing in a much larger crowd than any other player in the tournament. He plays for team All-Killers. Fanta is an unknown, but plays for team: Team RD. The viewer polling was 91% in favour of Steelo, merely affirming his popularity. Steelo chose to ban Paladin, while Fanta banned Mage. Steelo’s lineup was Paladin, Warlock, and Druid, while Fanta brought Rogue, Shaman, and Warlock. Steelo’s fame ended up being well-deserved, as he took the match with a quick 3-1 victory.

The eighth and final match is between DDUPDDEP and Kodulgi. DDUPDDEP is a well-known name in the Hearthstone scene, although he does not have any large tournament wins. He plays for team genius. Kodulgi is an unknown, and plays for team NNA. DDUPDDEP chose to ban Warlock, while Kodulgi banned Shaman. DDUPDDEP’s lineup was Warrior, Paladin, and Warlock, while Kodulgi brought Paladin, Rogue, and Druid. In the end DDUPDDEP came out on top with a 3-1 victory. 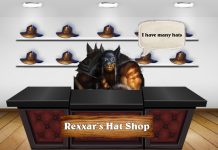