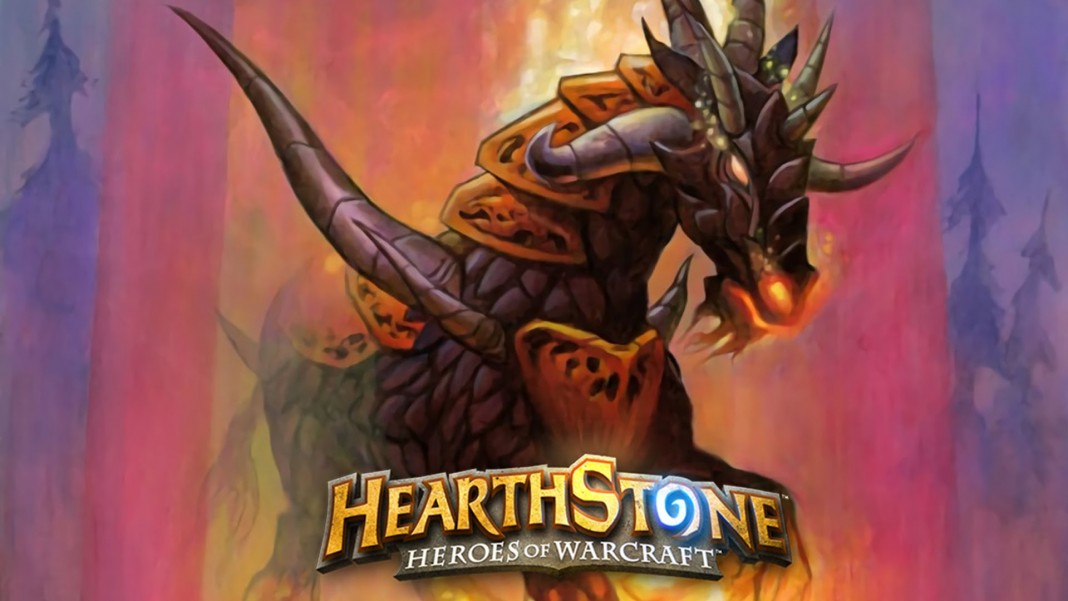 Dreadsteed Guide
Introduction
This deck has been around since the release of TGT, but has never found a solid place in the community due to its difficulty to play and unreliability. However, it is one of the most enjoyable decks in the game to play. The goal in this deck is to create several Dreadsteeds and make use of their infinite lives to slowly chip away at your opponent. Given a long enough game, you simply have more removal than them due to the essentially infinite pings you possess. Most importantly, however, you get to watch your opponent pull their hair out while you laugh at the thirtieth pony to enter play.

This is a very controversial decklist. This version was made during a very aggro-heavy meta, so it is entirely designed around staying alive until you are able to make a bunch of ponies and slowly wear down your opponent. It isn’t as strong as some of the decklists against control, but it has a very solid ability to survive. If you are playing in a more control-heavy meta, feel free to sub in a lot greedier choices such as Anima Golem. 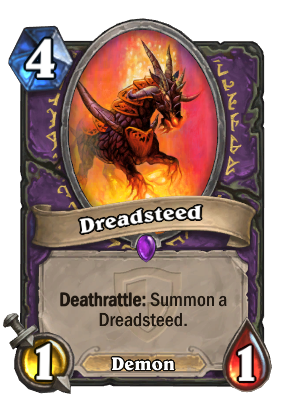 Playstyle
This deck has one real goal: make a bunch of ponies. Your plan with this deck is to get to a point where you can play a Dreadsteed, have it stay in play for a turn (I.E. not silenced or stolen) and then play Baron Rivendare and kill off your Dreadsteed several times to create multiples. There is one thing that can go wrong here however, and that is generally referred to as going “full pony”. Basically you don’t want to fill your entire board with Dreadsteeds, or your opponent will be able to stop you from playing anything else and will be able to either stave off your damage long enough for you to go into fatigue (because you will have drawn a lot to get your combo) or simply build up their own damage and combo you down without you being able to use Healbots or Jaraxxus. So what you’ll really want to do is make 3-5 Dreadsteeds, then kill off your Baron. As long as you have two open spots for other creatures, you should be fine. Once you have a bunch of ponies down, use them to slowly decimate your opponent’s board and eventually chip away at his health. It is slow but extremely satisfying. And you can make it a lot faster by playing Mal’Ganis to suddenly have five 3/3s in play. Jaraxxus can also be used to gain an advantage over late game control fights, creating a train of 6/6s to complement your 1/1s is no small matter.

Good Matchups
Aggressive decks are actually some of the best for this deck to face. Because this deck has so much healing, taunt, and board clear, you should be able to stay alive, and if you are able to get out Dreadsteeds they are perfect for taking down aggressive low-health minions. Also, your Dreadsteeds will soak a lot of random damage from Knife Jugglers/Flamewakers/etc. This deck can also be very good against Midrange, but you’ll have to be careful that your opponent doesn’t silence your Dreadsteed before you are able to create copies.

Bad Matchups
Control decks are very difficult for this deck to deal with, due to their own survival nature. Warriors simply need to armor up and deal with your non-Dreadsteed threats and you won’t be able to break through their armor in time to kill them before you hit fatigue, unless you were able to create ponies very early. That being said, Warriors don’t have any silence, so you can drop your Dreadsteeds very early. Priests are awful simply because they use Cabal Shadow Priest, and your Dreadsteeds are the perfect thing to steal. Against Priest be sure to create copies of Dreadsteed the turn it hits play, or be ready to have your only one stolen.

Level of Overall Viability
Of all the unconventional decks, this is one of the more viable ones. Because of the amount of drawing and survivability this deck entails, you can expect to draw and play Dreadsteeds in nearly every matchup. At that point it’s just a matter of whether they can burst you down or if they can sustain long enough to live despite your one damage pings. But if you are able to get a Dreadsteed + Baron combo off, you are very favored to win. Overall, I would say that this deck isn’t the best for climbing ranks, but it also isn’t going to plummet you, if you’re looking for a fun deck to play around with without losing too many ranks, this is a great one to try.

Level of Fun
This is easily one of the most fun decks in the game. It may not be as fast as a one turn kill, but it is incredibly satisfying to slowly wear an opponent down by killing everything they drop with one damage shots. It’s also one of the most enjoyable things to use Hellfire and watch five new Dreadsteeds stampede into play, one after another. It is also one of the most frustrating decks to play against, since all of your board clear does nothing, and anything you play will just die to a hoard of hell-ponies. If you have the cards, I highly recommend this deck if you’re looking for some fun.