Anyone who’s played Hearthstone can tell you about THAT game. The game in which they faced the against the Fatigue Warrior deck that ended up winning a 30 minute long game of Hearthstone.

Although it seems annoying to play a long game of Hearthstone due to the very aggressive, fast-paced meta the game currently enjoys, those decks represent a direction that is both healthy for Hearthstone and its competitive scene. By creating an atmosphere that requires thinking turns in advance, control decks increase the skill level of both sides of the game.

One of the best examples of this is the player Lifecoach, who is known for “roping” on each of his turns, taking the full time available to him to optimize his plays for the next several turns. He is known as a very skilled player because of this, and he has placed well throughout his career, his in depth knowledge of the game only growing as he plays.

Warrior is one of the most complex classes to play at a high level, especially due to the fact that the only deck currently viable for Warrior to play is a 13k dust monstrosity called Control Warrior or one of its variants. Before the nerf to the card “Warsong Commander”, the deck Patron Warrior was considered to be one of the highest skill caps in the game. In each case, good Warrior players are often in the top echelons of Hearthstone players because of their ability to plan the game out many turns in advance, fulfilling their victory conditions in advance.

Other decks that fall under the label of “Control Deck” include Freeze Mage and Control Hunter. Both deal very well with aggro, but not as well with midrange. All these decks increase the length of a match and the skill required to play. Thus, by extension, they also increase the skill of both players in the match.

By slowing down the game and requiring players to think many turns in advance, control decks secretly force players to get better at the game, even if they don’t know it. 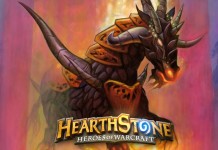