We’re a month into the Boomsday Project expansion now, and the top decks are becoming very apparent. Warlock took an early lead, dominating the meta for the first couple weeks. Now it has settled a bit, with some other classes able to show what they are worth as well. Perhaps most notable is the lack of difference in meta between Boomsday Project and Witchwood, with some exceptions. The decklists we’ve used here can all be found on TempoStorm.

Perhaps unsurprisingly, Warlock and Druid are the two most successful classes in Boomsday Project so far. Warlock has two decks currently considered tier one: Even Warlock and Zoo. Even Warlock is a deck that was extremely powerful in the Witchwood. This expansion added a few new cards to it, providing even more ways to deal with aggressive decks, which it previously had some issues with. Both Hooked Reaver and Shroom Brewer are efficient minions that provide incredible ways to come back from behind, pushing aggressive decks out as counters. Spirit Bomb also provides some nice utility against nearly all archetypes. Gul’Dan remains an incredible Death Knight, potentially the strongest of them all, even without the Cube Lock archetype.

Zoolock has also made a huge comeback this league, but in an entirely different archetype than we’ve seen before. Instead of just flooding the board, this deck makes use of healing. Fungal Enchanter is an incredible new card that is a huge bonus for decks that want to trade minions often, like Zoolock does. They then compound off of it to add Happy Ghoul and Lightwarden, alongside Voodoo Doctor for more healing. Prince Keleseth rounds out the deck perfectly, providing nice buffs to the mass of minions coming at you, healing all the way.

It can’t be ignored that The Soularium has contributed in a major way to the revival of Zoolock. A deck that has many low cost cards and discarding cards benefits massively from additional cards in hard, even if only for a turn. For a class that usually spends more and takes damage to have a single extra card, The Soularium is a huge benefit.

Druid is just overall an incredible class. The truth of the matter is simply that Druid’s cards are overpowered. The class has so many good decks without having too many incredible synergies because the individual cards are extremely powerful and synergistic by nature rather than by merit of sharing a tag. Wild Growth, Branching Paths, Oaken Summons, Spreading Plague and Ultimate Infestation will keep Druid in the number one spot until they rotate out.

Having talked about Druid’s lack of necessary combos, let’s talk about its main combo deck! Togwaggle Druid may be the most interesting deck in Hearthstone’s existence, to me. It combines my favorite archetype, mill, with a neat combo to finish your opponent. Your goal with this deck is to run your own deck down to zero cards, then take your opponent’s deck. You do this through using King Togwaggle. This wasn’t possible in the past because the ransom card he gives your opponent allows them to swap back. However, by combining it with Azalina Soulthief you can simply swap the decks again, leaving them with the deck with no cards in it, and no options left. Boomsday added Dreampetal Florist, which alongside Twig of the World Tree provides two solid ways to play Togwaggle and Azalina in the same turn, allowing the deck to be far more than a meme and be truly strong. 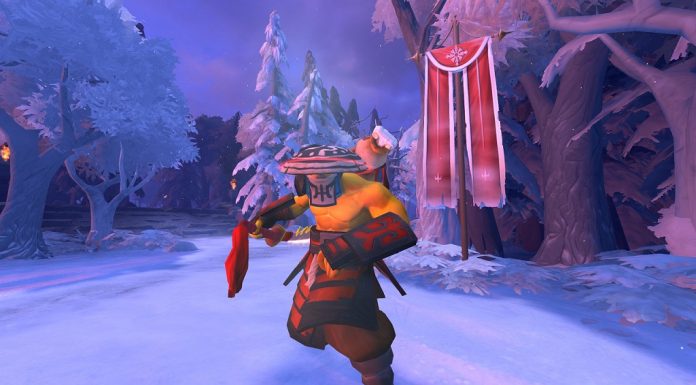 Token Druid had Giggling Inventor and Arcane Tyrant added, providing yet another way to create tokens in a deck that makes use of tokens extremely well. Nothing really to see here — it was a great deck before and it’s a great deck now. Malygos Druid got a few extra stall cards as well as Flobbidinous Floop, which makes combos even easier and is able to be used over multiple turns. When a deck is good and then is given a second win condition in a single card, it tends to stay good!

To me, the biggest surprise factor is Hunter. Hunter has been bad for ages, despite getting good card after good card. The class just never really found an identity that properly worked in competitive play. Well, now it has. Currently Deathrattle Hunter has the highest win rate of any deck, according to Vicious Syndicate’s logs. The really interesting thing about this is that it doesn’t actually have nearly any new cards. In fact, the list on TempoStorm is only using two new cards: Spider Bomb and Giggling Inventor.

Giggling Inventor is just a generically strong stalling card that many control decks are using at the moment. It’s quite reminiscent of Dr. Boom, both in triplicates and annoyance. Nothing particularly interesting about its addition here, though.

Spider Bomb is a different story. Spider Bomb is a magnetic card and is meant to be used with other mechs. However, due to its raw power, the Deathrattle Hunter deck simply uses it as a generic Deathrattle minion, and it was enough to finally push the deck up to, well, the best deck by the numbers. Spider Bomb turns Play Dead into a one mana destroy a minion spell. That alone is a huge addition, not to mention that the card itself is incredible.

The rest of the deck is just a generic Deathrattle Hunter making use of the Carnivorous Cube card and archetype in order to control the board through massive card advantage. Cards like Kathrena Winterwisp and King Krush provide meat at the top end, and if all else fails then Deathstalker Rexxar is there to create an infinite supply of beasts. Long story short, there’s no out-valuing this deck. 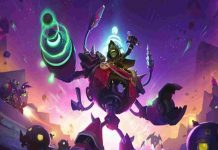