If you’ve been keeping up with the new Boomsday Project expansion, or even playing it yourself, you’ve probably encountered Hearthstone’s Magnetic mechanic.

The Magnetic keyword is entirely new and exclusive to mechs, although it does act very similar to Rexxar’s beast crafting mechanic. It is a very strong mechanic that has easy potential to be overpowered, but seems to have been implemented very well to avoid this, similar to the Echo mechanic in this regard. It’s definitely a mechanic that sees a lot of potential to be explored further in the future.

Magnetic is a new keyword exclusive to mechs. A mech with Magnetic has the ability to fuse with any other mech currently in play on your side of the field. Just like with Rexxar’s beast craft ability, fusing two mechs will add all of the stats and lines of text to the resulting minion. So if you have a 2/2 mech and you add a 1/5 mech with taunt to it, you will get a 3/7 mech with taunt as the result. The fusing itself is done by placing your Magnetic minion to the LEFT of a mech. If you place it to the right, you simply summon the minion.

This mechanic is interesting for a variety of reasons, but one of the bigger ones is that it puts a lot more focus on strategic positioning. Yet another layer of complexity to the game. But more on that later.

The Power and Importance Behind Magnetic

The idea of giving a minion extra stats isn’t anything new. Buff cards have been around since the start of Hearthstone. Synergistic cards certainly aren’t new this expansion either– We’ve had mech synergy before. So why is this mechanic so interesting?

Ignoring the placement factor for a moment, this mechanic does one of the things that I appreciate most in Hearthstone or any card game. It allows the player to have real choices even after the deck building process.

For a long time, Hearthstone has struggled with the fact that once you built a deck, many of them would play themselves. Play on curve, attack the obvious minions, repeat. Nothing too interesting in casual day-to-day play. This is a huge problem, and one that Blizzard is clearly trying to address.

The Magnetic mechanic is a huge step on a road that they’ve already started walking down. The Choose One mechanic isn’t new, but it was brought back in a big way recently in both its own keyword and the Discover keyword. Giving players more options is good, it separates the good players from the great. Magnetic is the next step.

Magnetic allows players to decide between buffing their existing board or expanding it. It forces players to think about what removal spells are in their opponent’s deck and whether or not they want to push through that extra bit of damage. Playing around your opponent’s deck even after the deck building process is a huge thing for Hearthstone, and something they should embrace!

The Magnetic mechanic is designed around where you place your minion on the board. If you place your Magnetic minion to the left of a Mech, the two will combine. If you play it to the right, they will not and you will have two minions instead. On a technical level, this is both impressive and worrisome for Hearthstone.

Just a year or two ago, Hearthstone was still experiencing issues where it would sometimes shuffle the board. This is a bug that has persisted since Beta, and even back then it could be game losing if it put your Dire Wolf Alpha in the wrong place. As of today, the bug has been fixed and they are releasing more mechanics that directly impact board positions. It definitely leads the game in interesting directions as far as mechanics go.

However, this is also very worrisome. These placement bugs have persisted for a long time, and if they return even sporadically it will have massive implications. Magnetic as a mechanic would be unplayable if the minions accidentally swapped places even one in every dozen times. Hearthstone hasn’t had the best track record with bugs and this has been a persistent one, so it will be interesting to watch if this returns.

The other issue mechanically is mobile. Hearthstone has been making a huge push towards putting themselves on phones and this mechanic is not nice at all for that push. I sometimes drop my minions in the wrong place accidentally on PC. In the phone where it’s tactile-sensitive, drag required and small, I misplace my cards often. Typically it doesn’t really matter, but now that’ll change. It surprises me that this mechanic is coming out for a mobile game, but hey, maybe I’m the only idiot who can’t keep his finger on his screen! 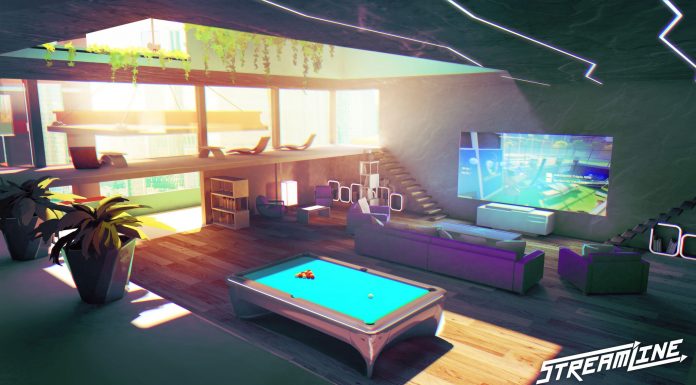 The strengths of the Magnetic mechanic are both more and less than you’d expect, and I think that’s a very good thing. Buff cards in Hearthstone are incredibly strong because they can be applied to minions who are already ready to attack. Minions that have Haste are intentionally understated to avoid an abuse of direct damage. Buff cards end up the exact same way since they are effectively direct damage from the hand.

With the Magnetic mechanic, I was scared that we would see  things like a five mana 7/2 Magnetic creature that completely dominates the meta. This is the strength behind such a mechanic: the ability to apply it at will and immediately. The drawbacks are exactly what I said, that there is a lot of potential for abuse. Blizzard did not do this.

I watched the Magnetic mechanic reveal and in it the developer directly discussed this issue and said that they were understating the attack of these cards in order to avoid these situations. This is a very good thing, and it was the right way to avoid abuse. But it doesn’t take away from the strengths of Magnetic.

The true strength lies in versatility. I’ve always advocated for lower power cards that have multiple options, and this is exactly what this Magnetic mechanic is. You can play a five mana +5/+5 buff, or you can just play a five mana 5/5. Neither is particularly game breaking, but both are useful. Being able to choose between them is amazing and promotes the Hearthstone that I want to see more of moving forwards.

Previous articleThese Are the Top Decks in the Boomsday Project Expansion
Next articleTournament Involvement: Interviews with Rase and Dog 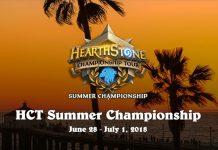