League of Legends Stephen Draper -
-418
Nexus Blitz has been a mode showcased several times now within League of Legends. It’s entirely different from the main game, and in it's...

As anyone who has played competitive Hearthstone is aware, Blizzard has had a poor track record when it comes to nerfing cards in Hearthstone. They used to do balance changes often back in Beta, but as soon as the game officially went live the changes ground to a near complete halt. Back in Beta there were balance changes every two or three weeks, which meant that if players thought that a particular card was too unbalanced they had a valid forum with real results. However, that forum disappeared soon after.

Hearthstone officially left Beta and launched on March 11, 2014. At this point the meta was entirely dominated by Face Hunters and Miracle Rogues. Prior to release patches came every few weeks, but after release it was two months before the first nerf came, a very minor change increasing the cost of Unleash the Hounds by one. At this point Miracle Rogue is completely dominating the meta, both in competitive and ladder play. However, it was another four months before there were any attempts to nerf it. Leeroy Jenkins was increased in cost to combat it, and Starving Buzzard was practically deleted, since Hunter was still a problem as well. This patch came six months after release, and it was the first time Rogue had been touched since release. However, the nerf wasn’t enough, and three months later, Miracle Rogue was nerfed again, this time increasing the cost of Gadgetzan Auctioneer. 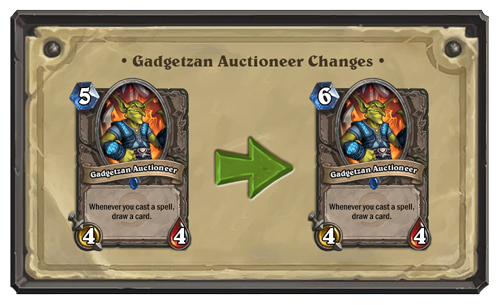 The implications of this second change are huge. It meant that Miracle Rogue was so broken that their earlier nerf wasn’t enough to stop it dominating the scene, and yet it had taken six months for the first patch to roll out. This marks an acceptance on the part of Blizzard that a particular deck was simply too strong to be allowed to exist, yet it had been a staple of the meta for nine months at this point.
This pattern continued in Undertaker, a card that completely broke the meta, allowing Hunters to basically win the game on turn one unless their opponent had an answer. This card was allowed to stick around for a full seven months, from July 2014 until January 2015. It wasn’t as if the players had stopped communicating either, the forums were full of people complaining about the power level that the card allowed Hunters to have, but Blizzard simply did nothing about it for over half a year. 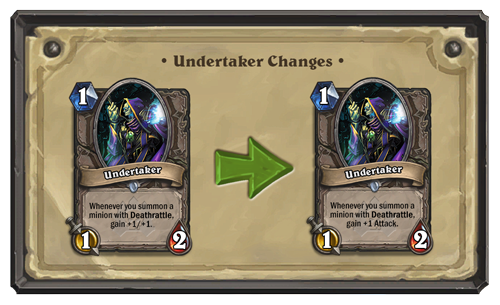 Nothing was learned, and the famous Warsong Commander nerf took place a full seven and a half months after the offending deck appeared. Grim Patron was released in April 2015, and wasn’t dealt with until October of the same year. One of the most interesting things here was that despite the deck’s complexity, this deck didn’t take a very long time to begin dominating. Within the first two to three weeks after Grim Patron’s release, it was already a common deck, with its popularity only rising from that point. The deck was not only incredibly strong, it made for very boring gameplay, so the tournaments in particular became a complete snoozefest for months. 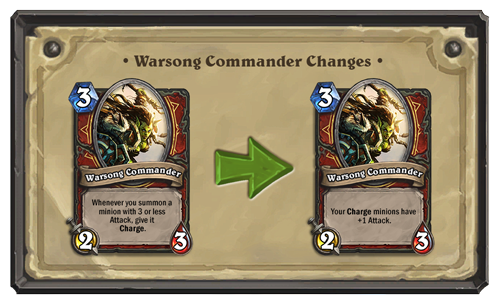 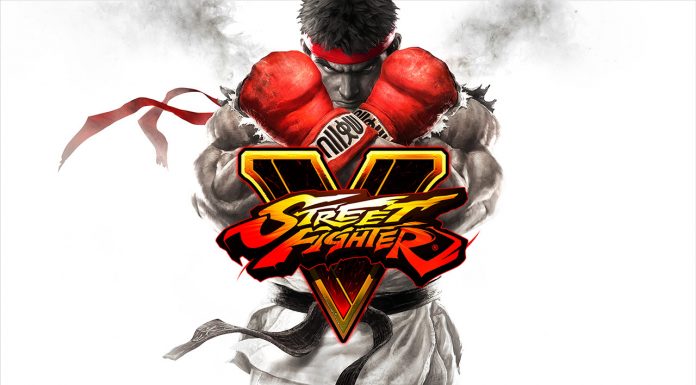 In all of these cases, Blizzard decided they didn’t want to impact the game directly, hoping that players would be able to figure out nerfs on their own, or releasing new cards to combat the problematic cards. In the case of Miracle Rogue, they released Loatheb, a card that increases your opponent’s mana costs by five for the next turn. For Grim Patron, they released Chillmaw, a card that deals three damage to every other creature when it dies. In both cases, these cards were stunning failures in the department of countering the overpowered decks, causing Blizzard to nerf them anyway. It forced players to wait until the next expansion for these “combating” cards to be released, then another few months for Blizzard to establish that the cards had failed, all while the ladders and competitive scene were full of the offending deck.

Current State of the Game

Now, Blizzard is making use of their new format, Standard, to cycle out a lot of the problematic cards that people are complaining about. They even decided to cycle out a questionable card, Old Murk-Eye, because of the prominence of Murloc Paladin. That’s all fine and good for the current state of the game, but what about when they release something else overpowered in the next set? If the current system is stuck with, then players will be forced to deal with that overpowered entity for up to two years before it cycles out, since Blizzard has proven they won’t be willing or able to combat it properly. Also, the Wild format, in which all cards are able to be played, proves to be somewhere that will simply be overpopulated with incredibly powerful decks after each untouched overpowered deck eventually slides there.
Currently players are dealing with Secret Paladin, an incredibly powerful deck that has been dominating the meta since the release of The Grand Tournament back in August of 2015. At this point that is seven months of dealing with a deck largely based around one offending card, Mysterious Challenger. There have been countless pleas, complaints, rants, satirical videos, etcetera asking Blizzard to nerf it, and yet the card prevails.

Hell, look at Magic the Gathering, that’s a physical card game and they accept that they need to ban certain problem cards, and do so often. Hearthstone is a digital platform, making nerfing extremely easy, yet Blizzard chooses to not partake at all. If the current system continues to be the one they deal with in the future, they will either need to become MUCH better at weeding out overpowered cards in the development stages, or accept that they will be forced to nerf cards every once in a while.

Previous articleThis Week in Hearthstone: Week One
Next articleHearthstone Reveal of the Old Gods 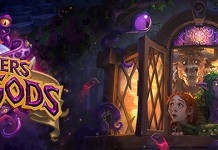