General Stephen Draper -
-6.8k
Path of Exile Shaping Before you start shaping your Path of Exile Atlas, we suggest you read our introduction to the Atlas. Once you have...
Featured image via 3D2 Entertainment.

Too lazy to read? Watch our review in less than 4 minutes.

As a big fan of puzzle adventures and horror games, The Crow’s Eye by 3D2 Entertainment was definitely on my “must-play” list. The Crow’s Eye is a first-person puzzle adventure, set in a dark, dank, and curiously empty medical university in 1966. Your stoic character is only visible in the form of a hand in front of you, illuminated by the flickering light of your trusty and never empty zippo lighter. Your mission? Investigate the “mysterious disappearances of students and faculty 20 years earlier,” according to the Steam description of the game.

You begin the game with no mention–or knowledge–of your identity, alone in a dark study. While I knew little about the game, it instantly felt like a classic room escape challenge, meant to teach you how to get around. The controls are basic–WASD for movement, mouse to look around, and E to examine. I quickly learned that you can also throw bottles, which is great. There’s nothing like starting off a game like a bull in a china shop and seeing what you can smash. Automatically applied is the option for having objects you interact with appear to flash, so that you can find them in the dark atmospheric setting. Sadly, only plot-relevant items are readable, which speaks to how incredibly spoiled we’ve become as far as interactive level design is concerned. Goddamnit, if there’s a newspaper on the floor or old medical documents, I want to read it. Outside of the occasional crafting ingredient, you’ll come to relish the arrival of letters heralding new developments to the game’s storyline–other than the smashable bottles, there isn’t much else to interact with in the environment.

All of your crime fighting is in the form of reading letters, listening to recordings, and solving seemingly unrelated puzzles. The story revolves around four main characters: Benjamin Bennett, Dr. William Holtwick, Robert Kansas, and Evelyn O’Donnell. Both Bennett and Kansas were detectives, trying to solve the same mystery you are. Dr. Holtwick is the head honcho of the university, and is still kicking about the scene, as he frequently shouts at you from the PA system, babbling in unhelpful tangents that only distract from the puzzles at hand. 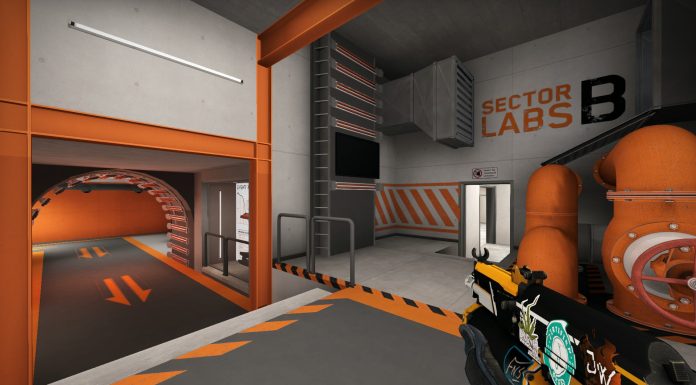 My first impression of the puzzling in The Crow’s Eye was positive–the simple tutorial puzzles were a breeze, and had some clever little bells and whistles attached to them. The issue is that this level of difficulty was maintained throughout the game. Puzzling in the Crow’s Eye has a few forms, none of which are new, and all of which are insulting to your intelligence. With the exception of one or two puzzles, most of them could be completed without having to take in the scope first–you can easily rush in head first, and rarely feel overwhelmed, confused, or lost. A horror game is the only experience that I actually expect to feel anxious in, and this game did not quite deliver. There’s no fighting in Crowswood. No bosses, no enemies, no actual danger. This can be a mortal sin in the horror genre, as the absence of danger removes a key source of tension. Instead, most of your health is endangered by way of your own screw ups when you’re jumping between platforms – and don’t worry, you’ll be doing a lot of platform jumping, since that’s one of The Crow’s Eye’s three main “puzzle” types.

Jumping and good timing are important to advancing through the environment of The Crow’s Eye despite the physics being rather clunky, and, of course, the whole ‘experiment’ set up doesn’t just pay homage to Portal. Some areas of this game are Portal, or at least desperately want to be. You are even given an “electromagnet” to help pull you to and from surfaces and move garish glowing  boxes around to further assist with jumping and button-pushing. At first, it feels charmingly referential. After the third jumping and cube-shuffling exercise, it feels like you bought the $2 street corner ripoff of Valve’s baby. Seriously, check these out.

You know what made Portal new and innovative? The damn portals. Don’t get me wrong, the great story solidified Portal’s status as a video game classic, but much like Half-Life 2’s Gravity Gun, Portal’s mind-bending physics were what challenged the player in an innovative way. The Crow’s Eye takes all of the duller mechanics (platform jumping, timing, ‘electrogun’) from Portal and neglects the important parts (i.e, story, portals). It feels like the financiers for the project couldn’t decide whether they liked Portal or Bioshock more, and decided to create a bastard child of both games. The result? A mashup that absolutely no one asked for. At least Bioshock’s visual aesthetic–needle health gauges, brass knuckle-esque menu, old-timey gramophones, coin-operated fortune machine save points–meshes well with the game’s general atmosphere. But even the smaller mechanics in the game, like opening safes (easily sounded out tumbler by tumbler), picking locks (ever play Operation?), and crafting (cloth+tape=bandage, hurr durr) felt uninspired or done before.

As much as I might shit on other areas of the game, the sound design was a saving grace for The Crow’s Eye. The musical compositions throughout the game were enjoyable and catchy, but not in a cloyingly sweet way–the subtle music changes throughout gave each area a distinct feeling. While the handful of jump scares in The Crow’s Eye might make you gasp a bit, it was the sudden and shrill tones accompanying random lights shutting off that really got your heart racing. Playing without headphones for a minute, you notice how frightfully benign the environment feels without the combination of panicked breathing, deep bass chords, and footsteps echoing off the walls. However, the use of a stock sound effect for all breaking bottles and glasses quickly gets tiresome, and sounds canned when used repeatedly in short period of time–it’s noticeable to the point where it reads as either an inside joke or a last minute addition. Overall, the sound design made this a horror game more than any other element, and whoever was responsible for the game’s audio deserves a massive round of applause.

The voice acting was well-modified to sound like tape recordings, but the actual acting left a little to be desired. The primary antagonist of the game, Dr. William Holtwick, is voiced by Ryan Wiley, to my great chagrin. While Wiley is obviously talented and has an excellent voice for video games, I have to wonder what the direction was like in the recording studio that lead to the final, grating results. I can only imagine it’s something like this:

Director: “No, no, Ryan, we’re going to need you up another three octaves. Channel 80’s Batman Joker, but on a handful of speed and halfway through a box of whip-its.”

This final result is this.

If the dialogue was great, maybe the voice acting would be suboptimal and grating still, but at least you’d pay attention to the information being conveyed. However, the writing leaves quite a bit to be desired. Since 3D2 Entertainment is a small company, and appears to be staffed by Barcelona natives, some odd sentences here and there are forgiven–and for the most part, the dialogue is understandable, albeit, uninteresting and unnecessary at times. However, mispronunciation is kind of a strike against the game, and it happened enough times to warrant a note: in the words of the great Hermione Granger, it’s “per-FID-ious,” not “per-FYE-dus.” Small details like this can easily take you out of the environment and transport you to your dictionary, wondering why a medical doctor wouldn’t know such things and why on earth you spent four years getting a liberal arts degree to correct the pronunciation of an unimportant line of video game dialogue.

A bigger sin is the story arc. You are investigating disappearances – namely of your father, who you discover is *SPOILER* Benjamin Bennett, but also of the missing students. It’s not that you don’t discover what happened to them. You get an answer early on in-game, but it is a footnote, rather than a chapter of the story. Bioshock was fantastic because of the mind-bending writing–the game’s infamous twist ending made you sit with your mouth agape. The Crow’s Eye is predictable, and it ends the only way it can end, as the plot builds from you, investigating, in a strange place with no context, to you, investigating through puzzles, in a strange place with a little context that feels …. Boring. All these letters and recordings a la Bioshock in the beginning allude to the strange happenings at Crowswood, but towards the end they flat-out state what has happened, who is related to whom, and the “big reveal” in the game’s final sequence has already been pretty clearly outlined by a total stranger you interacted with for ~20 seconds. The first face-to-face interaction raises more questions than it answers, but not in a fun way. It’s more of a “what the fuck” way.

A little studio with a big heart will win me over every time, but only on the strength of their originality and new ideas. I recognize this was an extremely ambitious project for a 6-person development team, the clear and blatant appropriation of successful elements from other games–Portal, Bioshock, and Half-Life 2, among others–absolutely killed it for me. I can appreciate the work and love that went into this project, but 3D2 Entertainment desperately wants to be Valve. And you can’t be Valve when Valve is already Valve.

Considering the circumstances, the team at 3D2 Entertanment did a fantastic job with resources, graphics, and putting together a full, elaborate game and environment with such a small independent staff. But as a game? The Crow’s Eye is a quick, fun puzzler that would be a 6 or 7 out of 10 if it wasn’t so clearly trying to imitate it’s bigger predecessors. If you haven’t played Bioshock or Portal, by all means, it might be worth the $14.99 for you. As for me, I would give it a 4/10, and recommend waiting for a Steam sale before shelling out for The Crow’s Eye.

Esports Edition was provided with a copy of the game by the developer, free of charge, in exchange for an honest review. As with all our reviews, we do not provide positive reviews for games unless they are earned through excellent gameplay. Please review our ethics policy if you have any questions. 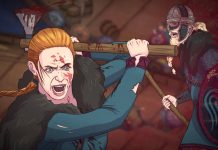