Dota 2 Eugene Torubalko -
-441
What to Expect for the Spring 2021 Dota Plus Update Dota Plus is a premium monthly subscription service in Dota 2. It comes with many...
Image by Esports Edition.

Are you in the market for a new gaming keyboard? If so, I recommend checking out the ROCCAT Vulcan 120 AIMO keyboard. I’ll admit this was the first ROCCAT gaming accessory I’d ever used, so I was a bit skeptical, but it blew my expectations out of the water. It is—dare I say—more enjoyable to use than my Razer keyboard!

What makes it so great? Let’s take a look.

I’m always a bit wary when it comes to gaming keyboards. I want something that will help increase my precision and timing while gaming, but I also don’t want my button-mashing to be overly loud. Nothing irritates me more than hearing the clicking sounds of a keyboard overtop of whatever game I’m playing.

The last gaming keyboard I purchased came equipped with a membrane, so the keys were quieter than a traditional mechanical keyboard. The ROCCAT Vulcan 120 AIMO, however, does not have a membrane, so I was a bit worried about how loud it would be. However, its award-winning design and newly developed Titan Switches are a joy to use. According to ROCCAT’s website, these new key switches were “built for gamers craving a key stroke that was swift and precise while still being tactile.”

All of the raised keys are fully exposed, and don’t hit any hard, plastic surfaces when pressed. This provides a smooth, relatively quiet experience, so you can have precise movements without worrying about your clicking being heard through your mic (or am I the only one worrying about this?). The keys being fully exposed obviously has structural purpose, but it helps the overall aesthesis too, because all that RGB light shines through every surface. It’s beautiful, and helpful if you prefer to game in the dark.

The ROCCAT Vulcan 120 keyboard has three buttons and one dial in the top right-hand corner that are specifically for media control. Two of the buttons are for muting and turning sound back on—labelled accordingly with a speaker symbol—and the volume dial gives you quick access to turning sound levels up and down. I’ve never used keyboard controls for volume, so it took a little getting used to, but is straightforward and convenient to use even when you’re in the middle of a game.

The third button—labelled “FX”—allows you to control the keyboard’s lighting effects, provided you download and install the required software. As mentioned above, the RGB lighting on this keyboard is amazing, and you’ll love playing around with all the different settings.

I only have two issues with this keyboard, and neither of them are major deal breakers.

First off, the wrist rest isn’t anything to brag about. Sure, it attaches to the keyboard magnetically, and that’s cool, but that’s about as good as it gets. As far as I’m concerned, it only adds another aesthetic element to the keyboard. As far as functionality goes, there’s no difference between using it or resting your wrists on your desk. The wrist rest would be infinitely improved if it was cushioned, which many other high-end gaming keyboards now include.

My second complaint is purely aesthetic: the RGB lighting defaults to an orangish red and can’t be changed unless you download and install the necessary software. Most accessories require some setup, but I was hoping the default would be a rainbow to show off the plethora of available color options. Again, this is a small complaint that few people will likely agree with.

A few reviews online stated that this keyboard took some getting used to because of the uniquely designed keys. However, I had no issue at all with it, and jumped right into a ranked game of League of Legends without any problems or adjustment period.

It might be because I type on a laptop keyboard all day at work, but using the ROCCAT Vulcan 120 AIMO keyboard felt incredibly natural. Having the keys separated from each other was also a game changer; I was worried about accidently hitting buttons together (this happens sometimes, my fingers aren’t super precise when I’m trying to land combos). However, having them raised apart from each other left no room for error at all!

The ROCCAT Vulcan 120 AIMO keyboard is great for gamers. It allows for precise, controlled use, and the RGB lighting is a beautiful aesthetic addition to any set up.

The ROCCAT Vulcan 120 AIMO keyboard is currently available for $159.99 USD at Best Buy. Other variations are available from Amazon.

Rest assured, all three variations of this keyboard are the same (minus the lighting and wrist rest options), so there is some wiggle room when it comes to your budget.

Esports Edition was provided with a ROCCAT Vulcan 120 AIMO keyboard for review by the manufacturer. As with all of our game and hardware reviews, our opinions are our own, and this article truthfully and accurately reflects our experiences with the product. Please review our Ethics Policy for more information about our review process. 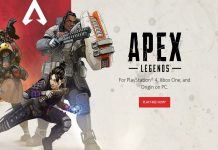