General Stephen Draper -
-6.8k
Path of Exile Shaping Before you start shaping your Path of Exile Atlas, we suggest you read our introduction to the Atlas. Once you have...
Image via Esports Edition.

The folks over at HyperX were kind enough to send out a couple of Pulsefire FPS Pro mice for my coworker and I to try out. They also included the largest mouse pad I’ve ever seen, their HyperX Fury S in extra large. Let’s jump right in.

Alright, first off, if you get this mousepad (in extra large) know what you’re getting into. When I say it’s massive, I’m not kidding. This bad boy is 900x420mm, or 35×16.5 inches. It’s big enough to cover almost my entire desk!

It’s a very nice mouse pad that lets any mouse glide across it, and looks amazing. That said, it’s far too big for my own personal day-to-day use. My coworker Kristine Hutter absolutely loves hers though, in part because it also stops her keyboard from slipping. Her exact words, which may get me in trouble, were that she is “really digging this huge mousepad lyfe”.

The mouse pad is also offered in 290x240mm, 360x300mm, and 450x400mm sizes, so there’s something for everyone. Just make sure you know how big the one you choose is! Apart from the size of the one I personally received, I have no complaints — it’s a very nice mousepad.

When I first used the Pulsefire FPS Pro, I didn’t like it. It’s a very big mouse and it was difficult for me to use comfortably. However, I got the hang of it after a bit of use.

That said, it is definitely a larger mouse. After my initial predicament I had several others try it, and while those with larger hands had no issue, I had at least one person who simply couldn’t get used to the large size in her smaller hands. Others with smaller hands got used to it fairly quickly. I wouldn’t stay away from this on the basis of hand size unless it’s something you’ve experienced with other mice previously, as the vast majority of testers found it a non-factor. However, the mouse is still quite large!

Ignoring the size, the mouse glides beautifully, especially on the HyperX mousepad. Each mouse button extends nearly back to my palm, making the buttons incredibly easy to push and very responsive. The groove fits your thumb nicely as well, allowing your hand to easily cup the mouse.

I personally would prefer a bit more traction on the right side of the mouse, but others have informed me that I am crazy on that front. I believe it stems from me being someone who employs a ‘tip-grip’ – that is I use only the tips of my fingers to hold the mouse. This is why I had such a hard time getting the hang of it at first. If you use your palm at all you’ll have no issues with this mouse, but if you use tip-grip you might find it tough to get used to.

The mouse is wired, so you won’t have any delay or cutting out, and the wire hasn’t gotten in the way at all while I’ve been using it. It’s also nicely cased in a fabric material to avoid wear and tear and provides a more pleasant touch.

The Pulsefire FPS Pro was, as the name implies, designed specifically for first person shooter games. Surprisingly the DPI is quite low by default, but it goes from 200 DPI up to a whopping 16,000 DPI at its highest setting.

You can choose how many presets you want as well, from one to five, and each preset can be fine tuned in intervals of 50 DPI, allowing for extremely precise customization. This makes the Pulsefire FPS Pro a perfect mouse for shooters, allowing you to snap your DPI quickly between two settings in order to have tighter mouse control while aiming down sights versus strafing.

Customization is where I have the biggest issues with the Pulsefire FPS Pro. For FPS games this mouse is incredible, but if you want something for MMOs this is absolutely not your mouse. Any MMO player knows: the more buttons the better. Alright there’s obviously a limit, but the Pulsefire FPS Pro doesn’t even make an attempt at reaching it. With only the two main mouse buttons, a scroll wheel with right and left buttons built in, and forward and back buttons on the side, this mouse is about as button starved as a mouse can be nowadays. It has the fewest buttons of any gaming mouse I’ve seen in a long time, which surprised me quite a bit. Even for FPS gamers I would expect a couple of extra buttons for convenience sake.

I’m not the biggest MMO player myself. I play Path of Exile quite a bit, which is more of an Action RPG, meaning there are far fewer buttons to deal with than a proper MMO. Even still, I have three extra buttons on my mouse (in addition to those on the Pulsefire), and I have all three bound to tasks which I use quite often. Going from that level of customization to the Pulsefire was a bit of a shock, and not a pleasant one. Again, I know that it’s an FPS mouse, but I feel like it should have had an extra button or two. Just because I play FPS’s doesn’t mean I exclusively play them!

Talking to others found the same opinion. Kristine Hutter stated her surprise that it had so few buttons, referencing other mice that had buttons on both sides. She said that the lack of buttons was a huge drawback if you wanted to explore outside FPS’s or MOBA’s. She also said it’s well catered towards the FPS crowd, which I agree with.

I didn’t delve too far into the customization for the existing buttons, because I feel that all of them are required on a mouse. That said, you can change them to be whatever macro or button sequence you’d want. I just want a few more as blanks.

The Pulsefire FPS Pro is a mouse made for FPS gamers. It glides well, has easy (and many) DPI settings, and allows you to customize your personal gameplay to minute details. The DPI options go higher than any mouse I’ve experienced, so if you’re looking for fine control at the highest settings, look no further. The lack of buttons is a huge drawback for any modern gaming mouse, but if you know that you won’t have any use for extra buttons, then the Pulsefire FPS Pro is the mouse for you. 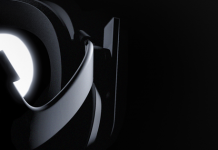 Racing in Virtual Reality and What You'll Need