General Stephen Draper -
-6.8k
Path of Exile Shaping Before you start shaping your Path of Exile Atlas, we suggest you read our introduction to the Atlas. Once you have...
David and Goliath, via themico.deviantart.com.

There are good and bad matchups in the top lane, but “true” hard counters are a myth, or at least an exaggeration. Every lane is salvageable if you’re willing to play patiently and survive your lane. In fact, any champion with a big enough lead is capable of stomping even their perceived counters. Don’t let these “lane bullies” beat you at their own game, and remember that you can always outplay them and, perhaps more importantly, look for opportunities outside of the lane to win the game.

What is a lane bully? The biggest determining factor for whether or not a champion is a lane bully is their lane matchup. While Darius can easily bully melee champions like Malphite, he’ll have a tougher time against a ranged champion like Jayce. Another factor is the stage of the game: Shen may have the tools to bully Irelia pre-6, but his ultimate is useless in a 1v1, whereas Irelia’s is quite useful. Any champion can lane like a bully, but the player with an advantage is the player that gets to bully their opponent.

There are four basic strategies employed by lane bullies, counterpicks, and other champions who have a favorable laning matchup: interaction, denial, prolonging, and snowballing. We’re going to approach the laning phase from the perspective of the “lane bully” first, before moving on to review the situation from the perspective of you–their “victim”–to see what you’re able to do to salvage a bad laning matchup.

Bullies want to trade damage, all-in, or tower-dive you.

Example: The easiest way for bullies to exploit their inherent 1v1 advantage is to trade damage and attempt solo kills. Bullies like Renekton and Darius want to fight you, since it’s the best way for them to snowball. Champions like Pantheon or Quinn rely on obtaining an early lead to win games.

Response: Don’t try to beat the fighters at their own game. Only take the most favorable trades, and don’t get cheesed by ignite tops. Lane bullies love nothing more than you deciding to walk up and stand in melee range, so don’t make it any easier by “going on” them when they’ve still got all their spells up. Instead, make them come to you. Don’t let Renekton land his empowered spells on you, and don’t trade hits against Darius, because he’ll put max Hemorrhage stacks on you. Avoid getting solo killed at all costs. If you play tightly and don’t make sloppy trades, your opponent will only be able to freeze the lane and deny CS, which is bad for you, but not as bad as getting solo killed or ganked because you got chunked and became and easy target.

Lane bullies prevent you from getting last hits by freezing the wave and harassing you during last hitting–this is commonly referred to as “contesting.”

Example: Frozen waves cause a lot more of your minions to die from minion damage than if your opponent had shoved the lane towards your tower. Your opponent can harass you when you attempt to last hit, and as minion damage accumulates, he can punish you for walking up to a stacked minion wave.

Response 1: When you’re getting denied in lane, you have to wait for the freeze to finally break and come to you. It’s really important to not get chunked going for two or three last hits if it jeopardizes your chances of collecting the rest of a massive wave. Consider that when you are low HP and attempting to last hit a wave under tower, the enemy jungler may be looking to dive you and deny the wave. Trinket the nearest bush if you sense a dive coming.

Response 2: When an opponent is freezing the wave on you, force him to unintentionally push the wave. This is a straight but subtle outplay. The best way to do this is by standing either in or near your minions when your opponent auto-attack harasses you or casts area of effect spells. If your opponent is going to harass you for collecting your last hits, make sure it is at the cost of breaking the freeze. Remember: hostile auto attacks, but not hostile spells, trigger minion aggro. When a Jayce auto attacks you from cannon stance, your minions will attack Jayce while his minions keep attacking yours, thus pushing the wave towards you. I’ve beat countless Darius and Renektons who, during their strong points in the game, carelessly shoved endless waves into my tower, giving me a chance to safely freefarm despite my losing position. On the other hand, if your opponent is successfully bullying you and you’re getting zoned really hard, make sure you stay in XP range of the minion deaths. Experience can be just as important as gold.

Example: When the lane bully has an advantage, he wants to keep laning instead of creating opportunities for the opponent to take an advantageous teamfight. 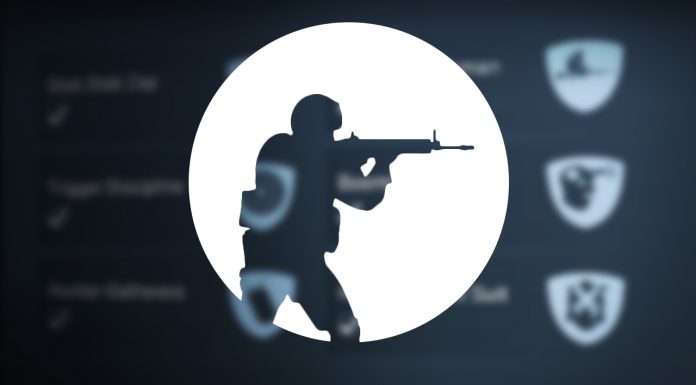 Response: When you’re in an abusive lane, do everything you can to break the status quo. Sometimes that means you have to suck it up, accept that you’ve been temporarily bested, and leave your lane. Make cross-map plays for towers, dragons, or baron, and call for lane swaps to get you out of the 1v1. Grouping up is rarely a bad choice. Consider the strengths of your own champion and the fact that your opponent’s champion may not be a powerful in teamfights as they are in a solo matchup. Common lane bullies like Darius, Renekton, Pantheon, Jayce, Quinn have more difficult team fights than they do lane phases, so try to force them into a bad situation if you think you have better teamfighting tools. However, be careful about making cross-map plays when your lane opponent is freefarming and pushing towers. If your play fails and you don’t find a way to net your team gold, the split-pushing lane bully will have snowballed his lead.

Lane bullies don’t just want to maintain a gold and experience lead, they want to grow it.

Example: As the game progresses, gold leads must scale in order to stay relevant. Teams or players with small, but tangible advantages should be looking to make plays to grow their lead.

How to stop the snowball: Recognize when your opponents have more to gain from all-in situations. If they’re ahead, avoid the dragon fight and try to get farm or a turret on the other side of the map. Lane bullies like Darius, who can get early leads, want to make big plays and start teamfights during the mid-game. It’s okay to play catch-up and depend on your team’s scaling instead of losing a game-ending confrontation. As the laning phase ends and you’re able to spend more time grouped with your team, lane bullies like Jayce and Pantheon will become a lot weaker, especially if you can force the other team to group up for 5v5s.

At the end of the day, lane bullies are fairly simple, and they want four things: to interact with you, deny minions, prolong the lane phase, and snowball. Smart players will employ these strategies against you, and it’s your responsibility to react properly to prevent getting dominated. Yes, you’re going to have to play reactively. It’s never ideal to be playing at the mercy of your opponent, but recognize that you’ll still have plenty of opportunities to make your own plays every game. 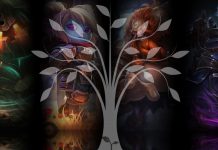