We’re three weeks into the Harvest League now, and it has been a bit of a rocky start. While many players have been enjoying the crafting aspects of Harvest, many others have complained that they feel that they are basically playing Standard league. This is only exacerbated by the rarity of the important crafts, meaning even those playing a ton would have very few opportunities to improve their gear. Well, after two weeks of players dropping like flies, GGG put out a rather large balance patch that has changed quite a bit.

One of the bigger complaints from many players, myself included, was that you didn’t get more seeds in high tier maps. You could use the seeds on higher item level items, but other than that there was no advantage to farming tier 15 maps over farming tier 1 maps. Which felt wrong, given that we were clearing much harder content. This was addressed, with a flat doubling of all seeds dropped in tier 16 maps, and a linear increase from the start of maps up to that point. Now doing higher level content actually feels more rewarding in terms of the options you are given.

On the same note, they doubled the drop rate of tier two seeds across the board. Meaning you’ll get around quadruple the number of tier twos as you were before, if you’re running tier 16s (double the seeds and double the drop rate). They didn’t increase the drop rate of tier 3 or tier 4 seeds, but because of the doubled tier 2s, you on average get them far more frequently, just not more frequently per plot. As someone who has farmed quite a bit since the patch, I no longer have any shortage of tier 3 seeds, and always have 2-4 tier fours, minimum, in my stash.

At the same time, they acknowledged that the drop rate of the good crafts (annuls, exalts, and annul/exalts) were too low, and have drastically increased their appearance. And I do mean drastically. Without any flowers to boost you, you’ll find an average of one of the three crafts per plot of tier 1 seeds. With flowers to boost your odds, you’ll find up to 3-4 per plot. It actually feels like enough that you can make all your gear yourself without buying seeds, which is exactly what I and many others have been doing. A great league for SSF, for sure!

For a bit more reference, in under a week since the patch I personally have gathered 5 augment critical crafts, something that before the patch was going for 10+ exalts. So, when they say they upped the appearance, they mean it. 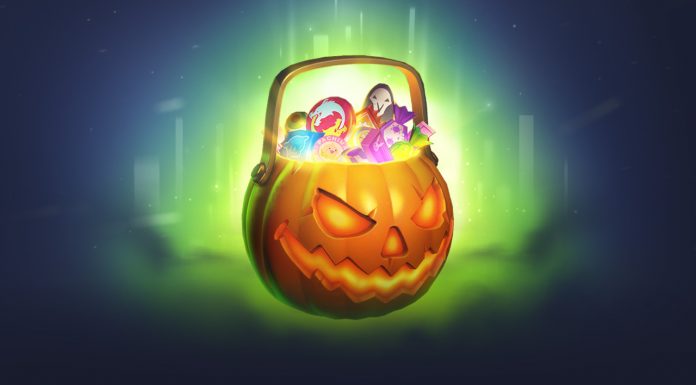 I mentioned flowers. They added these flowers that will drop from the final boss of Harvest, as well as tier 4 monsters. Flowers boost the outcomes you get from seeds. One of them simply gives more lifeforce, but the other two give higher chance of better crafts, and the best of 2-4 crafts being picked. Using these two improvement flowers together can drastically increase your odds of getting good results, particularly if you use them together for rare crafts like critical or speed – I’ve had multiple rare augments from a single plot when using flowers.

They also added one huge quality of life improvement to Path of Exile as a whole, but specifically for this league. If you haven’t already, go into your options, UI, and check the “Advanced Mod Descriptions” bubble. This will enable you to see modifiers on items when you hold tab while hovering over them. This includes which mods are combined, as well as what the tier of every mod is. And, as of this patch, now you can see what tags they have – I.E. Life, critical, etcetera. This may not have a lot of uses outside of Harvest crafting, but for Harvest it is an absolute godsend, being able to know exactly which mods you risk removing, or what you can add to other items. Previously we had to go to sites such as poedb.tw to see mods, so this is a huge quality of life improvement for anyone delving into the crafting of this league.

GGG has already stated that there are more improvements coming to Harvest crafting over the next few weeks. After a lackluster launch, the balance changes have gotten Harvest to a place where anyone who enjoys crafting in any respect will be content with the state of the league. It may not be the loot piñata that Delirium was, but it adds a layer of items that the average player will have never experienced before.