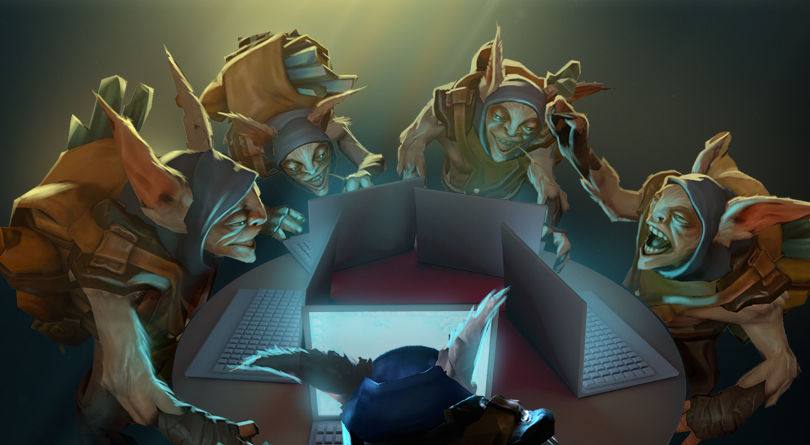 Turbo Mode was introduced in Dota 2’s Dueling Fates 7.07 update, and it’s a great way to make Dota feel less intimidating for new and casual players. In Turbo Mode, players have more gold and experience gain, weaker towers, reduced respawn time, lower Town Portal Scroll cooldown time, and faster/invincible/personal couriers. But playing Turbo Mode isn’t just for newbies. There are a number of ways you can get better at Dota 2 by using Turbo Mode as a practice space.

Disclaimer: Turbo Mode doesn’t help with anything timing related. (By timings, I’m referring to when you’re expected to get certain items on specific heroes or when your team wants to take advantage of power spikes to claim objectives.) As anyone who’s played Turbo Mode can attest, if one team doesn’t snowball, you’ll likely end up in a thirty minute, super-late game situation. At that point, whichever team has more carry heroes usually wins.

A common complaint in lower-MMR (or Medal) matches is that players tend to farm after winning teamfights rather than pushing their advantage and taking objectives. Many players would rather AFK farm the jungle than take down towers or Roshan, partly because there is naturally a lack of trust between strangers in pub matches. In Turbo Mode, this sort of hesitation can be fatal. Especially if the other team is full of carry heroes.

To be sure, it’s scary to push high ground when respawn timers are so much shorter. But what you want to do is punish opponents for picking all-carry lineups before they can come online. Ideally, this means your team forms a deathball Megazord that keeps killing the enemy heroes who foolishly attempt to 1v5 your squad.

The ‘push until we die’ mentality is essential in Turbo Mode when you have the weaker ‘late’ game lineup. If you practice pushing your advantage in Turbo Mode, it will help you recognize opportunities for decisive team movements in regular matches as well.

Rat Dota is the opposite of pushing your advantage. Sometimes, you’re on a team with five carry heroes and you need to stall for a bit while you farm items or catch up on levels. This means split-pushing—if you’re not familiar with the term, that means your team splits up and pushes out lanes to force an enemy reaction. (“Rat Dota” is a term used to describe teams/players who avoid fights in favor of focusing almost exclusively on taking objectives through split-pushing.) If the opposing team has to continually retreat to deal with split-pushers, they can’t siege your base.

Rat Dota is most effective when you’re playing elusive heroes that can quickly clear creep waves and escape before the other team arrives. Puck is a good example. But remember, this is Turbo Mode, so if you’ve got a Blink Dagger and a Battle Fury, you’re good to go!

Thanks to reduced respawn times and huge boosts to gold and experience, Rat Dota is incredibly effective in Turbo Mode. But it’s just as useful in regular matches too. The truth is, sometimes ratting is the best way to win, particularly when your opponents have stronger teamfight abilities and lack heroes that can catch rats. If you can’t beat your opponents in a 5v5 head-on battle, take to the sewers. Eventually, you will outscale your frustrated foes.

3. Don’t Forget to Have Fun

If playing Dota 2 pisses you off, then you should probably relax and play some low-stakes games of Turbo Mode. Matches are significantly shorter. It’s unranked. You can play whatever hero you feel like and build whatever you want with minimal repercussions. Being an uptight jerk about Dota is slightly understandable when you’re a professional player. But if you’re reading this article, I’m going to assume you’re not a professional player. Dota is a game, and if it’s making you miserable, it’s in your own best interest to stop taking it so seriously.

There’s a shit-ton of heroes in Dota 2. It can literally take years to play every single hero in regular matches. And playing each hero is the best way to understand what they do. The solution, of course, is playing new or unfamiliar heroes in Turbo Mode.

Without committing to a series of full-length games, you’ll actually know which spells you’re getting hit with or which enemies you can fight on your own. You can also have a go at roles you’re not entirely comfortable with or test out how new patches affect certain heroes.

Want to practice a cool build you saw on a stream, but don’t want to be ridiculed by tryhard haters? Bam. Turbo Mode.

Some skills are hard to use, so spam that shit until they start calling you ‘first initial’-god. Blink-Dagon on every hero? Go for it. It’s Turbo Mode baby!

6. The Art of Improvisation

Dota 2’s Turbo Mode is also a great place to practice improvising. There’s an item for every situation. And if you only buy the same items on the same heroes every single match, you will never get good at adapting your item builds on the fly.

Start each match without any expectations. Experiment with items, skills, and talents to see what works when.

Farming efficiency is important. Perhaps even more so for supports because they don’t get any farming priority on their team. If you’re a support and you miss a last hit, that’s like 10% of your net worth.

Even though there is extra passive gold gain in Turbo Mode, you still have to be greedy because the other team gets the same advantages.

I’m not saying you should buy a Hand of Midas on supports in Turbo Mode.

But I’m also not saying you shouldn’t buy one.

You know you want it.

Where you stand is one of the most important things in the game, especially in teamfights. The ideal positioning depends on each team’s lineup, the area of the map you’re in, and the positions of all of your teammates and opponents. It’s hard to explain all the nuances of positioning, so I’ll probably write an article about it in the future.

Here’s how to practice positioning in Turbo Mode: buy mobility items—Blink Dagger, Force Staff—and practice kiting the enemy team when they try to target you.

What are your team’s strengths and weaknesses? What are those of your opponent’s?

Dota 2 is a hard game, and having a solid understanding of drafting and counterpicking fundamentals will give you a massive advantage when you’re tryharding in ranked.. And with Turbo Mode you can get more reps until you finally figure out that you need to buy Force Staff as a Tidehunter against Clockwerk.

11. Get Comfortable With New Hotkeys

I suck at this. I kept on activating the Courier’s new shield for a week before I noticed what was happening. Of course, that’s not in a problem in Turbo Mode. Want to switch over to quickcast? Thinking about using WASD for camera movement? Turbo Mode is the answer, and it’s the best place to get acquainted with new hotkey setups.

With Turbo Mode’s faster matches, you can still play Dota, but you end up having a bit more flexibility when it comes to other commitments in your life. Your friends and family members will almost certainly appreciate that. 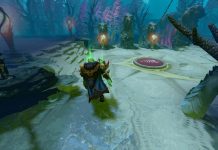