Now that the dust has settled after DreamHack ZOWIE Open Leipzig 2016, the first large LAN event featuring Tier 1 teams with this new ruleset in place, it is a good time to explore how these changes have influenced gameplay at the highest level of play, and consider whether further tweaking might be needed.

Round and Bomb Timers

The general consensus about Valve’s decision to increase the timers is that it was a move made to try and nerf the power of smokes and incendiary grenades for the CT side on maps like Inferno. Indeed, if there’s any map that should illustrate how different the new timers are, it would be de_inferno — the Banana chokepoint on the map, although an excellent place for staging aim duels on T-side, is almost always smoked off for as long as the CT side can muster. Previously, a team that effectively managed their smokes and incendiary grenades on de_inferno could maintain a wall of smokes at every chokepoint on the map for almost the entire duration of the round. Teams on the T side of Inferno were often forced to wait until the last 15 – 20 seconds or take a substantial risk and use flashes to push through smokes. 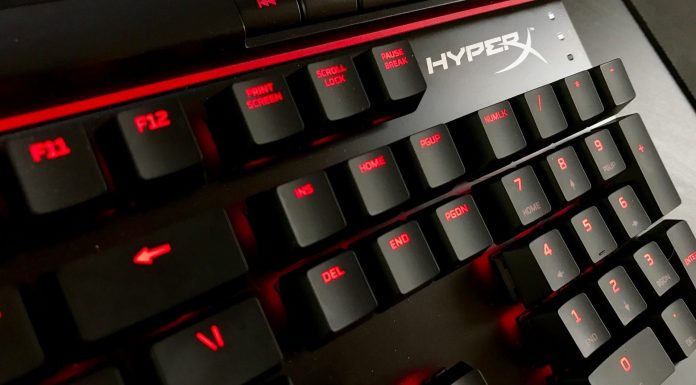 Interestingly, the only matchup on de_inferno during the entirety of the Leipzig tournament was between Luminosity and the new FaZe Clan roster. Luminosity, although they started on the traditionally favored CT side, struggled through their first half, picking up only 4 rounds, while FaZe managed to overwhelm the Brazilian team and finished their T half with a monstrous 11 rounds. LG would manage to string together 5 rounds on their own T side in the second half but were unable to staunch the bleeding from the first, and FaZe closed out the game 16 – 9.

It’s unclear what exactly the new round and bomb timers mean for the future of Inferno, much less other maps. The SL i-League StarSeries XIV Finals took place earlier in January, and also featured the new round timers. Unlike in Leipzig, de_inferno was played 7 times during the tournament in Minsk, but, similar to the DreamHack ZOWIE Open, the statistics show that less CT rounds were being picked up by teams on the map than before the rulebook was changed. Teams on the T side of de_inferno at the StarSeries Finals won 50.86% of their rounds. For comparison, teams on LAN in 2015 won, on average, 42.77% of their T side rounds. It is, admittedly, not a huge data set that we are working with here, but it could be telling of how gameplay on de_inferno will develop during 2016.

As more LANs are held with this rulebook, we should pay careful attention to how rounds are being won on certain maps. Does a longer round mean that more teams are able to secure a bomb plant on T side? Does a longer bomb timer allow for more successful site retakes and defusals? Teams are still adjusting their internal clocks, but the data suggests that teams are winning more rounds on their T side than they were under previous rulesets.

It’s worth noting that the positioning of the deathcams have always been inconsistent in CS:GO — sometimes you have a clear view of an entire bombsite, other times you’re looking at a wall. However, the information that the deathcams provide to a player in seven seconds, especially during site executes, retakes, and clutch situations, is enough to drastically alter the outcome of many rounds.

For example: two players on the T side are defending the planted bomb on de_mirage’s A site. One of the T side players falls to the lone CT attempting a retake. The last T is hiding in Palace, and the bomb is planted for him. Through the deathcams, the player who died can tell his teammate whether or not the CT is committing to a bomb defusal — meaning that the player in Palace now has to peek and eliminate the CT — or tapping the bomb to bait the T into peeking and revealing his position.

Deathcams often influence rounds in far more subtle ways, but in situations like the one described above, I can’t help but feel as though the outcome of the round was somehow cheapened or discredited. As a spectator, the new timer for deathcams is an excellent update to an outdated mechanic. Players no longer have to awkwardly fake out the deathcam, and clutch situations, especially time-sensitive ones, are no longer ‘ruined’ by the information from the deathcam.

In the future, reduced deathcam visibility could potentially diminish the effectiveness of CT side pushes for information — it is objectively worse to die and only ‘receive’ two seconds of info about part of the map than it is to die and be granted with seven seconds. Whether or not teams will factor this risk/reward calculation when developing their CT side setups is entirely their decision, but it is possible that the deathcam nerf could indirectly make CT aggression a less viable option moving forward.

Whether a team is attempting to scrounge an AWP or hunt down saving players, three seconds of time after a round is simply too abrupt. It’s more difficult to evaluate this change, since there’s little data that can be easily acquired — at this point in time, my opinion on the round end delay is based more on gut feeling than hard data. ESEA has already changed this part of the rule from 3 seconds to 5 seconds on their PUG servers. Five seconds seems to be a safe medium, allowing players to snag valuable weapons and utility or hunt down a saving enemy but denying one the ability to do both.

I’m torn about this change. On one hand, I love the creative strategies that smoke grenades thrown with a jumpthrow script allow for. Watch this video of Karrigan from Team Astralis using a jumpthrow smoke for Monster tunnel on de_overpass to stop a B rush, and, for a moment, pretend that the crowd isn’t cheering because there was a League of Legends tournament being housed in the same venue. Creative and innovative use of utility in CS:GO has proven to be one of the best ways for the game’s meta to develop and sustain ongoing interest. Although certain jumpthrow grenades can be thrown consistently with enough practice, I would encourage Valve to work with professional players to try and develop the jumpthrow mechanic in such a way that incorporates skill without eliminating effectiveness.

We only have one large tournament so far to gauge the effects of DreamHack and ESL’s new rulebooks. Natus Vincere, a team renowned for their assertive late-round executes onto bombsites, seem to have adjusted well to these new rules. The CIS team secured a first-place title in Leipzig.

It is promising that ESEA has already shown willingness to made tweaks to these rules. Valve’s rollback of CS:GO’s Winter Update has shown us that the game’s development and future is perhaps more in the hands of the community than most would believe, and these changes are no different. Changes to the rulebook are perhaps less exciting than a major gameplay update, but as Counter-Strike: Global Offensive prepares to debut on live television this summer, this is precisely the sort of fine-tuning that the game requires.