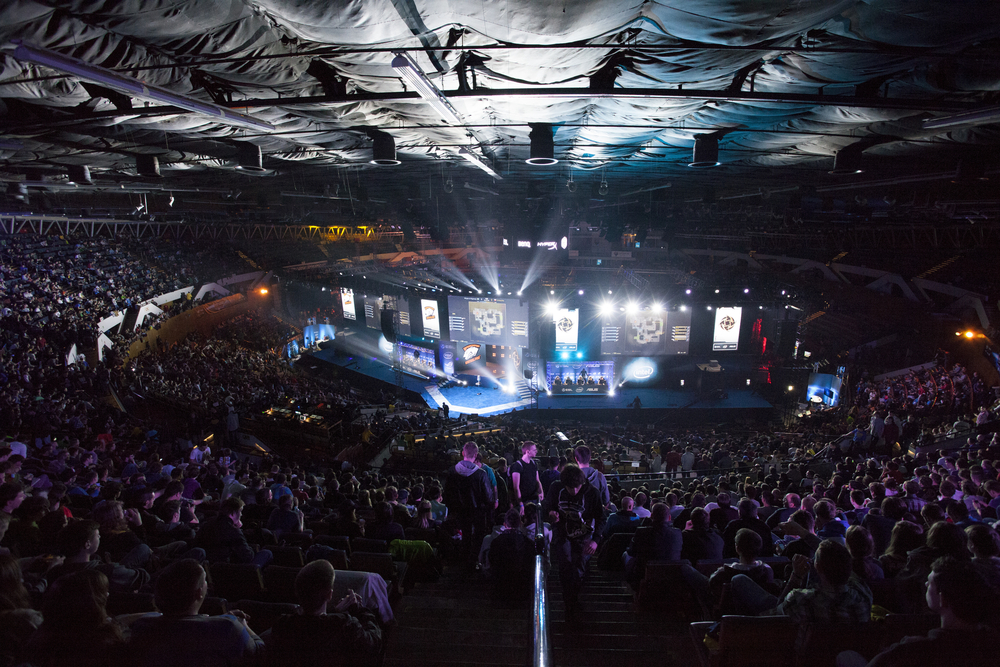 Today, November 21st 2015, teams from all across the globe will travel to San Jose California to battle over a $175,000 prize pool. In this article, we’ll take a look at each team’s recent results, and win percentages vs other teams. First, it is important to mention why team EnVyUs is not attending the event. After the recent tragedy that occurred in Paris November 13th 2015, EnVyUs has decided to value the safety of their players in the utmost importance by choosing to not travel to the event. The events that have taken place in France are egregious, and my utmost condolences go to the victims and their families. With EnVyUs removed from the competition, the likely winner has also been removed. EnVyUs was by far the strongest team going into the event. Without them, the event has no clear victor.

Following an extremely sub par performance at Dreamhack Cluj, Cloud9 has returned to dominance in North America. Recently Cloud9 has competed, and taken first place in two North American LAN’s: RGN Pro Series Championship, and the IBP International. Cloud9 has managed to convincingly take both events, beating out other top teams such as Team liquid, Luminosity, Conquest, and Renegades. They even managed to win RGN with former iBUYPOWER player Braxton ‘swag’ Pierce in place of their in game leader, Sean ‘sgares’ Gares. IEM will test Cloud9’s current form against the many premier European teams in attendance. Below are Cloud9’s win rates against certain teams, calculated from up to their previous five games played against each team.

We can see from this data that although Cloud9 has dominance vs North American teams, they often fall short against the Europeans. Any best of three win vs a European team in this event will be a big win for Cloud9.

With their strong performance at Dreamhack Cluj, Luminosity has proven without a doubt that they are viable competition in international events. At Dreamhack Cluj, they made it further than any other North American team, sweeping the group stage by beating Cloud9 and Fnatic, and playing Na’VI close in the quarterfinal. Since Cluj, Luminosity has attended CEVO LAN finals, IBP International, and RGN Pro Series Championships. For the most part, Luminosity saw success; however, they continue to struggle against Cloud9. At RGN, Luminosity had a conflict with admins over a situation in which one of their players’ PC’s was disconnected in the middle of a round. RNG’s tournament rules state that if any damage or action has occurred in a round, it cannot be restarted. Admins made the mistake of not properly enforcing their own rules by leaving the final decision to Team Liquid, their opponent. When Team Liquid declined to restart, Luminosity expressed public frustration and has since devolved into an online rivalry between members of both teams. It is always unfortunate to see players and teams have conflicts with each other. It is also unprofessional for admins to not fully enforce their own rule, regardless of whether or not they may agree with it. Regardless, Luminosity will enter IEM with strong consistent form that could easily grant them success in the event. Below are their win rate percentages vs other teams in the event.

The Brazilian lineup managed to produce decent international results while other American teams failed to gain any momentum. Currently they match up well against most North American teams, excluding Cloud9, who they have been known to struggle against. Against Europeans, Luminosity has an insane one map upset potential, but they have struggled to win best of three series against top teams. This event will continue to develop Luminosity’s ability with more accurate information. A good showing at this event could possibly land Luminosity in the top 10 in future rankings.

Following an impressive second place finish at Dreamhack Cluj, Na`Vi had a poor showing at CEVO LAN Finals. At CEVO, Na`Vi lost to Titan and Mousesports in best of three series. In the past few months Na`Vi has teetered along the rankings. During the summer, they held onto a second place ranking for limited time. Recently they have dropped from their previous form. Na`Vi enters IEM after one good event and one poor event, so their results here will have a strong say in deciding which of the previous events was the fluke. Making a final here should set Na`Vi on the right path towards success. Listed below are their win percentages versus the other teams.

Here we can see that Na’VI can absolutely take wins vs most if not all of the North American teams, but they can also take a win over Virtus.Pro or Gamers2 with any decent form. The only team that presents a serious risk to Na`Vi is TSM. As long as Na`Vi does not meet TSM until the final, they could easily have a good showing at this event.

Recently Virtus.pro has attended CEVO LAN FInals, and Dreamhack Cluj. At Cluj, Virtus.Pro was upset in the quarter final by Gamers2. Later at CEVO, Virtus.Pro took first place, beating Dignitas, Titan, Conquest, and Mousesports in best of three and best of five series. Unfortunately, medical problems with star player Janusz ‘snax’ Pogorzelski force Virtus.pro to instead use Michał ‘MICHU’ Müller as a stand in. Luckily for Virtus.pro, all of the opposing teams in attendance have struggled against them in the past. So possibly, with a good showing from Michu, Virtus.Pro could still have a successful showing. Listed below are their win rates against the other teams.

It is important to highlight here two major things, one being how Gamers2, a lower ranked team, has acted as a kryptonite for Virtus.Pro; the other being Virtus.Pro’s recent matchups vs TSM. Going back to the summer of 2015, the Virtus.Pro vs TSM match up was a constant back and forth between the two teams. They seemingly managed to best each other simply off the form that one brought to that specific event. Recently, TSM must have made some change that has allowed them to shut down Virtus.Pro’s aggressive style. Against North American teams, Virtus.pro has seldom struggled to beat them. Even performing steady comebacks as seen in the cobblestone match between Virtus.Pro and Team Liquid in the group stage of Dreamhack Cluj.

With the last minute departure from EnVyUs, TSM is placed into a clear power position in the event. Currently ranked 3rd in the world, it is important to understand the level of play that TSM can bring to an event. Recently, TSM had an unfortunately weak showing at Dreamhack Cluj. In the quarterfinal, they were upset by Ninjas in Pyjamas in weak fashion. They looked lost, playing NiP put back the stranglehold on TSM’s performance that was previously considered a thing of their past. Fortunately for the Danish team, there is no team in the event that has any advantage when matched up against them. The only team that could conceivably best the Danes is Virtus.Pro, who will be missing one of their star players. Listed below are TSM’s win percentages versus the other teams.

Here we can see that with TSM’s recent form, they have a great chance of defeating every other team in attendance. Their lowest win percentage is versus Luminosity, whom they have only ever played twice, and the match they lost was a best of one. Any match they lose in the event would be would be regarded as an anomaly.

This International lineup will enter IEM with an untested combination of players. A recent European roster shuffle caused Dennis ‘dennis’ Edman to leave G2 to join fnatic. In his place, G2 has picked up Philip ‘Aizy’ Aistrup from Team Dignitas. The team claims that Aizy fits their play style. However, an international event such as IEM will fully test the team’s abilities. G2 showed tremendous promise at Dreamhack Cluj, where they upset Virtus.Pro and made the semi finals. In the semi final, G2 nearly 2-0’d EnVyUs, who later went on to win the event. Listed below are their win percentages versus the other teams.

Many of the possible matchups between G2 and other teams may simply come down to how well the team has managed to integrate Aizy into their lineup. What should be highlighted here is the unreal win percentage against Virtus.Pro. The only team that G2 could not reasonably beat is TSM, all others are fair competition for this lineup.

Counter logic gaming’s standing in North America has decreased over the past few months. It seems from watching their gameplay, that their tactics and style have not continued to update and improve at the same rate as other North American teams. Although they have closely played teams such as Na`Vi at big events, they are yet to take a best of three win over any top teams. At Dreamhack Cluj, they were unable to make it past the group stage. Since then, they have competed in the IBP International, along with RGN Pro Series championships. At the IBP international, they lost 0-2 vs Team Liquid in the quarter final. Later at RGN, CLG was taken out in the group stage by EnemyGG, a team not even considered in the top tier in North America. Below are CLG’s win percentages versus the other teams.

Simply based off this data, it is very clear that CLG is now outclassed by teams that they used to be ranked above, such as Cloud9, Team Liquid, and Luminosity. CLG will most likely be the last place finisher in this event.

Since the addition of Spencer ‘Hiko’ Martin, Team Liquid has managed to tackle some of the problems that previously crippled them and are now achieving results that are appropriate to the skill level of the players. At Dreamhack Cluj, Team Liquid played Virtus.Pro incredibly close. Later in the event, NiP bested them in the elimination match. Since the major Team Liquid has attended three events: CEVO LAN Finals, The IBP international, and RGN Pro Series Championships. At Cevo, Liquid lost out in two best of three series to Dignitas and Conquest. Later at IBP international, Liquid bounced back by making the final- where they were ultimately defeated by Cloud9. Subsequently at RGN Liquid won the controversial series versus Luminosity. Afterwords, they were sent to the lower bracket by Cloud9 and then eliminated by Renegades. Going into IEM, Liquid is fully capable of taking wins over any of the North American teams in attendance. This event is where Liquid has the opportunity to prove if they are able to defeat European teams in best of three series. Listed below are Liquid’s win percentages versus the other teams.

The numbers show that Liquid has the potential to beat any of the other American teams. But, like many other North American teams they struggle versus Virtus.Pro. Unfortunately for the Americans, they are playing Virtus.Pro in the first match. 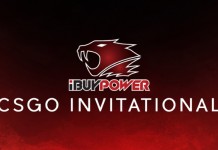