General Stephen Draper -
-6.8k
Path of Exile Shaping Before you start shaping your Path of Exile Atlas, we suggest you read our introduction to the Atlas. Once you have...
Image via Valve, edited by Esports Edition.

The first CS:GO operation, dubbed Operation Payback, launched in 2013, and since then, Valve have mostly stuck to a predictable formula for these optional pieces of paid DLC. We’ve got community-made weapon skins, and, in Operation Vanguard, Valve introduced campaigns — players completed missions to level up their profile during the event, with access to a set of skin rewards only available to players who had purchased an Operation pass. With the release of Operation Hydra, Valve has strayed from the cookie-cutter approach that defined other events, and rolled out three entirely new game modes alongside co-op gameplay and community-made maps.

The three new game modes are as follows: War Games, Wingman and Weapons Expert. Presumably to assure that each mode is given the appropriate amount of time in the spotlight, each game mode is only accessible during a “Hydra Event.” In other words, the game modes are on a rotation — each one gets its own personal week to be played.

To make matters slightly more confusing, War Games includes a variety of separate game modes: Heavy Assault Suit, Headshots Only, Hunters-Gatherers, Stab Stab Zap, Flying Scoutsman and Trigger Discipline. Let’s go through each one separately.
Heavy Assault Suit is Casual with a purchasable $6000 Heavy Assault Suit. You’re slower with the Heavy Assault Suit, but you’ve got 200 points of armor instead of the usual 100 that Kevlar + Helmet gives. Headshots Only is, unsurprisingly, a deathmatch mode where only count. Go figure.Hunters-Gatherers is a deathmatch where each player killed drops a dogtag which gives each team a point upon pick up. The team with the most points wins. Stab Stab Zap gives players only a knife and a Zeus in a casual and demolition game mode setting. The Flying Scoutsman is the classic Scoutknivez where players are equipped with a Scout (SSG08), the gravity is reduced and jumping/moving accuracy is increased. First team to kill the other team wins.

Finally, Trigger Discipline has players lose health based on every missed shot as well as decrease the weapon’s damage. (You can’t go below 1 health by firing your weapon.)

Wingman is a best-of-16 2v2 competitive match played on more “compact” maps like St. Marc, Shortdust and Lake. among others. Weapons Expert, which went live earlier this week, is a 5v5 best-of-30 competitive style match where once a player buys a weapon, they can no longer buy it again for the rest of the match.

The added maps include several familiar faces included in previous operations like Agency (Bravo, Phoenix, Bloodhound), Insertion (Breakout), and Black Gold (Breakout). The campaign includes a full storyline, awarding players Guardian XP instead of stars like the other operations. Every 2000 XP earned gives the Operation pass holder a star, for a total of seven possible stars. And, of course, here’s the digital carrot: each star also gives a weapon drop, up to a total of 7. The new Operation Hydra Coin now has a Diamond tier which a player can get from acquiring 25 stars. The Operation Hydra Case is an exclusive drop, available only to pass holder.s

In the past, CS:GO operations had a month of downtime in between each new release. This pattern was broken by both Operation Hydra and Operation Wildfire. The lattter launched in February of 2016, several months after Operation Bloodhound ended in October of 2015. The gap between Wildfire and Hydra is the longest in CS:GO history, clocking in at almost ten months.

With such big shoes to fill, what does the community feel about it? Some people have complained about the lack of a single player campaign and the number of new maps introduced. Overall, many seem to understand that many of the operation’s new features are available for free without the need to actually purchase a Pass, making any complaints “ridiculous.”

As for my opinion, I’m very much on the fence about it. While I find the co-op “campaign” a boring series of “how-many-different-guns-can-you-kill-a-wallhacking-bot-with” missions, I will admit some of the game modes are genuinely fun. While the Heavy Assault Suit mode is absolutely pointless as it’s just a casual game where some people are twice as hard to kill for no good reason, the rest are pretty fun. Stab Stab Zap is my favorite with Headshots Only coming in second, even though I suck at it. Even so, I can’t help but feel that any new game mode Valve introduces already has a better variant in community servers. Even though only The Flying Scoutsman and Headshots Only have definite community variants, most knife-only servers I’ve been on allow you to buy a Zeus. Heavy Assault Suit and Hunters-Gatherers are, at their core, just basic deathmatch servers with slight twists, which leaves Trigger Discipline as the only real unique game mode.

All in all, I could do without operations. There are community servers which offer much more entertaining game modes, like Jailbreak or Zombie Escape, and new maps are more often than not forgotten after the operation ends. I think Valve should focus their money and attention on making the base game better and up-to-par with the community’s requests as, after all, they are the audience they need to please. 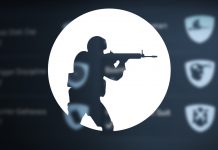