For most of this year, Astralis was a major disappointment. With so much talent and potential, it was a letdown to see the team constantly fail during quarters and semifinals. Late in the year Dignitas came on strong and surpassed Astralis with their win at EPICENTER. Now with Astralis’ win at ECS Season 2, both Danish teams have won a premier tournament in the past couple of months and both teams now find themselves in the top six of the world. As of late, DIG has been on a slight decline but still clearly have the potential to be elite.

The addition of Lukas “gla1ve” Rossander revitalized Astralis, and the team has been on an upward trajectory since he took over as in-game leader. He seems to have found a way to balance the stars on the roster and Astralis look confident on maps they were unwilling to play before.

Dignitas have always had a great tactical approach due to the in-game leading of Mathias “MSL” Lauridsen, but adding Emil “Magiskb0Y” Reif finally gave the team the fragging power it had been missing. Magiskb0Y seems to have activated other players on Dignitas, allowing DIG to surpass Astralis as the best Danish team for a period.

Nicolai “dev1ce” Reedtz has long been considered a top ten player in the world and the best Danish player. Even through his team’s struggles, dev1ce’s stats were always solid. For the entirety of 2016 at LAN, dev1ce has never posted a player rating below 1.00 and has never had a negative k/d differential. Considering the struggles of Astralis this year, these numbers are astounding.

Early on during his time with SK Gaming, Magiskb0Y always showed potential. Once he joined DIG, he found his stride and quickly blossomed into a superstar. His stats since joining DIG are just as impressive as dev1ce’s. He has been the best player on DIG and has carried the fragging load for them even at events where they struggled.

Aside from these two superstars, there are multiple Danish players who have been impressive over the year. Kristian “k0nfig” Wienecke and René “cajunb” Borg have been very impactful for DIG. Before gla1ve came in, Markus “Kjaerbye” Kjærbye seemed to trade off with dev1ce having big games and was a carry for DIG earlier in the year.

There is even more Danish talent outside the two main lineups. On Heroic, Valdemar “valde” Bjørn Vangså has been a standout and a potential star in the making. If any players on the other two Danish squads begin to slack, it seems obvious that valde would be the replacement. Two former DIG players, Philip “aizy” Aistrup and Jacob “Pimp” Winneche, have also shown that they are still good on teams outside of Denmark.

Denmark has even produced too many IGLs for their teams. gla1ve has Astralis looking better than they have all year. MSL has had DIG competitive all year. When Heroic was making noise while they still had gla1ve, he wasn’t even leading the team. Marco “Snappi” Pfeiffer was leading the team then and still is now.

Since leaving Astralis, Finn “karrigan” Andersen has taken over FaZe Clan. FaZe had failed to get out of a group stage all year until karrigan got there and put things in order. As soon as he got their FaZe found themselves in multiple bracket stages.

The Danish scene looks like the deepest and most successful one in CSGO right now. They have two teams that can be favorites in any given tournament with plenty of skilled players to draw from if one should ever fall off.

Previous articleIs an AWPer Necessary? Kind Of
Next articleCS:GO Audio Updates and Improvements to Nuke 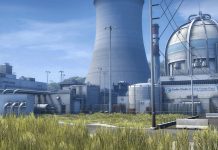