It’s been eleven days since Valve’s massive accuracy update to CS:GO went live. The changes, announced via an official blog post titled “Second Shot,” offered a surface-level explanation of how the update would affect spraying, bursting, and tapping with the AK-47, M4A4, and M4A1-S.

I’ll rehash them here for the sake of clarity:

Now, Valve included a graph with the update that would make my high school math and science teachers want to rip out their hair.

I’m very triggered by this Y-axis, and I don’t even care about math. You’re dealing with numbers, Valve. Quantitative data. At least include the metrics you’re using to determine what “less accurate” and “more accurate” actually mean.

(I have to give kudos to SlothSquadron, whose knowledge of in-game mechanics, weapon statistics, accuracy, RNG, and other finer points in the game is unrivalled. Please read his in-depth analysis of the update here. And follow him on Twitter, he only has 287 followers, which is a travesty.)

I’ll be honest: I was on a self-imposed Counter-Strike hiatus before the update dropped. I was feeling neglected by Valve, and I took it quite personally–I’ve given my blood, sweat, and tears to this game. Without any communication from the game’s dev team, the only remaining avenue for me to voice my frustration was with my playing time. I put down the game almost entirely for three weeks, the longest break I’ve taken from Counter-Strike since I started playing.

Overwatch was an entertaining distraction, although the game’s community remains one of the worst I’ve ever had the displeasure of interacting with.

I booted up Counter-Strike as soon as news about the update hit. I didn’t even play a PUG for the first day. I just loaded into a deathmatch server and started popping heads. I remember those first three hours I spent DMing vividly.

It felt like I had personally been buffed. I’ve always preferred bursting over spraying–no matter how many hours I put into practicing my spray control, it never really paid off because I’d go full mom’s spaghetti when it came time to actually go for a full spray in an actual game. I was hitting headshots with three-round bursts that I’m confident I never would have hit before the update. Tapping was actually a viable technique, especially during aim duels between two jiggle-peeking players.

I’m still adjusting to the new accuracy recovery rate–I’m a spammy player with rifles, and I’ve found myself being caught off-guard by players making well-timed pushes through smoke at the end of a “spam sequence” to take advantage of the fact that my accuracy was still recovering. I’m sure I’ll adapt soon enough, but it’ll take a couple months to nail the timing of my repeeks so that I’m actually accurate when I want to start shooting again.

The August accuracy update was exactly the breath of fresh air that CS:GO has needed, for both casual AND pro players. I’m glad it’s the off-season for professional players, as I’m sure they’ll need all the time they can get to adapt to the new mechanics. One thing is sure: all eyes are going to be on Adil “ScreaM” Benrlitom, whose signature insistence on “one taps” has elevated him to living meme status following the release of a ridiculous peripheral ad.

This video is from 2014, before the ADAD nerf that much of his playstyle revolved around. ScreaM has never been the same. But hopefully we’ll be seeing a lot more gameplay like this. My body is ready.

J.P. Corner is on Twitter and will 1 v 1 you on LAN, you filthy scrub.

Previous articleStop Peeking the AWP: No, Seriously, What Are You Doing?
Next articleThe One and Only: S1mple to Na’Vi 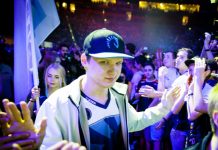 The One and Only: S1mple to Na'Vi