Half of today’s games were one-sided stomps, with the other half being slow and boring. That is except for the last, where NRG faced off against TIP. Team Impulse had their full roster for the first time this season, using subs for the first three weeks due to Visa issues. Everybody assumed they were going to never win a game, but they have already shown promise, going 3-4 so far.

The new players showed potential today with Feng, TIP’s top laner getting 6 kills in the early to mid game on Graves. Procxin played Nidalee, one of the best Junglers on the 6.2 patch. The game was neck and neck, with gold being even or close most of the game. If TIP can continue to play like this they might blow everyone away and make playoffs.

Unfortunately, their first real game was up against NRG, one of the best teams in NA. Alongside Immortals and Cloud 9 (with Hai), NRG has risen to second place. As a team they play cohesively, but the real star is GBM. That guy is an absolute monster. His Leblanc chunked out most of TIPs back line, before they even had a chance to fight. The last team fight was won when GBM managed to one shot Lissandra and then clean up the rest of the team.

I’ve talked about how great NRG is before, but they continue to amazing me. Last week they obliterated TSM, with Zilean of all champions. The end score was 19-0, with Yellowstar racking up 6 deaths in 31 minutes. I try not to jump on band wagons, since its still only a third of the way through the season and new teams do have a tendency to go full on tilt (hello Echo Fox.) NRG is the exception, each one of their players knows the limitations of their champions and what exactly they can do. NA has really stepped up its talent pool by taking in more Koreans. 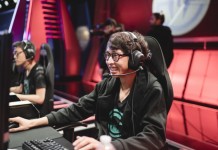