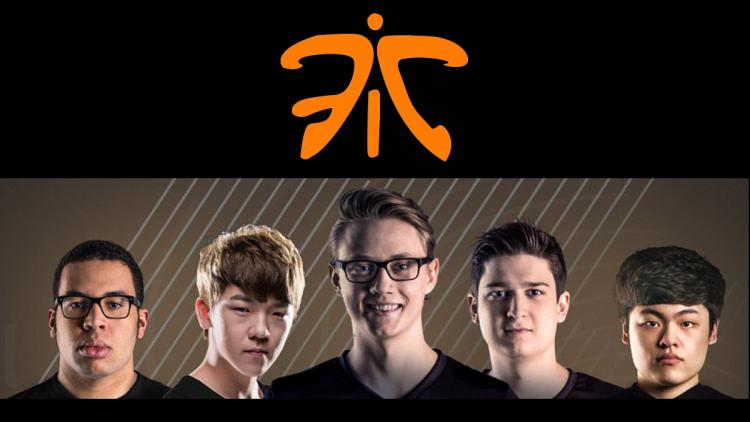 Prior to any of the gameplay, the Fnatic vs ROCCAT week 4 EU LCS match saw a very dynamic champion select. As follows the current meta, each team selected 2 marksmen, however Fnatic’s early 4 picks included Quinn, Lulu, Janna, and Caitlyn. Of those, Quinn and Lulu could easily translate into a variety of different positions, eventually setting up for a top last-pick which would be Malphite. This choice immediately created an endgame timer for ROCCAT; regardless of the other champions, Malphite becomes an unstoppable force against a team with 2 marksmen and an additional AD solo carry (Kindred, Lucian, and Fiora).

The early game saw various even trades, Airwaks picking up first blood, then two other kills with aggressive Kindred play. On the other side, Febiven and Gamsu showed their synergy, reactively diving fredy112 under his own turret. ROCCAT’s Betsy was starting to look like a monster on Ryze, accumulating a massive 50 minion lead over Febiven at 20 minutes, using this goal lead to dominate midgame teamfights.

This dominance translated into a solo kill on Spirit, which further escalated into a baron for ROCCAT. Their decisive play across the map was looking extremely impressive for the 1-6 team struggling to muster up a second win in their season. Punishing consistent mis-positioning from both Spirit and Rekkles allowed ROCCAT to pick up 3 barons and even the coveted 5 dragon buff, before peaking their gold lead at 6.2k at 42 minutes. Despite the dominance of the neutral objectives, ROCCAT would not be able to destroy the enemy Nexus.

Though normally Betsy’s scaling Ryze would spell certain doom in the later stages of a game, the total compositions of each team heavily favoured Fnatic in lategame 5 on 5’s, Malphite able to completely end the momentum of the back line. The combination of Rekkles’ consistent damage output with the support of both Lulu and Janna made hard engages nearly impossible for ROCCAT. He finished with an insane 59.9k champion damage over the course of the 47 minute slug-fest. 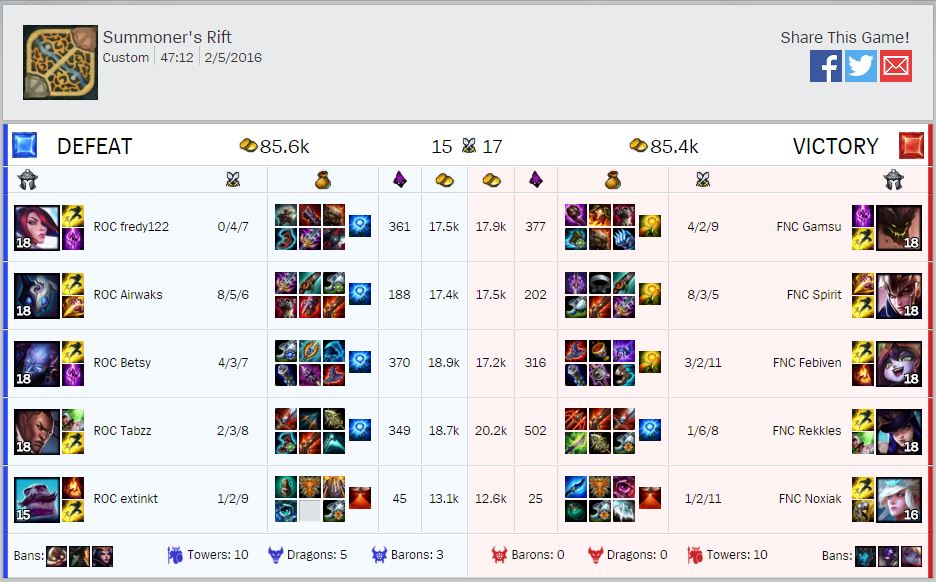 In a decisive final push, ROCCAT would take too much punishment from Caitlyn, before Gamsu finally hit a game winning Unstoppable Force. Fnatic would not even retake the lead for the final 30 minutes of the match. Despite this, their trust in team fighting really showed. Febiven in his post-game interview gave credit to Rekkles, and this was reflected in his play; Lulu’s abilities were consistently used defensively on Caitlyn to transform her into a juggernaut

Implications for Each Team

ROCCAT’s lineup is showing promise, exercising a well calculated midgame. Their ability to gather incremental advantages will be key in putting themselves in a position to win games. Win conditions should be re-examined by the coaching staff to create better team compositions with a clear window of victory. Upcoming matches against Giants and Elements will give ROCCAT a chance to regain their footing and potentially triple their win-count.

Fnatic is experiencing similar growing pains still after losing 3/5 members of their 2015 roster. Their current early and midgames seem to be contingent on Spirit’s decision making. Against better teams, this has led to highly volatile exchanges that can spell victory or defeat within the first 5 minutes of a match. However, if they are able to tailor their macro-game, Fnatic’s talented will be a nightmare matchup for any playoff team.

Previous articleC9 Back on Track, But What About Bunny FuFuu?
Next articleGBM Continues to Knock Socks Off: Week 4