Blizzard have quietly announced that they will be increasing the price of Hearthstone’s digital card packs in Europe. How much more should players expect to shell out for new cards? For the EU, Blizzard have made an 11% price increase across the board. €2.69 becomes €2.99, and for the most expensive bulk purchase, €62.99 becomes €69.99. In Britain, things get a bit more difficult, and it ranges between a 21-28% increase, but two packs went up by a full 50% each–they used to cost £1.99, and are now going for a fairly steep £2.99. The other increases are a bit lower, and buying 60 packs after the price changes will now cost you a cozy £59.99 instead of the previous £47.99.

Why Would They Increase The Price?

Well, the why is fairly simple. European currencies have fallen in relation to the United States Dollar in the years since Hearthstone has been released. Blizzard is seeing less money as a direct result, and raising the price of card packs is an easy and obvious way to supplement their income.

In fact, if you look at the actual exchange rates, Blizzard’s decision makes more sense, although you should keep in mind that we are still talking about a digital good that has an infinite supply and costs nothing to create, produce, and distribute.

When Hearthstone was launched, exchange rates were much closer. That being said, Hearthstone packs were still slightly more expensive in Europe than in America. At Hearthstone’s launch, the cost of buying two packs in Euros was equivalent to $3.74 USD, much higher than the $2.99 in the American store. Purchases in America, however, have tax added on afterwards, which means they were paying $3.11 USD for two packs. The point stands: Europe has always been paying more for Blizzard’s card packs than Americans, but not by much. British Hearthstone players have enjoyed prices almost identical to their American peers–the cost of two card packs was formerly $3.30 USD, only $2.74 if you exclude tax.

However, this has changed. The European market has declined. Now, €2.99 is only worth $2.37 USD, and £1.99 is only $2.03 USD, compensating. These aren’t favorable conditions for Blizzard’s microtransaction market, and the adjustment in card prices is presumably an attempt to recover from lost revenue. In other words, from a purely monetary perspective, the card pack price increase does make sense. For Blizzard.

Yes, it does make sense for a company to adjust regional prices to account for fluctuating markets. However, Hearthstone has a couple of issues. One of the biggest problems is that it is, despite being a free-to-play game, massively overpriced. In order to get the top tier cards from each expansion, you need to open approximately 100 packs. These can’t be earned when there isn’t an expansion going on, and would cost over $100 USD to purchase. Of course, that’s merely to keep up with the top tier cards–you haven’t even built up the basics of a usable library yet, and that’s going to cost you.

Dust refunds are low. The gold you earn by actually playing the game is pitiful. The only way to build a sizable collection is to kick ass in the arena. For a while, there have been rumblings in the community about how Hearthstone is awful for new players. And it truly is awful. The cost of entry is insane when you look at the numbers, and it just got worse for the EU.

Get Your Pitchforks Ready

While purchasing card packs has always been optional, increasing the price is an unwise move. Blizzard doesn’t need the extra money. Hearthstone is already incredibly profitable, and asking for an even larger chunk of your pocket change is unlikely to sit well with players, especially with community resentment already at an all-time high.

And let’s be honest, Hearthstone has had a really bad year. For many players, if Un’Goro is bad, they will be quitting. Blizzard has chosen a terrible time to announce price hikes. It reeks of desperation. Maybe the Hearthstone team can smell the end coming and have decided to milk it for every last possible penny. Maybe that’s just my cynicism.

In any case, Blizzard certainly would have made fans happier if they had decided to drop the American prices instead. You might lose a few pennies, sure, but think of them as an investment in community goodwill. Perhaps if microtransactions weren’t almost pure profit to companies like Blizzard, increases like these wouldn’t be met with hostility. For now, the only way to show your disapproval is to stop buying packs. 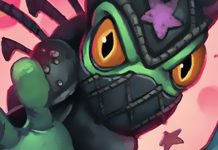