General Stephen Draper -
-6.8k
Path of Exile Shaping Before you start shaping your Path of Exile Atlas, we suggest you read our introduction to the Atlas. Once you have...
Image via AlphaCoders.

Easiest Way to Climb in League of Legends

Climbing the ranks in League of Legends can be difficult. It’s a lot harder when you cannot play your role of choice. In case you fall victim to the queue curse, here are a list of go-to champions that make for the easiest way to climb in League. There are some updates to be made, although some things never change.

An easiest way to climb in League is with Cho’Gath. Cho’Gath is everything you want in a tank. He’s huge, does a lot of damage and has a lot of crowd control. He wins his lanes by eating people, which in turn makes him larger – literally – for team fights. Ever since Cho’Gath’s stack rework, he has been a force to be reckoned with in the top lane. His sustain allows him to trade easily and his base damage is incredibly high. His reworked E in particular does far more damage than anyone ever anticipates.

The new runes have played a significant role in making Cho’Gath so impactful by being able to deal damage based on your health, heal off of it and gain maximum life. Gaining percentage health whenever things die near you is nothing to scoff at. A Cho’Gath getting over 6,000 life is not unheard of or even that surprising. But the real reason Cho is so powerful for beginners is that he does not need to win his lane to be strong. If you lose but passively farm, eating minions as you go, you will still have 3,000 to 4,000 life in the mid game with only one or two items. That’s more than enough to be a body for your back lane – your true purpose.

Tried and true, Annie is one of the best choices. She has long range autos for CSing in lane and her Q refunds mana when it kills anything, making CSing a piece of cake. She can build more life than other midlaners because of her high base damage as well. Rod of Ages is a little girl’s best friend and the easiest way to climb in League.

But, of course, Annie’s true strength is in her passive paired with Tibbers. You get enough charges to stun, then slam down your ult and decimate everyone around you with a point-and-click targeted area stun. Doesn’t get much easier than that! Because your base damage is so high, you will be able to kill most ADCs with your combo (Ult, Q, E) fairly easily. Tibbers also enrages if you die, making it even easier for you to secure kills – even if you mess up. 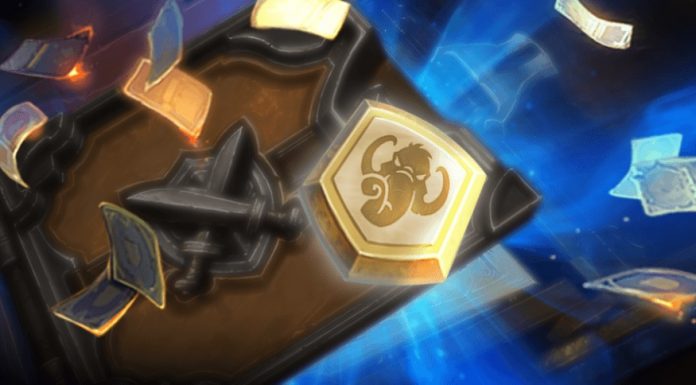 The easiest way to climb in League when it comes to the jungle is Shyvana. There are two main reasons why Shyvana is my pick for easiest jungler to make the climb. First of all, she is considered one of the top junglers on many tier lists right now. But far more importantly, she does not need to interact

with lanes to win. Shyvana’s strength comes from her ability to clear the jungle incredibly quickly and safely, then take Dragon solo. If you can sneak the first Dragon or two, it is a massive advantage to your lanes without ever setting foot in them.

You’ll run into issues sometimes if the enemy jungle is highly aggressive and your lanes are being bullied. Shyvana is not the best ganker, by any means. Pre-six, she does not have much to do other than run at them. In some cases that is enough, but oftentimes you will at best blow a flash. So, what do you do if the enemy jungler is doing well? Counter their jungle! The best way to put a jungler behind – aside from killing them – is stealing their buffs. You notice they are ganking top lane while their bottom buff has come up? Run in and steal it. Even if they get a kill top, they will be put behind while you’re put ahead.

Optimally you’ll want to do counter-ganks as well, something that you don’t require crowd control to pull off. But again, Shyvana’s strength comes from her ability to win without direct lane interaction.

If you are not great at ADC, the easiest way to be relevant is to CS properly, and the easiest way to do that is to have longer range than your opponent. They cannot poke you easily if you outrange them, which is why our choice for easy ADC is Varus. Caitlyn was certainly a strong contender, but her mechanics are a bit more complex. Also, Varus is arguably stronger at the moment.

Varus makes use of his long range to CS incredibly easily. His Q and E are also great tools if he is dealing with large waves of minions. His passive only makes it much harder to miss CS when paired with plenty of attack speed. The base bonus damage on his W is just one more small thing to make him a CSing machine – exactly what you want to be in order to get to late game. As long as you are farming better than your opponent and not feeding, you will always be relevant. Remember, a kill is approximately 20 CS. If you are up 40 CS by twenty minutes, then bam! You’re up two kills on them.

Some things truly never change. The Soraka reworks made her harder, but not hard enough to justify not including her here. Your entire kit is built around healing

your ADC and doing… very little else. There’s not much that goes into such a simple goal. Have health potions, land your Qs for more life where possible and funnel all your excess life into your ADC. That’s really it for laning. Your ult is an amazing tool for saving lives or turning team fights, and it is about as simple as an ult can be. Just see someone low and smack the button.

The weak point of Soraka is that she is incredibly squishy. If you get caught you will die, and you will die fast. You do not have any tools to heal yourself, or any movement skills, so you are very vulnerable. The solution is simple: stay with your team whenever possible. As a support, you should typically be doing this anyway so it is not a major drawback. If anything, it forces proper play by lower-quality support players. Stay behind your team and heal them, stick close and do not get caught. Well, what do you know?
You’re now a Soraka main.