Player personalities tend to be transferable from game to game, and it turns out that in-game characters across different titles share some eerily similar traits. Among two of the most popular games right now – Overwatch and League of Legends – quite a few parallels could be drawn between some of their characters. This is part of a continuing series attempting to perfectly pair a League champion for each Overwatch hero; some might not be as obvious as you think!

These two have no regard for tanks. Any combination of armor and health is a breeze for Kog and Bastion to shred through. The extremely limited mobility shared by this duo on defense is the primary trait that holds them out of competitive play, except for when they’re over-tuned, in which case they become completely unmanageable. Nonetheless, the potential damage output that each is capable of can satiate any thirst for blood.

Is it luck or is it skill? Either way, it sure feels like a potshot every time I try to shoot an arrow with either of these dudes. Thankfully, Scatter Shot and Hail of Arrows make for some guaranteed damage. Their ultimates can be absolutely game-changing, or can (more often than not) totally whiff. I’m not sure how to pass judgement on people who play these two characters yet; on one hand, it must be pretty difficult to play immobile squishies, but on the other, they’re essentially leaving the fate of the game to RNG – commendable either way.

Bombs away! These demolitionists make any defense difficult to crack. Ziggs single-handedly created a stalling metagame throughout Season 3. Junkrat, conversely, completely chokes out certain areas on Capture/Hybrid maps like King’s Row, Temple of Anubis, Volskaya Industries, and Hollywood. Either way, they’re both frustrating as hell to play against. If you’re ever wondering who has the top damage in a game, chances are that it’s one of these crazed bombers.

Mei is the devil and probably has the most personality parallels with Teemo, but how could I refuse to pair her with Anivia, given their shared troll-walls? Besides this, they also fire out icicles that deal way too much damage and control entire zones with blizzards. Not the most fun to play against these characters; I can’t imagine its too interesting playing as them either.

At this point I’m starting to think that the two games had the same design team. These characters are the ultimate lazy defense picks. Automated turrets are definitely the feature of their respective kits, however, masters of these makers show their experience by their utilization of the other skills. Their common ultimate steroids definitely aren’t the most creative addition.

The femme fatales of their respective titles, these ladies strike to kill. Their thematic similarities are aplenty, from the arachnid influence, to the far too skin-tight body suits leaving very little to the imagination. Despite Widowmaker’s primary identity as a sniper (which Elise isn’t really), they’re both quite alike in that their skill sets are ridiculously diverse, which has led to some serious issues for the balancing teams. 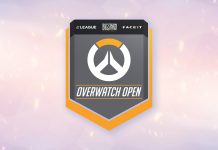