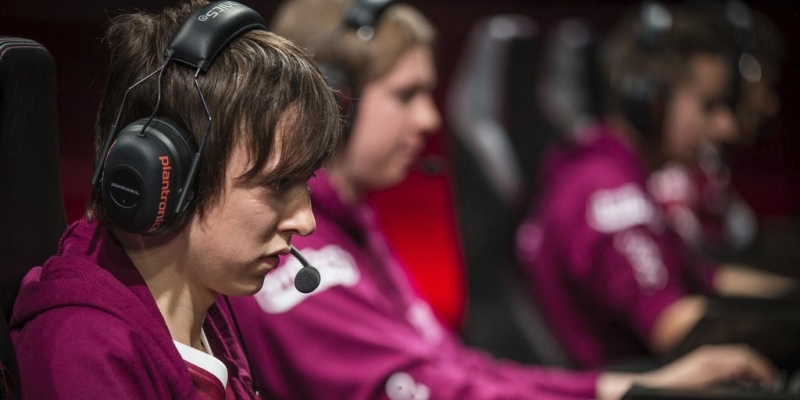 European team Unicorns of Love had started the 2016 EU LCS season with a respectable 2-1 record. The fan favorite team pulled out wins against rookie team Splyce and GIANTS before falling to Origen; the second-best European team of last year. The Unicorns were proving they wanted to challenge for a top spot in the EU LCS standings.

Today Unicorns of Love were set to face off against Elements; a team jockeying for position in the standings trying to prove they are better than the auto-relegation guarantee many have them pegged for. Unicorns were certainly the favorite because of their fast start to the season, but really, the two teams have some commonalities.

Unicorn’s off-season changes were viewed as neutral at best. Like Elements, their roster resembled a rag-tag group of players that other teams weren’t overly impressed with. It didn’t seem like any of the Unicorns were in a position to choose which LCS team they wanted to play for in the 2016 spring split, but rather settled for anybody willing to take them. Unicorns clearly responded to this undeserved label of mediocrity in a constructive way by a racking up a series of convincing wins.

And then there was adversity. The day before the Unicorns were expected to play Elements it was revealed that jungler Danil “Diamondprox” Reshetnikov would not be allowed to play in the EU LCS due to work visa complications. Diamondprox appeared to be experiencing a rebound season playing his first split away Gambit, his long-time team in which he established his legacy.

Much of the Unicorns early success was attributed to Diamondprox and his ability to build leads in the early game by creating pressure around the map. Substitute challenger series jungler Charly “Djoko” Guillard would be responsible for picking up where Diamondprox left off for the foreseeable future.

Djoko would deliver. If the game were played without summoner names, you may have never noticed Diamondprox was gone. Djoko seemed to be following the ghost of Diamondprox around the map as he completed ganks, secured objectives, and put on the pressure the Unicorns had come to expect from their jungler. It was one of their best games of the season, and it ended in a convincing win for the Unicorns.

H2K were also a victim of the crack down on working visas, losing their veteran mid-laner Yoo “Ryu” Sang-ook for an important game against Team Vitality. Filling in for Ryu would be Echo Fox substitute mid laner Marcin “Selfie” Wolski. Selfie had previous LCS experience playing for Supa Hot Crew, but was unable to fulfill his role as a substitute mid laner on Echo Fox up until this point due to visa issues.

This game was likely one both teams had marked on their calendar. Team Vitality features former H2K players Raymond “kaSing” Tsang (support), and Petter “Hjärnan” Freyschuss (marksman), who left H2K to join the brand new Red Bull sponsored team in the off-season. It would be a battle of old versus new, H2K, minus Ryu, versus Vitality.

The game remained close for a long time, but H2K would get revenge on their former bottom lane duo very quickly. KaSing and Hjärnan invaded the enemy jungle alone at level 1 in an effort to push Forg1ven and Vander off the Gromp. Much to their surprise, 3 members of H2K were waiting for them in the fog of war. Despite burning all of their summoners desperately trying to escape, KaSing would still die and Hjärnan would remain behind Forg1ven for the rest of the game.

Substitute, Selfie, looked a little shaky on Lissandra in his first LCS appearance of the year. He would die to a solo kill by Nukeduck’s Lulu – not something you want hundreds of thousands of people to see. However, Nukeduck did take ignite, and Selfie chose teleport. This allowed Selfie to push the side lanes later in the game without worrying about his team getting engaged on without him. As the casters would point out, a single kill on a Lulu isn’t that scary.

Even though Vitality top laner Cabochard (playing Olaf) presented a secondary carry threat for the team, H2K knew exactly what they had to do in order to win the game, and executed patiently. They waited Vitality out until they could take a favorable team fight that suited their team composition.

After a long ARAM style stand off, H2K would kill four out of five Vitality champions, losing not a single member from their own team. H2K abused the long death timers by charging down mid lane and winning the game. It took a single team fight for H2K to earn the win.

Adaptation Necessary as Substitutes Play On

There’s no telling how long these visa issues will plague the LCS. Teams affected by the clearly unexpected roster changes will be forced to test the strength of their coaching staff and the foundation their players operate on.

When a company hires a new employee they put that person through a series of training programs to give them the information they need to know in order to mesh with the existing infrastructure. Teams fielding substitutes find themselves in a similar situation. They must get the player up to speed with the team culture in a short period of time to avoid dropping games.

H2K and Unicorns of Love seem to be doing it right so far. 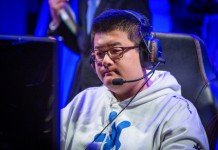