General Stephen Draper -
-6.8k
Path of Exile Shaping Before you start shaping your Path of Exile Atlas, we suggest you read our introduction to the Atlas. Once you have...
Featured image via Team EnVyUs.

North America’s Team EnVyUs stumbled their way to a 0-2 start during the opening weekend of the League of Legends Championship Series, due to visa issues that forced them to compete without starting jungler Nam “LirA” Tae-yoo.

GOOD NEWS! @EnVy_LirA has his P1 visa in hand and will make his #NALCS debut this weekend! Watch out for #EnVyLoL.

Their team’s fortunes have quickly been reversed, as EnVy announced late Wednesday night that LirA had his P1 Visa “in hand” and will be set to make his debut this weekend.

Without LirA’s visa approval, the team was forced to rotate starting mid laner Noh “Ninja” Geon-woo into the jungle position while having substitute Alexey “Alex Ich” Ichetovkin slide into mid lane. Though able to competently take the Rift, their results were unfavorable, losing matches to both Counter Logic Gaming and FlyQuest.

LirA, a native of South Korea, jungled the previous season for Afreeca Freecs, leading them to an appearance in the 2016 LCK Spring Playoffs. After reportedly reversing course on a deal with Team Vitality, LirA signed on with Envy to replace Kim “Procxin” Se-young.

The now-complete Envy roster will have some work to do to climb out of their 0-2 deficit, beginning with Phoenix1 and Immortals this Saturday. 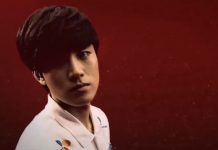