General Stephen Draper -
-6.8k
Path of Exile Shaping Before you start shaping your Path of Exile Atlas, we suggest you read our introduction to the Atlas. Once you have...
(Featured image via Wikimedia.)

A common piece of advice given to players who want to get better is to “watch replays of their games.” In previous versions of League of Legends, there was no easy way to do this. Now that Riot has added a replay feature to their client, all you have to do is click a button. Spamming more games isn’t always the best way to improve as a player. You learn more about your own shortcomings (and strengths) if you spend a few minutes studying a completed game.

Let’s pretend you have taken a couple days off from League and your memory of your last League session is a little hazy. The first step of the replay analysis process should be to refresh yourself: survey your last few games from the match history screen, and pick a game to focus on. You can pick a game you won or a game you lost, but it doesn’t matter because you can find mistakes in even your best games.

Once you have selected a game to study from your match history, check out the post-game analytics: scoreboard, overview, stats, and graphs. The scoreboard is a good place to check your build for errors and take in both champion selections. Ask yourself if you bought the right boots (was it a Ninja Tabi or Mercury Treads kind of game?) Did you buy Randuin’s Omen against heavy critical strike damage? Take note of your creep-score and your champion level. Were you under-leveled/over-leveled compared to other players? Was your CS above or below the average?

The overview tab will show you a graph of blue/red team gold advantage, as well as when and where deaths occurred on the map. This tool will remind you of the kills that swayed the outcome of your game so you can find these moments when you view your replay later.

Lastly, the stats & graphs tabs generate the same numerical information in two different formats. These tabs tell you how much damage you dealt and took, as well as some new-fangled stats like “vision score” and “crowd control score.” This data won’t reveal the intangible aspects of your play, but it’s a good place to assess whether you tanked hard enough for your team or if you dealt an appropriate amount of damage. If you see a 0 next to “control wards purchased,” vision–and, by extension, map awareness–is more than likely a huge issue for you.

Load Up the Replay

Hopefully the post-game analytics revealed a few moments for you to study in your replay. Click the X to close this page and go back to your match history list, then choose a game to download for replay. This should launch your game.

Start With the First Big Mistake

Now that you are watching your replay, the best thing to do is start with your laning phase and try to isolate the first big mistake you made. After a particularly ugly loss, you will probably be overwhelmed with all the mistakes that took place. Just focus on your own errors and remember that every game starts off tied. Find the first big event that swayed the outcome of the game, and consider what you could have done to change things.

• Could you have roamed or teleported bot?
• Could you have made your own play at the other end of the map knowing there was no gank pressure?
• Did you have any information on the enemy jungler that you could share to help bot-lane predict the gank?

Perhaps you got ganked and lost the lane…

• Where was your vision? Did you have a good opportunity to place a control ward?
• Did you cast your spells optimally to evade the gank? Did you panic-flash or use flash to dodge a skillshot?
• Did you push the lane too hard and get ganked?
• Did you make a bad trade and get low HP? How can you make winning trades the next time you face this matchup?
• Did you underestimate your opponent’s strengths? 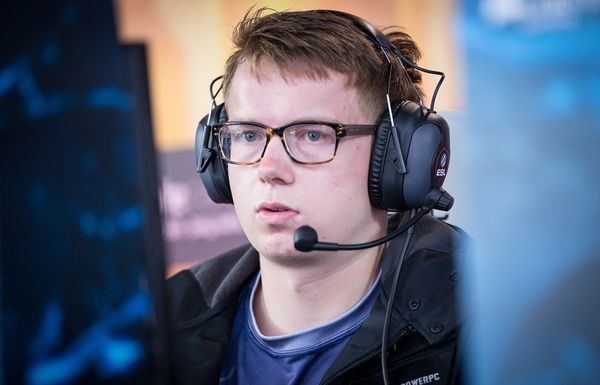 Mid-game / late-game rotations are a vital part of being a playmaker. You have to be at the right place at the right time, because even being a moment late for a dragon skirmish can cost you the fight. This aspect of the game is more about playing and moving intelligently than outplaying your opponents through combat.

• Were you split-pushing and grouping at the appropriate times?
• Were you present for the major fights, or lagging behind because you prioritized a different objective?
• Did you help your team with vision control?
• Did you manipulate minion waves advantageously?

With minion waves, force your opponents to choose between farming a stacked wave of minions or grouping for an objective at the other end of the map. Ideally, the opposite will happen to you: take the dragon, then collect the stacked wave just before it reaches your tower. Controlling waves in your favor requires knowing the basics of wave management.

Teamfights are an incredibly demanding part of League of Legends, and understanding what went wrong in a fight can be just as difficult as the fight itself. If an engagement went poorly, ask yourself these questions:

• Did my composition even want to teamfight, or did that particular teamfight play into my opponents’ hand?
• Did I play with awareness of enemy and friendly summoner spell cooldowns? Did I walk into something like Syndra’s ultimate?
• Did I take the right approach?

Approaching a teamfight correctly is all about knowing your role. Your role depends on whether you are a frontline tank, a backline carry, or a champion who falls somewhere in between. Your role may also change as the game progresses. Mid-game Renekton can dive the enemy carries and deal as much damage as possible, whereas late-game Renekton needs to play more mindfully and consider when he needs to protect his team instead of going for the jugular on the other team’s carries.

If you are the ADC or Mid, you should be studying your teamfighting positioning. Did you stand too far back and not deal enough damage, or stand too closely and get chunked by AOE damage? Look for openings where you could have done something unexpected, like flash forward past the tanks and burst an enemy carry to blow the fight wide open.

One Mistake at a Time

You don’t have to watch every second of your replays. You’ll improve from watching replays as long as you can identify just one mistake. Find your most common, repetitive errors first, then work on fixing them. A great deal of this is about your own mindset: if you think your play is flawless and your teammates are the real baddies, you aren’t challenging yourself enough. 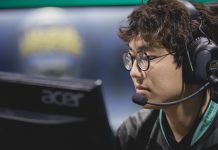