Good map awareness in League of Legends means paying attention to the game state: what the other nine players are building, where they are on the map, and what they’re doing. Map awareness allows you to make informed decisions, like what objective you should focus on or what resistances you need to buy. A large part of having map awareness is, unsurprisingly, simply about paying constant attention to the mini-map. When you have good awareness you make better decisions, and win more games. The only way to have “intuition” for the correct plays is to practice a lot and get good at recognizing in-game scenarios and game states. That’s an end goal, but to improve your basic map awareness, here are six things you can focus on.

Playing with a microscopic mini-map won’t do you any favors. To play with map awareness, you need to look at the mini-map CONSTANTLY: in between last-hits, while traversing down lane or through the jungle, and basically any time you aren’t engaged in pvp combat. If you haven’t looked at your mini-map in several seconds, it’s been too long. I like to play with my mini-map at the largest setting, and I wish I could make even little bigger. Stay extra vigilant about checking the mini-map when you are making a risky tower dive or jungle invade, because those are the times we tend to tunnel vision on making the play (and lose awareness of the map around us). 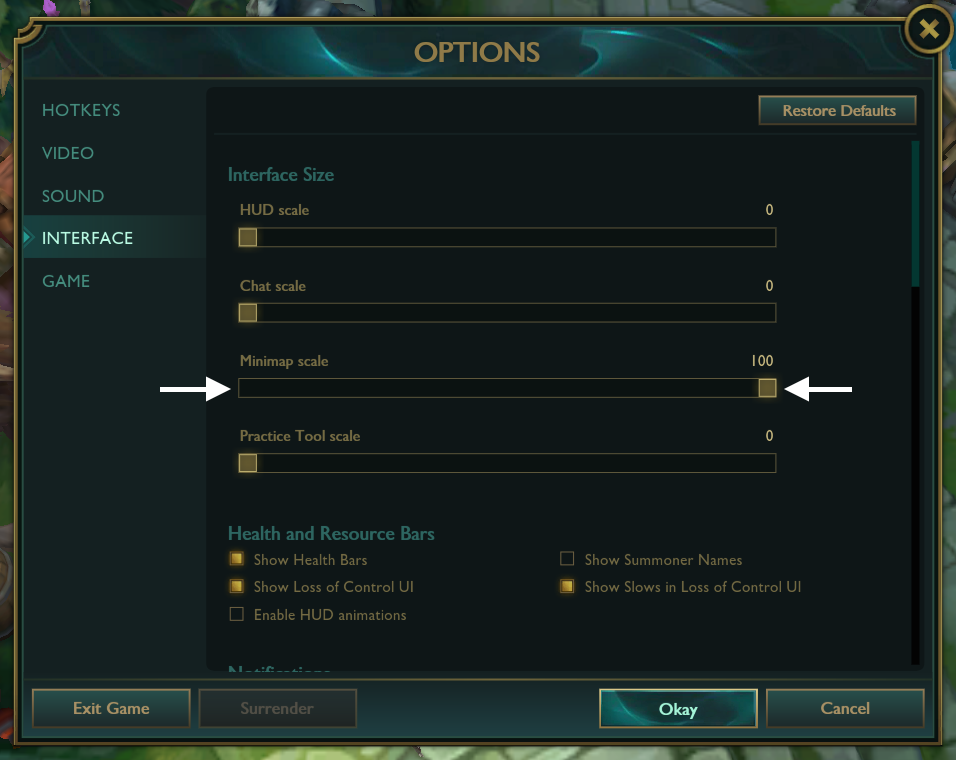 2. Forget about the chat

Focusing too much on the chat will distract you from the game. By default, the chat box is located opposite the mini-map in the League interface. Staring at chat box causes you to focus on the wrong part of the screen! So the next time you find yourself deep in conversation with an angry teammate, consider that your focus on the chat box is causing blindness to the mini-map. Playing with blinders on will cause you to miss the important but brief moments when your wards detect a passing jungler. Also consider that filling the chat with non-essential information will be putting blinders over your entire team.

Hitting tab brings up the scoreboard and jungle respawn times. Staying apprised of CS counts, as well as what items players are building is useful information. CS counts tell you who is winning or losing lane and estimate relative gold between players. Noticing which enemies are stacking armor can help you evaluate when you need to buy Last Whisper (for armor penentration), and noticing that a champion has just finished their Trinity Force means you should avoid fighting them for the time being. Hitting tab when your opponent has just come to lane can also show you when they have a control ward. Then, if you see them go MIA to ward, you can track their inventory to see if their control ward goes missing.

Practice using Teleport more often, or play champions with global abilities. Using globals and long-range spells can outright win you the game if you use them correctly, but that’s the hard part. Simply picking a champ with a global ability isn’t enough; you have to pay special attention to improving your use of a champion’s long range/global ability. There’s no downside to improving your Shen or Twisted Fate ultimates – their globals are fundamental to their success.

You can play roaming/global spell champions in almost every role to practice your map awareness:

Try playing Summoners Rift from an off-role. If you are mostly a laner, playing jungle or support forces you into a warding role and will make you play around neutral objectives more. Conversely, playing a lane you aren’t use to might give you a new appreciation for the struggles and strengths of that role. Having a new understanding of your off-roles will help you play against them in future games, thus increasing your overall game awareness.

Staying concerned with vision control is an easy way to focus on your map awareness. This means: remembering to use your trinket wards and Sightstone, placing wards around important objectives and gank paths, using Control Wards, sweeping enemy vision, and (always) looking at the mini-map. Ignoring the vision aspect of League is clearly an inferior way to play the game, and it won’t do any favors to your map awareness. Would you rather look at a dark mini-map, or one that is glowing with wards? Download replays of your recent League games and look for the moments when your warding–or a lack thereof–changed the outcome of a fight.

Map awareness is just one vital aspect of the game, but there’s also no limit to one’s map awareness. Even pro players have lapses in their awareness of events around the map. If you want to be a more complete player, map awareness is always a good place to start. 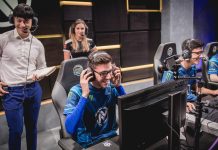