In League of Legends, playmaking begins with an assessment of the current game state. When you’re trying to make a play, it’s important that your team doesn’t allocate more resources than necessary, otherwise you’ll expose yourself to retaliation across the map. If you want to take control of the game, you need to be a playmaker, but if you commit to a plan without understanding the risks, the chances of it backfiring increase dramatically.

Here’s a good example: stealing an enemy jungler’s camp is an effective play during the early game. It denies gold and experience to the other team and forces their jungler to waste time. However, it’s not a great mid game play, since you’re better off spending time and energy securing towers or defending your team’s buildings.

Proactive and aggressive plays must be timed appropriately. Small plays like stealing camps and forcing spells in lane are most effective in the early game due to their small costs but relatively high rewards.

Making plays “ahead of the curve” is wildly fruitful, and this is how you snowball the game. A super early first tower can decimate a lane, just like how an early inhibitor can blow out a game. If you think about it in terms of gold value, a ~1k gold reward for destroying the first tower is more useful early game. 1k gold is a larger fraction a team’s total gold at 10:00 compared to 15:00, where gold values could be 14k vs 23k.

If you want to make a play, your team needs to allocate resources. Think about the costs associated with what you’re doing. Will you or one of your teammates have to use their flash? Will you sacrifice a wave of minions to their tower? Does a teammate have to leave their lane to take an objective? It’s not worth it to miss out on minion gold unless the reward for leaving lane is greater than the minions. If you know that you’re giving up more than you might get by making a play, it’s often better to just stay in lane and farm.

Knowing how much of your team’s resources to spend on a play depends on how big the reward is. Committing too many team resources to a small play makes your team vulnerable. Conversely, not allocating enough team resources on something like a Baron or Dragon take can lose you the game if the other team throws everything they’ve got at you to stop it. Any time a team can sneak a huge objective with only a partial commitment from their players, the rewards are massive–imagine the snowball effect of a top laner when he’s allowed to farm a side-lane while his team secures Baron.

After making a play, resource-depleted teams are more vulnerable to counter-play and retaliation. Mana, HP, cooldowns, items, and experience are all some resources that good players will notice their opponents are missing before they decide to initiate or pressure the map.

Even the time a champion spends engaged in their auto-attack animation makes them momentarily vulnerable. In lane, good players can manipulate last-hit timing to harass their opponent every time they go for a last-hit. In this case, we’re looking at a micro example of playmaking: the “play” is getting the last hit, and the window for possible retaliation takes place during the auto-attack animation.

Making a play like a teamfight engage is an important way to win a games, but some champions excel when the fight is “brought to them.”  Champions who excel at counter-engaging and turning teamfights in their team’s favor include Janna, Trundle, Cho’Gath, and Zyra.

Sometimes an aggressive play is too exploitable, and the smarter move is remaining passive and reacting to the opponent. For example, Leona has powerful engagement tools that can be used to start fights–Solar Flare (R) and Zenith Blade (E)–but using them leaves Leona’s team vulnerable to counter-engagements from champions like Trundle and Zyra. These picks may not have the best tools to start a teamfight on their own, but they can win handily against ham-fisted initiations. When you’re against a lineup with strong counter-engage, pick-offs are the name of the game. If Leona has to deal with Trundle and Zyra, Leona needs to consider their playmaking options. Instead of concentrating on a 5v5 all-in, it’s probably a better idea to focus on controlling vision and catching an enemy champion out of position. If Leona can get a pick-off, her team can look to force a 5v4 fight or take an objective. While this style of play might be less exciting, it’s much safer.

Playmaking for Professionals: TSM vs. IMT

Let’s round things out with a clip from the NA LCS 2017 Summer Grand Finals between TSM and IMT.

With game three fairly even and all towers still standing, Immortals sent their duo lane and jungler to gank Hauntzer with Tahn Kench’s Abyssal Voyage. IMT executed the gank cleanly, but they had to chase past their minions to kill Hauntzer’s Cho’Gath. With three champions in bot lane, Immortals was unable to defend the other side of the map, and TSM’s duo lane easily destroyed their top tower. The kill onto Hauntzer was worth 450 gold, but the tower earned TSM over 1000 gold. In other words, IMT successfully executed a play, but TSM accurately identified an opening for reactive playmaking and came out ahead on the trade.

TSM’s duo lane returned to fountain after killing the tower, leaving Immortals scrambling to respond with a tower kill of their own — they ganked Cho’Gath, but it took IMT one additional minion wave before they could match TSM’s tower kill. By then, TSM’s duo was returning bot to defend IMT’s delayed tower push. Biofrost’s Alistar died in the ensuing tower defense, and IMT turned their focus on infernal dragon.

Confident that they could take dragon while the game was still 5v4, Immortals started fighting dragon, but TSM appeared in full force to contest the objective as Biofrost respawned. IMT made another massive error here that illustrates the risks of proactive playmaking, dividing the team’s resources between killing the dragon and starting a teamfight with TSM. Immortals were forced to retreat, and TSM ended up claiming the dragon.

Want to focus on your mechanics? Check out our detailed explanation of kiting in League of Legends. 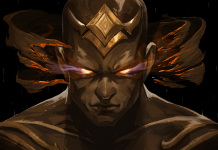