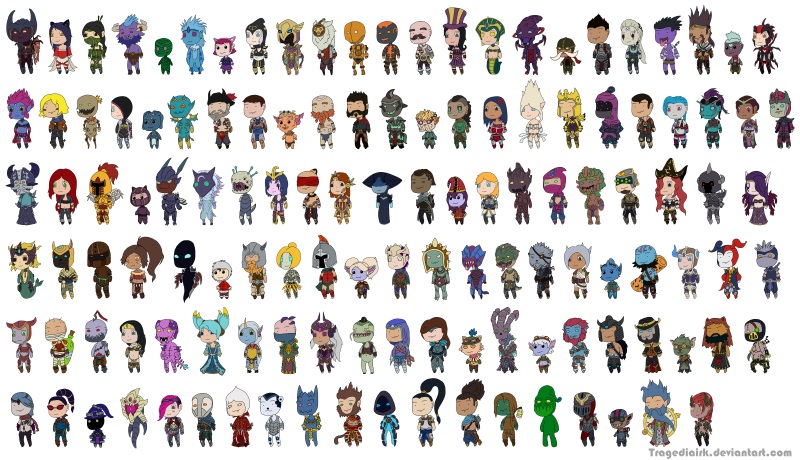 I need to reduce the size of my champion pool, and maybe you do to. If you’re anything like me, you’ve probably read dozens of tips from top tier players on how to climb ELO. One of the most frequently suggested tips is also one of the easiest to implement: play less champions. I’ve ignored this advice for long enough. It’s time to list out the most important reasons why we should be playing fewer champions until we overwhelm ourselves with logic. By the end of this article we will be forced to change our stubborn ways.

You don’t get this good at a champion by playing him once or twice a week.

You will have to go out of your way to nail complex mechanical plays such as the insec or kick-flash on Lee Sin, but there is more to learn than just high risk plays. Simply mastering the basic mechanics alone gives you an edge. Something as simple as being able to complete your preferred jungle route with the same amount of HP every time is something to be proud of. These small edges can really add up.

The scariest players to play against are the ones who deeply understand their champion’s strengths and weaknesses. Knowing exactly how aggressive you can be at any given point of a game, and knowing when you are weakest, can earn you many kills and save you many deaths. This sounds cryptic until you experience it for yourself. Understanding your power spikes will make your laning phase much more successful. Later in the game it’s all about knowing your role. What is your champion supposed to do in team fights? Knowing when it’s best to engage, peel, stay alive, or assassinate can make or break the game with the current death timers.

This information is incredibly valuable and can take a while to discover for yourself. You be able to take a shortcut by learning from others who have already unlocked the secrets for your favorite champions. Watching pro players stream, reading guides, and watching VODs can save you from playing the hundreds of games it took for these players to find out the secrets on their own. You’ll still need to put in work afterwards.

Playing fewer champions more often allows us to piece together lessons learned more cohesively. It’s much harder to notice patterns in a specific match-up when you have been exposed to dozens of unique match-ups since playing. When you limit yourself to just a few select champions, you’ll soon get experience playing out match-ups against meta picks.

This gives you a competitive advantage over other players who likely don’t fully understand specific champion match-ups unless they also have significant experience playing them out. Think about one trick ponies like Annie Bot or Irelia Carries U. These players have played out hundreds of games against nearly every champion in the game with their respective main. This gives them an enormous advantage over other players who cycle through flavor of the month champions.

There’s few worse feelings than taking a peek at player rankings while loading up for a big solo queue game. Discovering that the enemy mid laner has a 76% win rate on Zed over 117 games. Going up against a player who has taken the time to master a champion is extremely intimidating.

The new champion select guarantees you one of your two preferred roles. That means that if you really want to focus on improving, you only have to practice with 4-6 champions. Previously, ranked players had to be prepared to play any one of the 5 roles adequately. The new champ select is creating stronger players by reducing the amount of roles they are forced to learn.

Also, if you restrict yourself to a small group of champions you won’t be overwhelmed when scrolling through your champion collection. You’ll likely have a champion for picking blind as well as a pocket pick or two to punish enemy blind picks. No more frantic champion selections as the terrifying timer ticks down…

How to Get Started

Summoner zraxon played 100 games of Vayne in an effort to become better at the champion. This video shows his progress over the 100 games.

Playing fewer champions gives you clear advantages over players who cycle through a large champion pool. If climbing is important to you, there’s no reason to constantly switch up which champions you’re playing in solo queue.

Start today by selecting the 2 roles you are going to queue up for in Ranked. Think about which roles you get the most enjoyment from playing, and which ones best compliment the way you like to play the game. Done? Now choose 2-3 champions for each role. These are the champions you are going to stick to, no matter what, for the next 100 games you play.

Create a spreadsheet, or a text file in Notepad, and keep track of each of your ranked games. For each game make note of your specific match-up and record your score line at the end of the game. Bonus points if you write out some quick bullet points covering what you did well, and what you think you can improve on after the game. Tracking your performance will help you find leaks in your game, allowing you to constantly focus on improvement. Recording your strengths will remind you that it isn’t all bad during difficult losing streaks.

Playing just 4-6 champions isn’t for everybody. Personally, I frequently mix things up with the occasional ARAM, or 3v3 with my friends when I find myself burnt out from grinding ranked games. The evidence clearly points to a smaller champion pool being a shortcut to climbing the ladder. How you use this information is up to you. 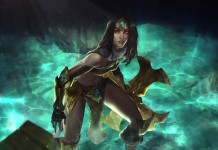