Disclaimer: As the title suggests, this piece is entirely my own opinion, it does not represent the opinions of any other writer, nor is it a factual representation of the game state, only my personal feelings on the subject.

I’ve been playing League of Legends for five years now. In Season Three I hit Diamond, and have maintained it since, often playing alongside professional and famous players during my higher peaks. According to wasted-on-lol, I have spent just over 5,000 hours on the game. So believe me when I say this is not a simple unfounded rant, but that I genuinely believe that League of Legends has gone downhill in the past year, and one of the biggest factors in this decline is Riot’s unfettered abuse of tanks within the meta.

Some background – Tanks have always been an essential part of League of Legends as well as in most MOBA games. They are quite difficult to balance when trying to make them feel both useful and not overpowered. In League’s history, items with the keyword Health have been changed more than any other items, trying to tweak Sunfire and Randuins perfectly, implementing Dead Man’s Plate, removing it, and implementing it again. Clearly health based champions are a hot button for the balance team. However, there is one item that was changed and inevitably removed from the game which I believe is the root of many of the issues that League is facing today. Atma’s Impaler.
For those of you who did not play League several years ago, Atma’s Impaler is an item that gives the wearer bonus attack damage based on their maximum health. The item itself did not have any health on it, forcing build paths to divert while building it, and it scaled off of 1.5% of maximum health in its final state before being removed. It was an item that many tank champions built as a fourth or fifth item, rounding out their build once they had a large amount of health from their other items. It had previously been considered broken and a must-buy, but they nerfed the damage from 2% of maximum health to 1.5%, and it became a situational item at best. It wasn’t an amazing item, just something that tanks could finish with for a bit of a bonus. However, it was difficult to balance, and ultimately they removed it from the game entirely, citing that it “would simply cause more harm for game health than actual benefits”.

Fast forward a year and Riot has made the biggest balance mistake in their game thus far, releasing the Juggernaut patch. Anyone who played between August and November of 2015 will remember how incredibly broken Darius, Skarner, Garen, and Mordekaiser were, not only dominating the ladder and each achieving an over 75% ban rate, but also dominating Worlds as well, creating a huge imbalance in a previously fairly balanced game. One of the items that they released during this patch, which was widely masked by the incredibly overpowered Juggernauts, was Titanic Hydra.

-5.4k
Want a degree in Game Design?
New Dota 2 Guides
League of Legends Fan Art
Get a Gaming Scholarship!
Now, base ability numbers on Titanic Hydra don’t look too out-of-line with what we saw from Atma’s Impaler, a hit that does 5+1% of your maximum health as bonus damage to your target, and 40+2.5% of maximum health as bonus damage in a cone behind them. Some quick math tells us that a champion with 3000 health – a fairly normal amount to hit for tanks at mid to late game – will be doing 35 bonus damage with his initial hit and 115 damage with the cleave. Suddenly those numbers don’t look so benign. A bonus 115 damage with a single item is significantly more than the damage from high attack aggressive items such as Bloodthirster. Not to mention that Titanic Hydra actually has 450 health AND 50 damage on it, as well as 100% health regen. The reward for the price is very out-of-line for items from any other class, but as many argue, it’s balanced out by champions who build this item being very slow and easy to kite, which is entirely valid.

However, we have not discussed the part of Titanic Hydra which makes it the most broken. It has an active ability which gives the user a bonus 40 + 10% maximum health as bonus damage on their next hit, to everyone in the cone. Ten percent! Using the same champion from before with 3000 health, suddenly they have a bonus attack that is dealing 340 damage, more than many rank five skills, and a full fifth of most marksmen’s health bars. It is also an auto attack reset, meaning it can be used directly after an attack in order to attack again immediately with no pause. All this on an item that has decent stats for its cost, even before these abilities. But even this could be workable if it wasn’t a tank item.

The root of the problem is that all of this damage is on a champion who is built around surviving. That 340 damage I mentioned wouldn’t be too surprising coming from a carry, we’d expect that and play accordingly. But how do you play accordingly when the person who does that damage is also unkillable? Sure, many of them can be kited, but since Riot also released items such as Dead Man’s Plate, kiting them can be very difficult, especially since many of these champions also have gap closers. In a game I played this week I watched a Shen with sub-par farm and only two kills taunt my marksman teammate and deal 75% of their health just with two auto attacks, one of them being the Hydra empowered attack. The only aggressive item he had was the Hydra.
This incredibly overpowered build path is no secret to the community. Master Yi is a very aggressive attack damage based champion who is intended to be a pseudo-assassin in how he jumps on a person and kills them incredibly quickly. So why is his current optimal build path to be nearly full tank? And why, when he builds all items that say “Health” instead of “Damage,” has his time to kill not gone down significantly? Champions who build health are not intended to deal damage through the merits of that health. If they do, then we find ourselves where we are now, dealing with champions who dish out the most damage in the game also being the ones with the most survivability. Gone are the days of the glass-cannon build, when faced with the impending danger of the health-cannon. 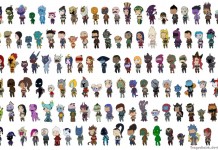