The meta of the wild format is much slower than standard due to the huge variety of cards and a small number of players. Let’s take a look at how Descent of Dragons has affected the situation in this format.

A lot of time has passed since the release of Descent of Dragons. And although the dragons themselves did not have a significant impact on the meta, the new expansion as a whole, of course, caused some changes in the Wild format.

The Return of Pirate Warrior

Who would have thought how much a single expansion could change! Pirate Warrior regained its former power, and new minions and resource generators helped him in this. Before the expansion, Warrior was the most unpopular class in the game. In the very first days of Descent of Dragons, Warrior was in the ranks of the most popular classes and began to show very good results.

Parachute Brigand is a very powerful tempo card, especially in combination with Ship’s Cannon. Pirate Warrior has finally once again become one of the best early game decks with the possibility of building up an advantage. Sky Raider and Ancharrr are also very strong. These cards play the same role as Underbelly Angler, which had a very strong influence on Murloc Shaman. Pirate Warrior can finally have a constant source of threats. That used to be a real nightmare for the class.

It is difficult to imagine a deck that will show itself better than Pirate Warrior in the early game, this deck in our TOP for a reason. Welcome back, Garrosh!

Even during the announcement of the Descent of Dragons cards, players saw the potential of Necrium Apothecary in the Wild format. However, testing this card directly in the game did not show any results.

Previous versions of Big Rogue got rid of heavy cards and became more straightforward. While many players still use Silver Vanguard and heavy 8 mana creatures, others went further and built a deck only around Mechanical Whelp. Necrium Apothecary summoning a 7/7 in the middle of the game is still an incredible turn, and the rejection of many potentially “dead” cards allowed the deck to significantly improve performance against aggro match-ups.

In Saviors of Uldum, the developers gave several options for Mages. Players tried out new aggressive builds with the addition of secrets.

Players also tried Reno Quest Mage. This deck did not appear on the spot and was only played by a few players around the top of Legend. Descent of Dragons breathed life into this deck – it has a lot of potential.

Violet Spellwing and Cobalt Spellkin allow you to complete your quest very quickly, and Arcane Giant is a huge threat for nothing, which, among other things, reveals the OTK potential of the deck. All this was a turning point amongst players of Reno Mage, who began to turn to the version with the quest.

Warlock continues to show amazing results and variety. It is the most popular class in Wild at high ranks and has many successful archetypes.

Mecha’thun Warlock was actively played at the end of Saviors of Uldum. After the nerf of SN1P-SN4P, the deck began to show great results. Although the version with the quest was the main one played in Descent of Dragons, many players decided to abandon it in favor of additional tools for protection and cycling through the deck. Dark Skies is especially noteworthy, as this card is incredibly strong not only in the deck with Mecha’thun, but also in other Warlock archetypes. Finally, Gul’dan has got an inexpensive way to clean the board!

The class has many other archetypes: Galakrond, Reno, and Even Warlocks – all of these decks are strong enough to make an appearance as well.

It is worth mentioning that many archetypes from Savior of Uldum have not lost their positions.

There is nothing special to say about Secret Mage. It has not received a single card in the Descent of Dragons, but still remains one of the best decks.

We have a similar situation with Mech Paladin. It received only Sky Claw, which can be easily replaced. Yes, this card gives the archetype a little more space on the table, but nothing more. The deck is still good without any additional support.

It is difficult to evaluate the benefits of Bad Luck Albatross experimentally. As a rule, you don’t know which cards your opponent takes, which means you cannot calculate the effectiveness of Bad Luck Albatross. However, the main purpose of the card is to put wrenches in the wheels of Reno decks. Failure to play Reno Jackson or Zephrys the Great on time often leads to defeat for your opponent.

Recently Shaman was one of the most popular archetypes alongside Mage and Warlock. However, it suddenly finds iself on the sidelines of the ladder.

Shaman did not receive support for his usual decks, Murloc and Even Shamans, whose popularity and effectiveness has declined over time. Most of the added cards are related to the Galakrond Shaman. This deck could have has a serious impact on the Wild format, but then the nerfs took place, ending that dream.

Nevertheless, although nerfs always reduce interest in a particular deck, Galakrond Shaman still has a chance to occupy a niche in the Wild format. The archetype continues to show itself well in Standard, which means that it can simply be the “dark horse” of Wild. It has a good winrate against Mech Paladin thanks to Devolve and can use the pace of cards with invoke to successfully dominate the board in other agro matches.

These are three least popular classes in Wild today.

Jade and the other slow builds of the Druid have long been without new cards, but nevertheless, they continue to have some presence.

Hunter received good cards for weak decks and bad cards for the strong ones. Mech Hunter and Reno Hunter are the most relevant decks of this class, but neither of them received new revolutionary cards, as happened with Pirate Warrior and others.

The status of Priest today can be described in three words: it is dead. Priest needed good cards to return to Wild. But instead, he got the worst set for Galakrond, which is why half of his new cards are simply useless. Yes, there are such archetypes as OTK Priest, Combo Priest, and, in the end, the new Togwaggle Priest, but none of them shows a positive result.

As Pirate Warrior proved, nothing is set in stone. New ideas arise spontaneously, new strategies can be devised, and, besides, new cards are at the doorstep. 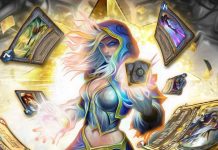