The Saviors of Uldum expansion has hit the Tavern! 135 new cards were added to the game and players have so many great decks to discover. Now that the meta is settled, and we have some understanding of the decks in the ladder, let’s break down promising decks to hit the Legend, and how exactly they shaped the pace of the game.

Let’s start off with the cherry on the top: Malfurion Stormrage. Deck cost: ~16000 dust. Quest Druid is the rock star of the first day of the expansion. The deck shows great win-rate potential, but there’s a room for changes in the deck. There are many vulnerable and improperly built variations of the deck. No one knows for sure how the best version of the Quest Druid should look like, but there are several interesting and non-standard ideas.

The most popular Quest Druid decks revolve around “Choose one” effect. With the addition of Untapped Potential, your first priority would be clearing the board and making sure you ended your turn with the unspent mana. Regularly, 4-5 turns required to finish the quest.

If there is a Coin or Innervate in your hand, do not be so sure to play them on the first turn along with the quest. This is relevant only for slow match-ups.

In the aggressive match-ups your first priority is not to die and do not lose the board. Play on curve, spend all the mana if necessary, and do not advance in completing the quest unless it is possible without hurting your board.

Your late game answer against Warrior would be Chef Nomi, early game pressure with Wardruid Loti, board spam, and deck cycle. But if you are a fan of fancy, combo-wombo decks, and you’re stress resistant kind of guy, feel free to try out Malygos Druid. Best case scenario? 64 dmg in the face. Just make sure that Maly, 2 Swipes, 2 Moonfires are in your hand; then basically copy them with Elise, play Dreampetal Florist and blessRNG that it will trigger both of your Malys. 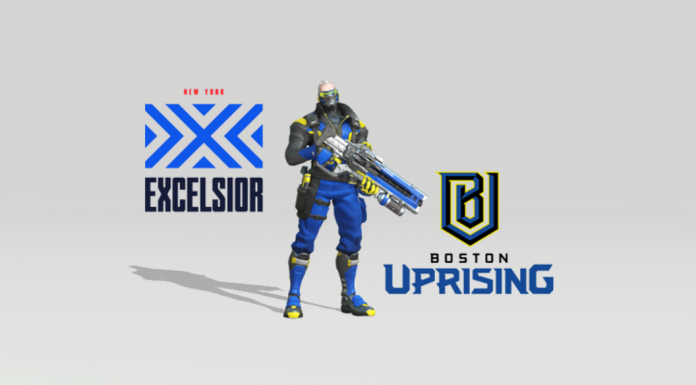 Was Control Warrior the most powerful class in the recent meta? Well, one thing is for sure: his dominance over other archetypes is questionable in the Saviors of Uldum. Warrior is well-known for his stability, everyone knows how to play it, and the deck shows great results. But with the addition of different quests, agro and tempo decks became more powerful, and mid-game can be quite challenging for the Warrior. It all narrows down to your chances to find Dr. Boom and vital removals.

Warrior’s greatest strength is Dr. Boom and the mechanism synergy, so in terms of the deck concept there’s not that many changes. Restless Mummy has replaced Militia Commander, Frightened Flunky will save your HP against agro decks, but apart from these changes, it’s the same old warrior.

However, Blizzard decided to change things up and remind everyone who’s been in charge of all the Smorg decks in 2016. But is there any point in a new hero power when there’s Dr. Boom? Why would you want to change anything if you could just place Bombs in the opponent’s deck or contemplate your opponent suffering from fatigue? For better or worse, this deck hasn’t recommended itself in the ladder and its strength is still up in the air.

Highlander Reno Mage is another deck that hits our top list. Cost: ~16000 dust. With pretty expensive cards in the deck, it reminds us of Control Warrior in terms of game play. If we take a look at the Mage decks from the previous expansion, we’ll see that they were strictly based on combos with Giants, Conjurer’s Calling, and Antonidas to top it all off. These comps were not bad, but they all left much to be desired.

New Reno Mage offers somewhat flexible solution. The deck features pretty interesting combos and synergies. First of all, we have early game deck control with Frost Nova, Messenger Raven, Bone Wraith, Khartut Defender, and Voodoo Doll, which is just as great against agro decks. So it’s not just about waiting for the combo with Giants anymore. Reno, Tortollan Pilgrim, and Siamat ensure deck control in the mid game and increase your chances to advance to the late game.

Late game is a place to shine for a Mage. Apart from the fact that you can Fireball your opponent to death with a traditional Antonidas and Pocket Galaxy combo, Saviors of Uldum offers new fancy combos to the arsenal. Reduce the Pyroblast to 5 mana with Naga Sand Witch, spam the board with heavy minions by playing new nutty King Phaoris, or basically try your luck and go for the Puzzle Box of Yogg-Saron to save (or ruin) the day.

As in the case with the Control Warrior, the new Mage archetype shows stability against any class in the game. So, new Reno Mage is definitely the force to be reckoned with in the new expansion.

So, how exactly the new expansion has changed the meta? Has it changed the game play in a way everyone expected to? As always, the storytelling behind the expansion, as well as hints of nostalgia, did their job. Beyond any doubt everyone was happy to see old-fashioned cards back in action, but did they change the game as, for instance, Death Knights did? We can’t vouch for that, but one thing is for sure: this expansion is a breath of fresh air and there will be more decks in the ladder in the next few weeks. Stay tuned for more Hearthstone! 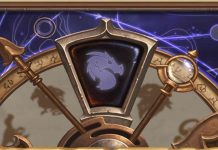