Reviews Elizabeth DiCesare -
-314
ROCCAT Vulcan 120 AIMO Are you in the market for a new gaming keyboard? If so, I recommend checking out the ROCCAT Vulcan 120...
Image via Hearthstone.

On August 14th, Season 2 of the Hearthstone Grandmasters began. Matches take place every Friday, Saturday, and Sunday. On September 6, the tournament will take a break for Masters Tour: Montreal and resume on Friday 18 September, continuing on the same schedule until October 11.

In Season 2, the list of participants has been replenished with 10 new players. 9 of them became grandmasters thanks to the results of the Masters Tour: Jönköping in June and Killinallday was invited to replace Gallon, who left esports (who, by the way, joined the Hearthstone development team).

Prize structure: each player has a base prize of $3,500, receives an award for each of the first three weeks, depending on the place taken. For each victory in the group stage, they receive $500. The final round also includes cash prizes in addition to a ticket to the GrandMasters 2020 Global Final for the first place.

Week 1 and 2 of the Second Season of 2020 Grandmaster has just ended, so let’s take a look at what the tournament has brought us so far, meta, and overall results.

As for the results of the first 2 weeks, Surrender (Asia-Pacific), Rdu (Europe), and Eddie (America) took the first places for their respective regions.

Although Druid was one of the most favorite class of 1-st Week, his win rate shows that the class is overrated.

Another popular class of the 1-st Week was Mage. Although the win rate us 48%, most of the players opted for a Tempo archetype with 2 Giants and Evocation.

As the statistics show, Priest was one of the most stable classes of the tournament. 42 Picks and 56% win rate, which is not bad at all.

Things went south for Shaman, as no players chose the class for the tournament.

Although Demon Hunter was not popular either (4 picks out of 48 players), the class managed to score 68% win rate.

Only 7 players decided to pick a Paladin, due to his good performance in a new Scholomance meta. However, the win rate of the class is only 35%.

As the players tried to gain a foothold on the 1-st Week of the tournament, no one really wanted to play risky all-face decks, like Hunter or Warlock, for instance. Less than 10% of the Grandmaster players brought these decks to the tournament.

Archetypes like Paladins or Hunters are good on the ladder, however, the strategy of these decks are very straightforward and not as resourceful as other decks may be. 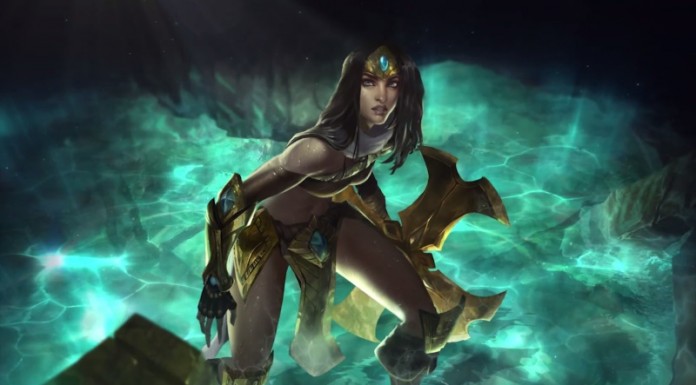 Week 2 brought the new format to the tournament: Four Deck, Last Hero Standing with One Ban.

On August 18 (one day before the Week 2 kicked off), patch 18.0.2 was released, which introduced changes to the main game modes. Kael’thas nerf has hit the Ladder which definitely has had an impact on Druid statistics – only 29 picks compared to the 44 picks on the Week 1.

It also has significantly weakened Priest. Both classes dropped in winrate and followed by popularity. But they did not disappear from the tournament meta. Both Druid and Priest play predominantly the same archetypes as before the patch, but the priorities and emphasis in the decks have shifted.

Nerfs have changed the strength of all classes in the meta, not just Druid and Priest. This couple began to appear less often, their win rate dropped. As a result, decks that beat those two classes ranked higher in players’ preferences.

Top Decks of the Week 2 From 3 Top players

Although nothing really changed since 1-st week in terms of picks, we can clearly see subtle shifts in Picks and Classes preferences. 3 Top players (Rdu, Surrender, Eddie) from each region dictated the meta with their Picks and unsurprisingly became the global leader in terms of tournament points.

As we can see from the statistics, Rdu opted for Top Rated classes of the second Week: Bomb Warrior, Tempo Mage, Highlander Priest, and Stealth Rogue.

The best players in their regions are still fighting for the championship title and Week 3 is about to kick off. It will bring a new format (9 Rounds of Swiss, Bo3 Specialist) as well as fierce competition with interesting games to behold. Stay tuned!