Reviews Elizabeth DiCesare -
-314
ROCCAT Vulcan 120 AIMO Are you in the market for a new gaming keyboard? If so, I recommend checking out the ROCCAT Vulcan 120...
Image via Blizzard.

Defeat Your Opponents with our Zephrys Priest Guide!

There are only a few popular Priest decks in the current Ashes of Outland meta. The most popular Priest decks are Galakrond Priest and Zephrys Priest. The guide will focus on the latter. Like any other Zephrys deck, this Priest is focused on the midrange style and looks forward to a late game. It’s a good deck thanks to the great number of resources and many removals.

Zephrys Priest is great against Warriors, so if you are tired of them, this deck will solve your problem. It is also a good slowdown for Tempo Hunter.

The deck is filled with removals, taunts, and lots of ways to create additional resources. It is aiming for the late game, where you can outplay any opponent thanks to abundant resources. However, there are also tempo threats that can pressure the board (mainly dragons). Add to this the powerful effects of Dragonqueen Alexstrasza and Zephrys the Great.

Zephrys Priest is an expensive deck, but most epics and legendaries are optional. The main expensive cards here are only Zephrys the Great and Dragonqueen Alexstrasza. These are the backbone of any deck with only one copy of each card. Galakrond, the Unspeakable is free for everyone.

If you have the dust to spare, you can add Madame Lazul, Soul Mirror, Reliquary of Souls, Murozond the Infinite, Natalie Seline, Skeletal Dragon, Siamat, Sethekk Veilweaver, Mindflayer Kaahrj, Shadow Word: Ruin, or Plague of Death. None of these cards are necessary, and they will cost you a lot of dust. They might help the deck, but it does not always justify the investment. The only legendary you can get here is the Kronx Dragonhoof: it plays in all Galakrond decks of other classes.

Zephrys Priest is a slow deck that most often plays defensively, although it can punish slow opponents with tempo dragons.

The deck is ideal for late game, although you can play it aggressively – there are tempo threats and buffs. Nevertheless, the key task of Zephrys the Priest is to make it to the late game and outplay opponent with a great number of resources.

Other class archetypes are similar, but they do not have Zephrys the Great and Dragonqueen Alexstrasza. To activate these effects, Anduin discards copies of the cards and makes the deck less stable. All Zephrys decks suffer from the fact that a lot depends on the approach, and it’s becoming more difficult to count on some “top decks” because the chance to take a specific card is significantly reduced. Moreover, the Priest is not good with additional draws, so each card must be played wisely. 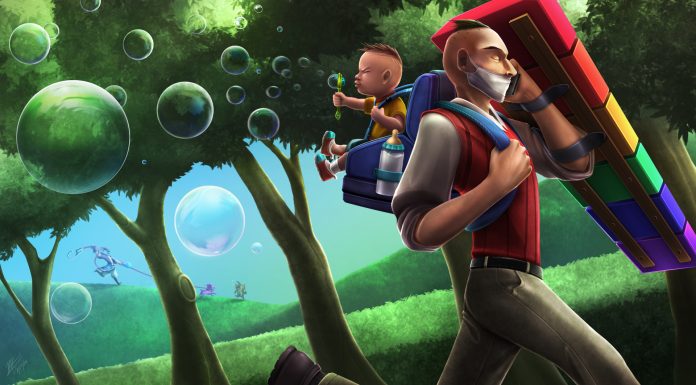 Do not be surprised that there is Galakrond in the deck, but there are no invoke cards. This card is in the deck because of his hero power. With the help of the hero power, you can outvalue all the slow archetypes in the game. Just don’t lose tempo and avoid letting your opponent deal explosive damage.

Zephrys the Priest has almost no sources for sorting the deck. Add here the presence of each card in one copy and you will find that in each game Zephrys the Priest is forced to play differently depending on what instruments go into his hand.

Although Priest is weak at sorting the deck, he has many card-generation effects: the strength of Galakrond, Thoughtsteal, Skeletal Dragon, Sethekk Veilweaver, and others. Again, these are cards with random effects, so you have to act on the situation and play with what is in your hand.

At the beginning of the game, Zephrys Priest defends himself or poses early threats. You will almost always have something to play on the first moves, just try not to use Zephrys the Great in tempo. This should be done only if you have a very bad hand, and there are 7-8 drops in it.

Zephrys the Great, AoE, taunts, random cards from Thoughtsteal, or Madame Lazul will help to survive in aggro match-ups or turn the game in your favor. Try to do everything to captivate your opponent in late game. Play Zephrys the Great when you know exactly what you want to get from him. Adjust the board and the amount of mana before using it.

Take your time playing Galakrond, the Unspeakable in aggro match-ups. You do not want to lose the base strength of the hero power. Stable healing is more important than 5 armor. Play Galakrond when you finally have a foothold on the table or when 5 armor is vital. The strength of Galakrond’s hero power is not so strong in a quick duel, but it will allow you to find new taunts, tempo, and simply strong threats in a longer fight. Use the hero power in aggro match-ups in the late stages, when it can be combined with the other cards. If you lack mana for both the hero power and specific card, give preference to the minion.

Play different threats in tempo, even if they do not have active battlecries, with the exception of Zephrys and Alexstrasza. All other minions must always be played.

In severe cases, count on the generation of random effects, spells with healing, and good top-decks. Do not be discouraged if you lose to tempo decks; It is hard to build a stable strategy against them due to the lack of second copies of cards.

In control match-up, look for pointed removals on powerful minions and explosive damage from Zephrys the Great. You can allow yourself to play slowly and skip the first moves. A heavy threat like Tirion Fordring can be played to exert more pressure. If you are counting on the late game, leave the key cards for the most profitable moments. If you play against another Zephrys deck, try to play these key cards after your opponent.

Try to play Dragonqueen Alexstrasza after the use of key removals, but do not be greedy if the situation is not too good and you need to urgently do something. In a mirror match-up, try to play it after the Plague of Death. It is not necessary to immediately play dragons for 0 mana, especially if there are cards in your hand that depend on the presence of dragons in your hand. But again, do not be greedy if you need to immediately create the pace on the board.

This Priest can put the opponent in a very bad spot, but only with a successful draw. Usually, you should not count on such an outcome, because your draw will be unstable. Try to play Galakrond, the Unspeakable early in order to get the maximum benefit from his strength as a hero. Priest has many creatures with useful effects, most of them are in the deck. Make use of them as best you can. 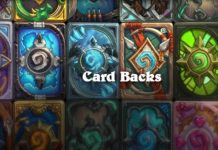