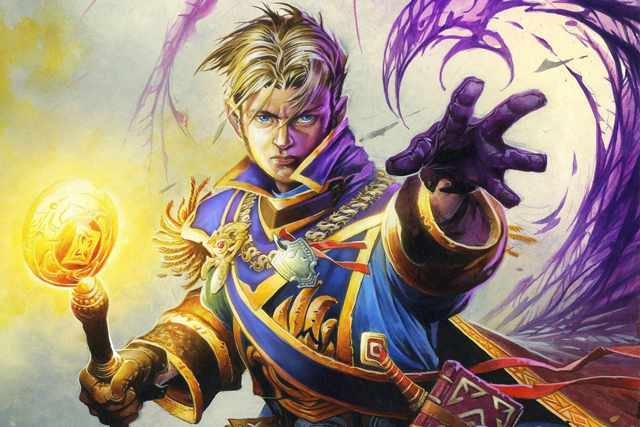 Introduction
The release of The Grand Tournament spawned two entirely new decks. Secret Paladin, and Dragon Priest. Dragon Priest is a deck which makes use of synergistic cards and large taunts to build up intimidating boards. Plus, it uses dragons. Dragons!

Reasons to Play Dragon Priest
Currently the ladder is flooded by extremely quick decks, aimed around winning before turn eight. The biggest offenders here are Secret Paladin, Face Hunter, Aggro Druid, and Tempo Mage, which combine to make up a huge percentage of the ladder at the moment (in my experience 75%+). Dragon Priest has the potential to shut these decks down entirely. It also has good matchups versus most midrange decks, and doesn’t get crushed by control decks. As long as you draw some of your synergies, this deck has the potential to win against any deck.

Dragon Priest has one of the most contested decklists in Hearthstone history. Within the first month of TGT it exploded in popularity, and every decklist was different. This one focuses on controlling the aggressive meta by running many low cost minions as well as having the synergy with Wild Pyromancer for taking out several low health minions at once. Shrinkmeister is in the deck as a potential combo with Cabal Shadow Priest, but it is also in as an early drop if needed, and there is only one copy of Cabal Shadow Priest to avoid clogging your hand early. It doesn’t run too many big dragons again to avoid having situations where you cannot play anything in turns 2-3, and it chooses Ysera as the one flex late game dragon because it has the most effect on the board in a single turn, as well as synergising the best with Priest’s hero power, and doesn’t create a Big Game Hunter target. Chillmaw isn’t flex because it is basically auto-include. It is incredibly strong versus aggressive decks, as your opponent is forced to silence it or lose his whole board.

Playstyle
As you can see, a lot of the early game is based around getting early minions out with high defensive stats. Twilight Whelp is a 2/3 for one mana, Wyrmrest Agent is a 2/4 with taunt for two mana. These two cards, along with Power Word: Shield and potential Wild Pyromancer combos are your way of getting through all the early aggressive decks. If you can deal with the early explosion of minions, then follow up with a Twilight Guardian and keep your health up with your hero power and Holy Nova, it becomes incredibly difficult for direct face decks to overcome your defenses. Late game your minions come into play with a boom, and as long as you can maintain board control, this deck is highly favoured to win. The decks this one is weakest against are control decks, in which you have to decide whether you are going to go for an early win by dominating the board, or late by avoiding drawing if it can be avoided, and killing all your opponent’s creatures. Since this deck is only running one Lightbomb and one Shadow Word: Death, the long game can be difficult, particularly against Control Warriors.

Matchups
Secret Paladin
This deck is very strong against Secret Paladin as long as you are able to get some form of board control early. If you are able to take the board, and have an easy way to answer their Mysterious Challenger on turn 6, then you basically auto win. Even if you lose the board, a large Shadow Word: Death or Lightbomb can easily sway this back into your favour. Keep in mind that Paladins don’t have a lot of direct damage, so if you are able to continually clear the board and heal yourself, or taunt up and heal yourself, you are fairly safe. Drag this matchup out, the Paladin only has four late game threats, two Mysterious Challengers, Dr. Boom, and Tirion. If you can answer all of these, you simply win, although be careful of a Blessing of Kings + Truesilver Champion combo, be sure to clear even the 1/1s late.

Hunter
This is the most basic matchup. Play your Northshire on turn one, even if you don’t have a follow up, play your taunts as soon as you get them, be sure to clear everything, try for big Wild Pyromancer combos. If you have a Pyromancer and the coin, saving them to use together can be extremely effective, but I wouldn’t lose too much tempo to go for it. As long as you can build up a few good taunts and keep healing yourself, this is an easy matchup, it’s pretty much based on if you have good low drops.

Control Warrior
This is one of your harder matchups. If you curve out, it can be really good for you, but if you don’t, or if he does, you’re going to have a hard time. If you fall behind on the killing him plan, you have two options, as mentioned before. Either control the board and keep trying to kill him, or control his input to the board with kill spells and try and outlast him. Both are viable, but both are very risky, especially with Justicar on his side.

Druid
This matchup is fairly even, whoever curves out better has the advantage. Keep your health above combo range, heal yourself any time you dip below 20 basically. Late game know the double Savage Roar range, be sure not to die from one burst.

Mage
Tempo Mage is a good matchup, due to our early presence. Easily the best thing you can do to win this is steal a Flamewaker with Cabal Shadow Priest. Just control the board and keep yourself out of Fireball range and you should be fine. Holy some removal for Antonidas and Boom as well. Freeze is much harder, go face hard and save a Holy Nova and a hero power for if he Alexstrazas you. It’s a difficult matchup, but there aren’t many on ladder right now. 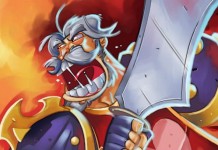