General Stephen Draper -
-6.8k
Path of Exile Shaping Before you start shaping your Path of Exile Atlas, we suggest you read our introduction to the Atlas. Once you have...
(Featured image via joethegoatfarmer.com)

In case you’ve been out of the loop, the Electronic Sports League (ESL) and Dota 2 viewers just had an epic face-off. What a way for the Dota 2 community to kick off 2018.

In the left corner, we have ESL. ESL is known for putting together quality tournaments for many different games and locations. The organization generally had a good reputation with fans.

In the right corner, we have a huge portion of Dota 2’s viewer fanbase (at least the ones that use Reddit).

In January, ESL announced that their tournament streams for ESL One: Genting would be exclusively broadcast through Facebook. They provided a number of justifications for the move from traditional Twitch streams to Facebook.

In a world where Twitch has a streaming monopoly, what caliber of streaming should fans feel entitled to? Esports tournaments are generally exclusive to Twitch, yet fans don’t really complain too much about it. Twitch, despite now being owned by Amazon, has a generally favorable reputation in gaming communities. Facebook does not.

Valve issued a statement a few months ago regarding competing streams. In the past, popular streamers like AdmiralBulldog would sometimes stream from Dota TV and provide their own commentary during tournaments. These “unofficial” streams would then compete with the official broadcasts from the tournament organizers and partner studios.

Valve’s position is that everyone should be able to broadcast from DotaTV (which is considered to be intellectual property owned by Valve), but independent streamers shouldn’t do it in a way that involves monetization or directly competes with the official streams. Unfortunately, when you read the text of the statement, it’s not entirely clear what Valve is referring to.

“Not using any of the official broadcast’s content such as caster audio, camerawork, overlays, interstitial content…” makes sense. If Weppas is being paid to do observation work by ESL, streams unaffiliated with ESL shouldn’t use his camera work and profit off his labor. That’s not exactly nebulous.

But the previous line, “no advertising/branding overlays, and no sponsorships” doesn’t elaborate on what that means in terms of individual streamers. No advertising could mean “don’t promote Kinguin, your personal stream sponsor, when they’re not actually sponsoring the tournament.” It could also mean “don’t solicit donations for your Twitch channel, and don’t use your custom overlays that promote your social media links.”

Prior to the ESL One Genting drama, this mandate by Valve was still debatable.

ESL One Genting’s streams could not be watched with anti-track protection enabled (a browser modification many people use to help protect their privacy). They were also difficult to find on Facebook, and users without Facebook accounts reported being prompted to make an account or log in in order to watch the streams.

Twitch streams sprang up, hosted by prominent streamers like BananaSlamJamma and AdmiralBulldog (among others). They were abiding by Valve’s guidelines, and using DotaTV plus their own audio commentary. These streams quickly earned far more viewers than the Facebook streams, as many fans were irked by the forced compliance with the unpopular Facebook platform. ESL began issuing DMCA notices against the Twitch streams. Due to the way Twitch processes DMCA notices, the streams were immediately taken down and blocked. Twitch takes them offline until everything gets sorted out, which means valuable live content is slipping by.

EsportsLaw posted a good comprehensive thread on Reddit about the nitty gritty details of issuing a DMCA. Valve owns Dota gameplay. ESL owns their logos, branding, audio casts, observation work, and extra content like panel discussions. As long as Twitch streamers aren’t broadcasting anything other than the gameplay, ESL’s DMCA notices are worthless.

Direct contact from Valve is like a double rainbow. It’s pretty damn rare, but quite a sight to behold when you do see it.

After hosting a disastrous AMA on Reddit, wrongly issuing a bunch of DMCA notices, and generally riling up the fan base, ESL came back a few days later with the following apology:

ESL: We were wrong. from DotA2

ESL’s PR department finally figured out that they were killing their credibility with a portion of their fan base, and Reddit’s bullhorn is one that often sounds the loudest and influences change.

There are still some unsolved mysteries. For example, was it was acceptable for BeyondTheSummit’s Portugese language channel (a commercial entity with branding, etc. on stream) to compete against ESL’s Facebook stream because ESL wasn’t offering a broadcast in Portugese? It seems like other studios and casters should be allowed to provide additional language coverage that the official streams are lacking, as it’s not really directly competing. But I’m not a lawyer.

Just to throw in my own two cents, I did not watch ESL One’s streams because I didn’t want to watch through the Facebook client. I have an account with Facebook that gets moderate usage, but I don’t use any of the company’s mobile apps. I prefer the fact that I can watch Twitch streams while logged out, without being asked to make an account or log in.

It makes no sense to me to partner with Facebook, as it is a generally untested and unpopular medium for streaming (especially for an exclusive stream). Why not offer both Twitch and Facebook streams and let viewers choose? In ESL’s announcement about their exclusive streaming partnership, they are touting the ability to have a private chat lobby with friends and watch streams together. In a world where Discord exists (not to mention Facebook Messenger), why would a chat with friends be a selling point of this platform?

ESL tried to force a revolution by forcing viewers make the switch, instead of offering both Twitch and Facebook as platforms, and it backfired.  It’s uncertain what ESL will do about streaming in the future. If they signed an exclusivity contract with Facebook, they may be stuck with the platform for a while until they can either get out of the contract, or it expires. I think at this point ESL can expect to lose a ton of viewers, especially now that Valve has clarified their stance on issuing DMCAs against Twitch streams. 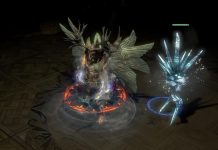