With Riot Games’ recent effort to rework champions that have outdated visuals and kits, it was only a matter of time before they finally got to Volibear, our beloved lightning bear that tosses enemies. His old kit was rather unremarkable and honestly just did not have enough in it to be able to keep up with newer champions. One of the Freljordian demigods in the League of Legends champion roster alongside Anivia and Ornn, Volibear now expresses himself as a proper menacing demigod through his overall look and his abilities.

Volibear’s passive is called The Relentless Storm. With this passive, Volibear gets a stack whenever he deals damage through his basic attacks or his abilities. Each stack of The Relentless Storm grants Volibear 5% bonus attack speed. Upon reaching the maximum of five stacks (which will then give him 25% attack speed), he gains Lightning Claws. Lightning Claws enables his basic attacks to deal bonus magic damage to his target and to enemies closest to it, chaining up to four subsequent targets. This seems to be a combination of his old ability Frenzy, which used to grant attack speed passively per autoattack, and his old ultimate Thunder Claws.

Volibear’s Q, Thundering Smash, makes him go down to all fours, gaining bonus movement speed and being able to pass through units. This bonus is doubled towards enemy champions. His next basic attack then becomes an unstoppable pounce, dealing bonus physical damage and stunning the target.

His W, Frenzied Maul, enables Volibear to strike an enemy with physical damage, and Wounds the enemy struck for eight seconds. If Frenzied Maul strikes a Wounded enemy, it deals 50% increased damage and heals him.

His E, Sky Splitter, summons a lightning bolt to strike a target location. If Volibear is within the location as the lightning strikes, he gains a shield for three seconds. The lightning bolt deals magic damage to enemies, slows them for 40% of their total movement speed, and grants vision of the area for 1 second. That ability does a whole lot.

Volibear’s ultimate, Stormbringer, enables him to leap to a target location with immunity to crowd control as well as granting sight of the area he leaps into. He slows and deals physical damage to enemies in the area. Stormbringer also buffs him for 12 seconds. During the buff Volibear passes through units, gains bonus health, 50 bonus attack range, 25 increased range for Frenzied Maul, and he increases by 25% in size. This ability also allows Volibear to disable enemy turrets for a few seconds when cast near them. 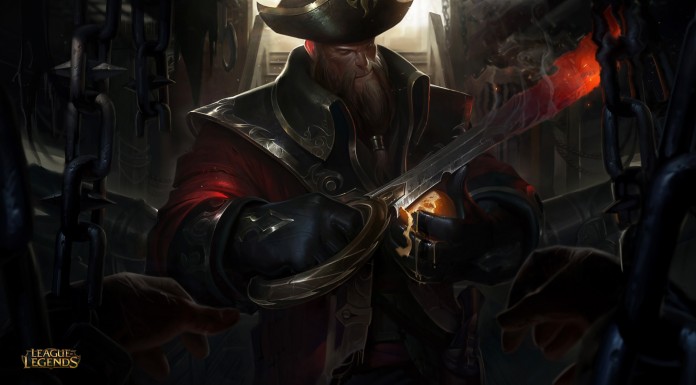 As was detailed when his abilities were being discussed, most of Volibear’s damage and sustain comes from his W, Frenzied Maul. You will have to max W first in order to get the most out of him, and to be able to deal a considerable amount of damage. The most skill-expressive part of his kit, however, is his E, Sky Splitter, in my opinion. Sky Splitter can be used either to maximize damage in a combo, to run from enemies, to chase them, or can even provide a shield to escape fatal damage.  Thundering Smash’s pounce allows Volibear to jump through a short distance, which means if an opponent is on the other side of a wall, Volibear may be able to simply follow suit. Because of the buffs and crowd control that Stormbringer provides, using it to begin a fight or as a reengage tool is preferred.

The nature of Volibear’s passive and his W means that he would thrive in a rather extended fight. With this in mind, a keystone rune like Conqueror would be able to be of so much help to him as it provides additional adaptive force and healing. In some situations, Grasp of the Undying or even Aftershock might be needed for the bonus tankiness that either of these runes provide. If you are playing Volibear in the jungle position though, Predator might be a good idea in order to pull off ganks successfully. As for itemization, a mix of tank and bruiser items would benefit him greatly. As Death’s Dance has been very strong on bruisers recently, getting this item might be a good idea. Combining Death’s Dance with a Spirit Visage would be very difficult for anyone to deal with.

Volibear’s kit contains a lot of things in it— there is a lot that Volibear can do in almost any situation. However, the amount of setup he requires to do a lot of damage might make him an especially situational pick. His reliance on extended fights might just make him an easy target for enemies to simply burst down especially early on in the game. However, the ease in Volibear’s kit to start a fight can make it great for him to set his teammates up for success.

Be sure to strike your opponents like lightning by actualizing Volibear’s potential.