The new Synthesis League came out this past week to mixed reviews. I myself have spent quite a bit of time playing it, alongside several experienced friends, and we all have some opinions about the league. It’s certainly no secret that this is the most confusing league yet, which is impressive coming right after Betrayal. There’s a lot to talk about, so let’s jump in to the new Path of Exile Synthesis League.

This league may be controversial, but there are a lot of good aspects to it. The best part, in my opinion, are the spell changes. Every spell feels much better to play now, and there are some surprise ‘overpowered’ pop-up spells that are very interesting. For example, someone in our group is playing Spark, and it is ten times better than it was before. It blew both our Storm Brand and Arc players out of the water, for damage, speed, and clear size.

The new spells are exceptional as well. I haven’t tried them yet myself, but I’ve been watching streamers absolutely destroy content with most of the new spells. Soulrend and Bane, in particular, have stood out as exceptionally strong. Bane might be the new clear speed meta going forwards, as it requires little to no gear, and absolutely destroys content. It also allows you to play Occultist highly effectively, which is great for league start considering the 250 free flat Energy Shield and stun immunity.

Self-cast actually feels good now. That’s really all that needs to be said here: self-cast actually feels good. The new support gems have done a great job of making self-casting feel powerful, and the balance changes sealed the deal. The changes weren’t enough to destroy traps or totems (or any other form of casting) by any means, but they brought self-casting back into a relevant place.

Did I mention the support gems? Because holy crap, Unleash might be the best thing to happen to self-casting, ever. For those who don’t know, Unleash is a new support gem that adds a charge to your spell every half second, for up to three charges. When you cast the spell, it replicates it for each charge at lowered effectiveness. People did the math and discussed that it was worth less than Spell Echo, but that was under optimal conditions of permanently attacking. If you pause for literally anything, you get at least one charge, providing a 65 percent higher damage multiplier, at least. The fact that it starts charging up when you start your cast rather than at the end means that you typically only have to wait about 0.1 of a second, not the full 0.5. While clearing a map or re-positioning on bosses, or pretty much anything, you typically end up casting exclusively Unleashed spells, making it absolutely insane. 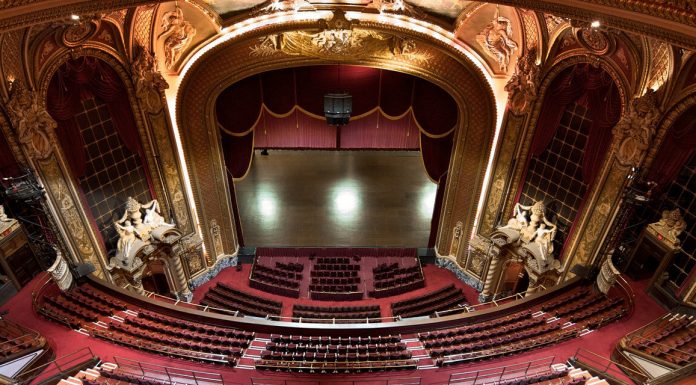 Encountering Cavas in a map and entering his memories feels good. There are situations where it feels awful, but we’ll get to those. When you actually get into a nice layout and manage to clear what feels like an entire second map, it feels incredible. They did a great job of making Cavas not too intrusive, and the memories in maps are far less bothersome than Alva or Syndicate ever were. It almost feels like a massive breach that you enter inside of. Sure, some of them suck, but some of them are incredible.

And did I mention the loot-splosions from them? They seem to have very low drop rates for maps. It’s similar to Incursions, but memories drop so many rare items we never had problems gearing all the way into maps. It’s a huge quality of life, and then turns into some nice returns with the chaos recipe. And while the fractured items haven’t been particularly interesting as of yet, there are at least enough of them to experience and try out synthesizing.

Memories feel good. Everything else about Synthesis does not. The Memory Nexus in particular just feels awful to interact with. Perhaps as people figure it out it will feel better, but it’s currently a confusing mess that often screws up the player by spawning new islands while trying to run pre-set paths. These are things that GGG has acknowledged as problematic, so we’ll likely see some sort of revamp moving forwards. For now, my group has killed Shaper, but we completely ignore the Memory Nexus. It isn’t worth our time, and it’s currently no worth the rewards, either. We’ve only ever had one section that felt lucrative among the five of us.

Memories in maps are awesome, like I said. However, there are some huge issues with them too. The void spawning right in the middle of the memory is awful. We’ve had many instances of Flame Dashing forwards, and a void opening exactly where you land, instantly booting you. We’ve also had quite a few memories that just cut us off before we could explore anything, or ones where despite moving at mach six, we couldn’t get to all of the levers. It could use some work, and I expect it will see changes over the coming weeks.

Lastly, Syndicate sucks. I’m not sure why they feel so much stronger this league, but my group with an aura bot and a curse bot just gets absolutely destroyed by Syndicate in tier 15 maps. In nearly every instance we’ve encountered them, they have been tankier and stronger than the map boss itself. In Syndicate I never had too many issues with them, and never minded the call to nerf them. Now, however, they feel bad. Nerf please!

Synthesis league is fun, but it has less to do with Synthesis and more to do with the surrounding changes to Path of Exile.

The memories are a blast to run, because they just add density to the maps. Actually interacting with Synthesis outside of maps is a pain, and something that many of us have been skipping until it is figured out.

The new spells and supports are awesome, but please, GGG, you need to nerf Syndicate.

Hopefully we’ll see some changes addressing the more glaring Synthesis issues in the coming weeks. Many of them have been acknowledged as mistakes or poor judgement from GGG already, so I’m quite hopeful!

Previous articleTaking Path of Exile from PC to Playstation
Next articleTravel through Memories in the New PoE League: Synthesis