With the conclusion of the International 2017 Qualifiers, and the group stages only a month away, it’s time to turn our attention towards the TI7 metagame. IceFrog has already made a few tweaks before it kicks off, with the release of 7.06e yesterday. 7.06d has already proven to produce exciting, high-tempo matches most of the time, with huge amounts of pressure being put on the mid-lane. Given that 7.06e mostly consists of balance adjustments to arguably overpowered heroes, TI7 is sure to offer a meta creative drafters will love, with so many heroes viable for them to pick.

Clockwerk is a top pick right now, with a win-rate of 57.55% and over a hundred games played during the qualifiers. Capable of being played as a solo offlaner, even against tough defensive lanes, or as a roaming support, Clockwerk’s flexibility is what makes this hero shine. Because you can pick him up early on in the draft, without giving away too much, you can delay revealing your core picks. As a result, you can hide your overall strategy until later on in the drafting phase. This gives your team a huge edge over the opposition. Expect Clockwerk to perform strongly at TI7.

What an obnoxious hero to play against. Night Stalker is the king of the roamers right now, capable of terrorizing enemy laning set-ups, tower diving for early kills, and silencing enemy play-makers. A high tempo hero, he fits perfectly into the meta. Not only does NS pressure the enemy team with his powerful roaming presence early on, once you’re ahead he then suffocates their map control thanks to his Aghanim’s Scepter. Plenty of bans will be heading his way at TI7.

Another high-tempo hero with a strong laning presence, QoP had a 57.03% win-rate across the qualifiers. She’s hard to gank, good at dealing with mid-lane pressure, and has a spectacular damage output during the mid game. Favored by the 10K MMR Abed, and plenty of other top-tier mid-laners, it’s a good patch for QoP players right now. She does have some bad match-ups mid though, Puck for example. Whether the top teams come up with new strategies for dealing with QoP appear remains to be seen.

It’s a terrible patch for carry players. With powerful roamers, effective early game pushes, and supports being drawn towards the mid-lane, they’re just not getting the time and space to farm. Whilst Lifestealer has seen some nerfs in recent times, thanks to his ability to survive ganks and zone out offlaners he’s one of the better safe lane options. Lifestealer also combines well with those mobile mid heroes like Queen of Pain. Don’t underestimate the advantages this hero gives his team. He’ll definitely stay a safe bet for competitive teams going into TI7.

Previous articleDota 2: How Strong Is Rod of Atos in 7.06e?
Next articleDota 2 Hub Streams: Friend Simulator 2.0 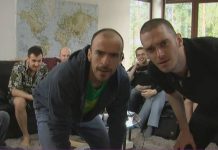