Welcome to the Midlane, where you suck and your opponent is amazing. Get used to it. We are gonna sit down here and talk about how to be a better mid-laner, because let’s be honest fellow Mid-laners we have a bad rep. We are seen as arrogant, cocky, unwilling to teamfight, split pushers and solo-yolo killers, Sumail-like. The truth of the matter is that we are not Sumail. So while he can get away with bullying his opponent back to the tier 3, we should never do this. So what is the first lesson learned? You are not that good. This is okay, because everyone else in your game is also not that good. Let’s hold off on the other lessons and get an understanding of what the Mid-lane is. Welcome to our DotA 2 mid lane guide.

This is at its basic, the lane in the middle of the map. Mid lane. Strategically this can allow you as a mid-laner to rotate easily to either lane; get help from either of your lanes for ganks; or get ganked by the enemy team just as easily.

Typically, mid lane is a solo match up, you vs some other arrogant DOTA 2 player trying to show off. Is that a $400 Invoker set on the enemy team? GG. Being a solo match up means you can either win big, or lose big. This is a lane where technical skills are needed. If you are good at last hitting and denial, you can have an excellent early game in the mid lane.

Mid also has the advantage of having power runes spawn every two minutes near you, giving you a boost if you can get to the rune before your enemy. These runes can either double your damage, regen your heros mana and health fully or make you invisible so that you can sneak up on an unsuspecting foe. All very useful. However this is just the basics of the mid lane. Win the last hits/denys, get the runes and you win the lane right? Wrong.

This lane is varied in its approaches. Some players believe that to win the lane, they must take the tower first. This works with some heroes like Death Prophet, Invoker (Wex,Exort), Drow, and Shadow Fiend. Or you can win the lane by bullying the opponent out, creating such a uninviting atmosphere that they leave the lane to you alone, Huskar, Templar Assassin, and Viper just to name a few that fill this role. Finally there is the playstyle where you just try to survive until your hero becomes useful. Typically you see Storm Spirit, Alchemist or Tinker in this role, heroes that once they hit a certain level can start to snowball into crazy train.

Let’s break these roles down.

Here the focus is on taking down the enemy creeps as fast as possible so that your wave can get into the enemy tower where you can focus on hitting that Tier 1 tower. Towers have no regeneration capability, unless there is a Treant in the game, so every spot of damage you put on the tower will stay, and eventually you will take it down. Taking the tower gives your team a gold advantage as well as making it more difficult for the enemy team to rotate around the map.

First objective is to kill the enemy ranged creep. This guy does a good amount of damage standing in the background keeping the lane pushed. If you kill him first, your lane will automatically push towards the enemy tower. Next objective, creep pull. Draw aggression from the enemy creep by right clicking the enemy hero while you are near the creep. This will draw them towards you, stopping them from attacking your creep all the while your creep and you are killing them. This will push you under the tower, allowing you to get some damage in. Be careful though, as you still want to be getting last hits/denys in the lane. Deny’s are extremely important as you can gain an experience advantage over the enemy hero.

This is a very aggressive play style, big risk and big reward. You can be called a feeder, noob, and lets just say many other unfriendly terms in this play style. Yet if it works, it destroys the enemy, making one of their hero obsolete, and possibly forcing the enemy to rotate to kill you. If you want to see how this is done in a pro setting, watch Sumail, he is the best at it – he’s just a big mid lane bully.

Some key concepts for this style is to generally ignore the creep until they are in perfect last hitting/deny range. Do not draw aggro when going for the enemy hero. Instead click the ground to move towards them until you are in range to attack, of course if you have a orb attack skill like Drow’s frost arrows or Huskar’s burning spear these abilities do not draw aggro when used. Your objective is to deal damage to the enemy hero, make them have a difficult time in lane, all the while you are taking a calculated amount of damage.

For this role you will want to be a courier hog. I have seen a decent Viper player courier out 10 salves in the first 5 minutes of the game, just so that he never leaves and can always be harassing the enemy. It works, but it gets frustrating when you are in another lane wondering where on earth any of your items are. Make the enemy weep.

This is a pretty boring style of play. Meant for a team composition that will give you the time to get to where you need. You want to stay alive in the lane. Deny’s are key for this style. You want to deny the enemy any advantage you can as they know there is nothing you can do to them in lane. An alchemist bullying anyone before level 6? It should not happen. Tinker can maybe inflict some damage but cannot kill you until level 5. If you are playing as one of these heroes work on your last hits/denys as they are fundamental to giving you some sort of impact once your hero comes online.

All of these play styles aside there are a few rules to remember when Mid, and the takeaway from our DotA 2 mid lane guide: 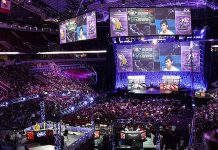