Dota 2 Eugene Torubalko -
-441
What to Expect for the Spring 2021 Dota Plus Update Dota Plus is a premium monthly subscription service in Dota 2. It comes with many...
(Featured image via DotaWallpaper.)

With The International 2017 only a month away, there’s a chance we might see a new hero added to the Dota 2 roster in the not-too-distant future. Many heroes, including Techies, were showcased at TI before they were released. Now that Valve has ported over all of the Dota 1 heroes into the game, as well as the Monkey King, who was already part of Dota lore, we’re left wondering where they’ll get ideas for new heroes. It wouldn’t surprise us if they turned to the community for inspiration, and these are some of the best fan-made hero concepts we’ve been able to find.

Bellaxtrix the Blood Cultist is an example of well thought out hero. The blood “theme: is similar to Bloodseeker, and the hero model would need a complete overhaul, but the way her abilities combine to damage enemies and heal allies seems really slick and could create some really nuanced play. And how cool does that gory Waveform-type Ultimate look? 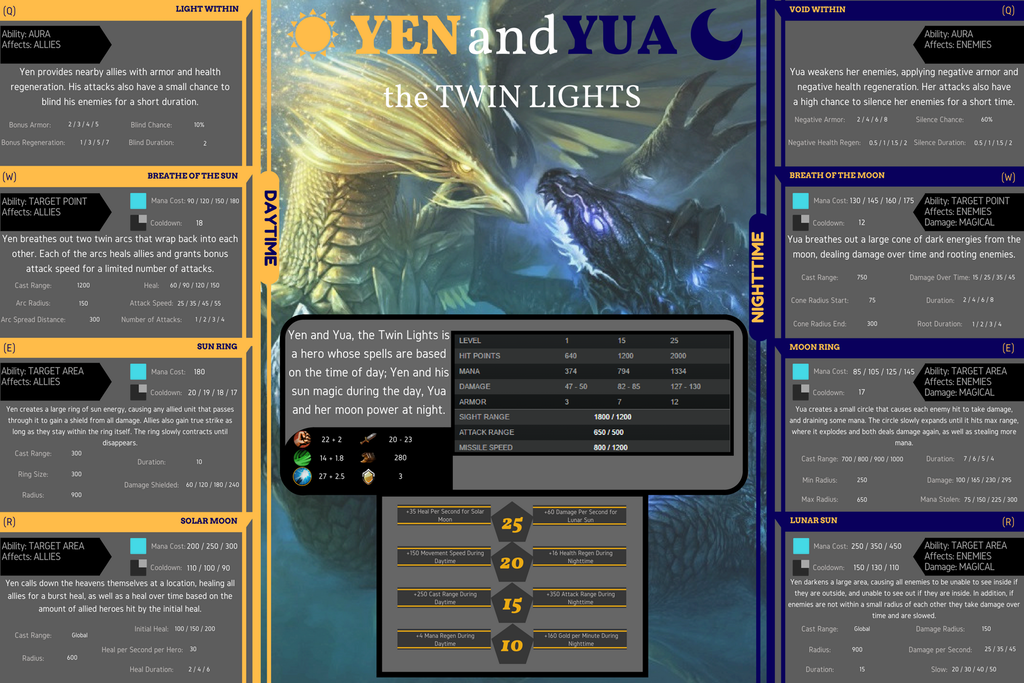 A character whose abilities are transformed depending on whether it’s day or night, the Yen and Yua hero concept is another fantastic idea. During the days, most of the heroes abilities focus on buffing teammates, but during the night, they inflict damage and debuffs on your foes. There’s plenty of room for some interesting synergy with heroes like Luna and, of course, Night Stalker.

Yen and Yua is a hero concept designed by Reddit user /u/Strenious.

Zulf’s abilities give him powerful initiation tools and massive control over enemy heroes. I’m sure this hero would be an instant favorite for lots of players.

Zulf the Stormhunter is a hero concept designed by Reddit user /u/ZizZizZiz. 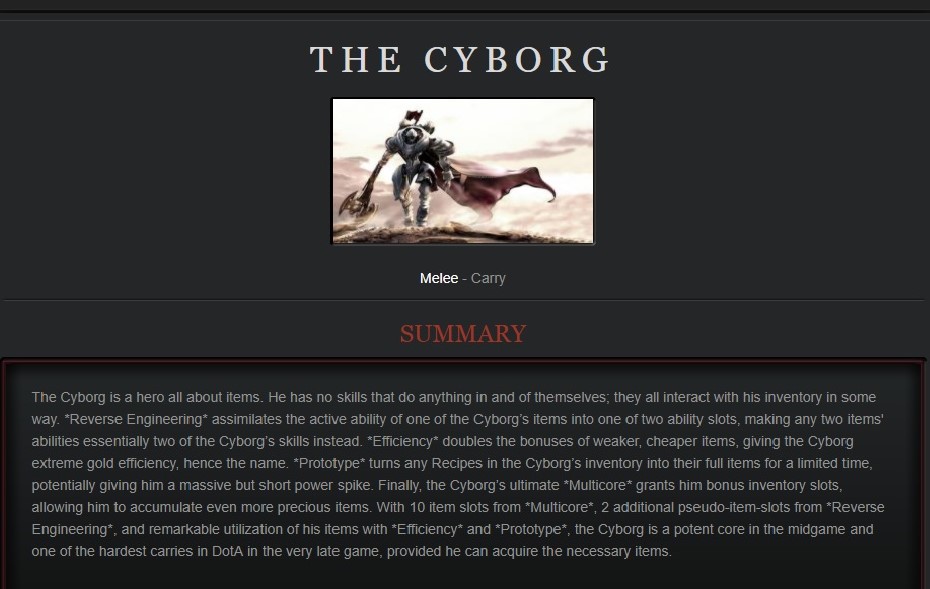 A hero whose abilities are based around buffing and absorbing the active abilities of items is a really novel idea and could certainly make things interesting. The Cyborg still needs a bit of depth as far as possible playstyles are concerned, but it’s surely only a matter of time before we see a hero capable of using more than six item slots.

The Cyborg is an original hero concept designed by Reddit user /u/TheGreatGimmick. 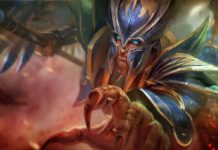