General Stephen Draper -
-6.8k
Path of Exile Shaping Before you start shaping your Path of Exile Atlas, we suggest you read our introduction to the Atlas. Once you have...
Via DreamHack

It’s official: Korea’s Team Tempest is the best Heroes of the Storm team in the world. Only a few weeks ago, they claimed their first title at OGN Super League after only a single month together as a team. Despite a rough start, the team managed to barely secure a place in the playoffs of the Korean League. They clawed their way through the losers’ bracket and dominated the finals with a 4-0 victory over former world champions MVP Black. By all accounts, they had usurped the king and claimed the throne.

Nonetheless, it was hard to accept it as more than a mere streak of luck. Maybe MVP Black just had a bad day; it’s not the first time it’s happened. Could the conditions of that day, the drafts the teams had prepared, or the way the maps were played have resulted in favorable momentum for Tempest?

Absolutely, but it wasn’t luck. Individually, the players on Tempest are incredibly skilled, and their teamwork has reached mind-blowing levels over the past few weeks. As they walked out onto the stage in Jönköping, Sweden for the Summer Global Championship, they had one goal: to prove that their win against MVP Black was no fluke.

Breezing Through the Group Stage

Due to Blizzard’s unique 12-team Global Championship seeding, Tempest didn’t join into the fray until the second group stage. Their first opponent was a Chinese team, X-Team, standing in for the recently disbanded EDG. While X-Team is arguably nowhere near the caliber of eStar or EDG, the two gatekeepers of the region, they have shown strong performances in the last two season of Gold League. Nonetheless, their dreams of doing their region proud were shattered quickly as Tempest dismantled them in a 2-0 series.

From there, the hungry beast moved on to devour their next opponent, Europe’s finest: mYinsanity. For me, this was a fascinating matchup because a lot of parallels can be drawn between the two teams. They have both struggled for first place in their respective regions over the past few months, and when they achieved it, no one believed in them. The storyline of Tempest and MVP Black is almost a perfect mirror of mYinsanity and Dignitas—both the story of the innovative underdog overcoming the regional giant.

The teams also share similar trademark styles that are completely different from any other team in the world. Both are known for their wonky drafts and creative talent choices. In many cases, their innovations have changed the way that players from all regions view the game and have, in essence, dictated the metagame several times.

Fans (like myself) gathered around the screen to watch their favorite teams duke it out and pull out some creative plays. What we saw instead was a massacre. Tempest broke mYinsanity with brutal 9:00 win on Battlefield of Eternity in the first game using an aggressive dive comp with Sylvanas to create extraordinarily strong pushes. In the second match on Infernal Shrines, mYinsanity fared little better as Tempest decimated their trademark Cho’Gall strategy in a swift 2-0. 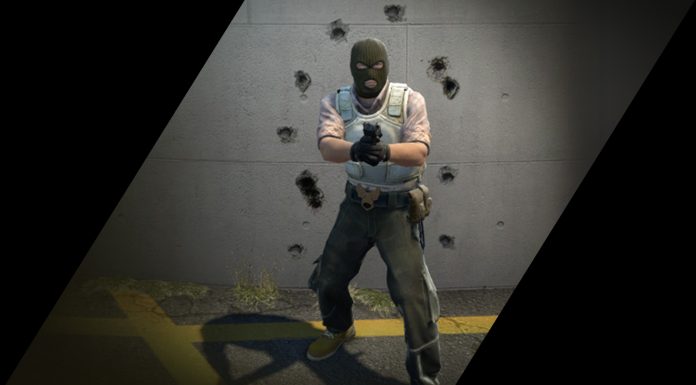 Whatever we expected to happen, Tempest just completely outclassed the Europeans in almost every way. They moved out of their group and into the playoffs with a flawless map score of 4-0 after the victory over both China and Europe, presumably on their way to confront MVP Black in the grand finals.

The semifinals match for Tempest was played against eStar, the best Chinese team and arguably the only team capable of taking on MVP Black blow for blow in a series. This is where the true struggle began. The first game on Infernal Shrines went by fairly quickly. Dami’s impressive Kerrigan play allowed him to dance all over the enemy team while being protected by Rehgar and duckdeok’s world-renowned Tassadar. Tempest took the lead over eStar.

Game Two was set on eStar’s best map, Tomb of the Spider Queen. Grabbing control of Xul early in the draft, eStar was able to shut down their opponent’s teamfighting options. eStar gained an early game lead by grabbing map control and getting the first turn-in. From there, they continued to snowball their advantage with consecutive turn-ins until they had webweavers on the Core and Tempest couldn’t stop them.

The third game in the series was a chance for eStar to turn things around and take the lead, but Tempest wouldn’t have any of it. The game was close, but Lockdown single-handedly turned several teamfights in Tempest’s favors in undoubtedly one of the most insane performances of Li-Ming ever. The scales were tipped once again in Tempest’s favor.

Dami surprisingly revealed his Anub’arak in the last game, catching eStar off guard. In any case, eStar played a brilliant game, taking a huge early lead on Towers of Doom. Unfortunately, as the game went on, the late game power of Tempest’s composition kicked in and they began to dominate fight after fight, mounting one of the craziest comebacks of the year. In the end, Tempest knocked their opponents out and headed into the finals where MVP Black was waiting for them yet again.

Clash of the Titans

There’s something catchy about the idea of MVP Black as the “final boss”. It’s happened so many times in tournaments, the phrase is almost cliché. MVP Black bulldozes all of their opponents and always win the race to the grand finals through the upper bracket; there they wait, ready to obliterate their final challenger.

In any case, Tempest found themselves in yet the same situation. While a lot of faith had been restored by their play throughout the tournament thus far, they were still considered the underdogs—still the unproven lucky beginners. What followed was perhaps the highest level and perhaps most memorable grand finals in the history of Heroes of the Storm.

Game 1 was a shocker. Despite wrecking every team they had come up against on Battlefield of Eternity, MVP Black struggled to gain a foothold against Tempest and were defeated on what many considered to be their best map.

Undeterred, the titans struck back in Game 2 with a brutal lockdown combo of E.T.C., Kael’thas, and Xul. Dami tried out his Kerrigan play again, but despite some fantastic plays was unable to carry teamfights hard enough as the team’s only significant source of damage. Lots of back and forth action culminated in a decisive fight for MVP Black (and one of the sexiest Cleanses ever) before they marched on the Core for the win.

Before you knew it, MVP Black was back in action. Picking up Tracer in the third game on Cursed Hollow, MVP Black was able to shred Tempest’s back line with impunity. They grabbed a late game boss after accruing a huge lead and easily took down Tempest’s Core to take the series lead 2-1.

At this point, Tempest was one game away from losing, but cooler heads prevailed. Game 4 was perhaps one of the tensest games ever played on Dragon Shire, going into the ultra late game at 25:00. Teamfights showed that both teams were perfectly matched with standard compositions, going head to head over and over with no clear winner. Everyone at home and even at the Blizzard office was on the edge of their seats. If Tempest slipped up even once, the tournament was over for them. But they didn’t. They didn’t make any mistakes, and with a final push, they managed to win a chaotic teamfight with four of their members still up, allowing them to march on the Core and bring the series to a Game 5.

The Greatest Game of All Time

For me, Game 5 was the greatest game of the entire tournament and perfectly showcased all of Tempest’s strengths. They won in the most convincing fashion with their own style, not resorting to cheap tricks or trying to match MVP Black head to head.

Tempest drafted an incredibly fragile “protect the Greymane” composition with Tyrael, Brightwing, and Tassadar. With such a delicate composition and a reliance on Wizened Duelist (a talent similar to League of Legends’ Mejai’s Soulstealer which increases damage based on kills), almost all of their damage was frontloaded into Dami’s Greymane; if Greymane dies, everything falls to pieces and the team loses. Dami didn’t die once.

Astounding teamwork kept Dami alive and well, and pinpoint perfect focus fire dropped opponents left and right, despite playing against the scary Kael’thas/Muradin/Thrall combo of MVP Black. In the end, Tempest won against the Korean tyrants yet again, claiming their position as the best team in the world. It was not luck or momentum that won the tournament, it was the greatness inside each player all stacked up together, tenaciously carving a pathway to success. 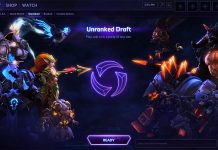