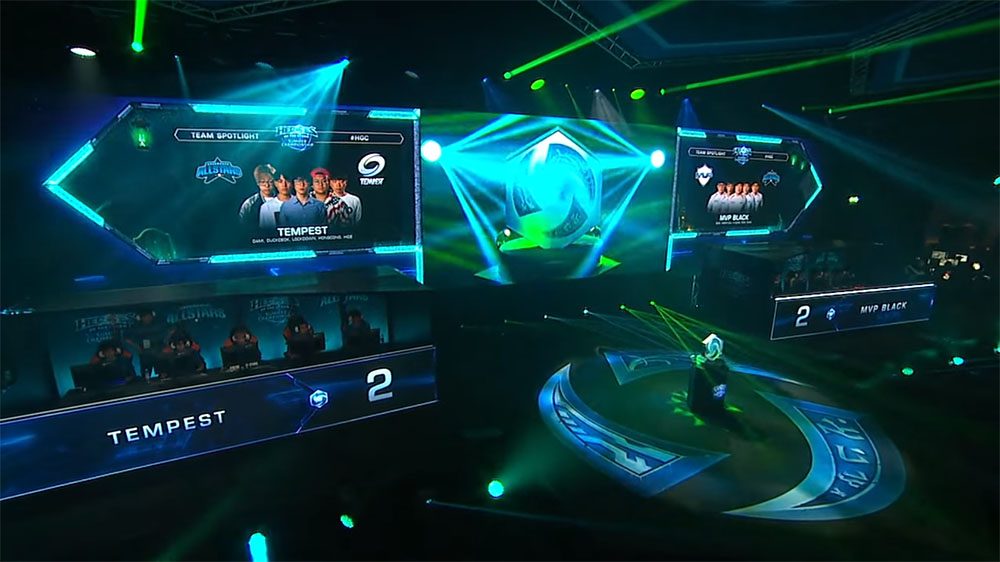 Every esport is defined by its greatest games. Games showcase mechanical feats of wonder, strategical masterpieces, or the most epic storylines ever told. Heroes of the Storm hasn’t been around too long, but already some of the most fantastic and memorable games are behind us. There are plenty of games to sort through, but luckily I’ve put together a list of five must-watch games for you. I hope you enjoy!

Na’Vi vs Dignitas on Battlefield of Eternity – EU Championship

First up is Natus Vincere’s brilliant Kerrigan/Butcher combo from the 2015 European Championship on the Road to BlizzCon. Na`Vi skipped out on a tank completely, forgoing the standard composition (healer, tank, and three damage dealers) and relying on picks and the innate tankiness of Kerrigan and The Butcher to provide a solid front line. Adding an Abathur into the mix allowed them to have a global presence and make the combos even more deadly with double Butcher. The coordination that this strategy takes is astounding, but Na`Vi pulled it off with flying colors. While Na`Vi is no more, their legacy lives on in this truly special game.

Another excellent Na`Vi game. This time, it’s BlizzCon 2015 and the European team is facing off with Korean titan Team DK on Haunted Mines. DK (later Team No Limit) earned their seed at BlizzCon with a shocking victory over MVP Black—the team many considered to be the stronger Korean team—in the finals of Super League. The series between Na`Vi and DK was very close, and this game came down to the wire; in the end, Na`Vi became the first foreign team ever to take a series off of the Koreans.

Na`Vi’s victory was simply one of the greatest comebacks in the history of professional Heroes of the Storm. Haunted Mines was notorious for snowballing out of control very quickly after one team got the first Grave Golem, especially with a Sylvanas shutting down structures. Unfortunately, Team DK got both an early lead and Sylvanas. They wrecked Na`Vi in the early game, dropping a keep by 9:30 and nearly outright winning. Na`Vi kept their cool, looked for picks, and slowly but surely brought themselves back into the game from a three level deficit before barely winning a crazy base race.

This next game made it onto TeamLiquid.net’s BlizzCon 2015 awards list. Cloud9 played the most obnoxious strategy of all time. Using a “never die” composition of Murky, Leoric, Tassadar, and Brightwing, C9 ran circles around the Koreans while Abathur constantly split push and started taking down keeps. You can feel the confusion and frustration of the Koreans trying to deal with this wonky composition they had never seen before. When C9 actually starts to win fights in the late game, the global pressure of Abathur finally broke them down and secured a win for C9.

This is also the very first appearance of Murky ever in a competitive game. No one ever gave him a second look, especially in competitive play. Many people wondered if Murky was only good for cheesing even after this game, but we’ve learned a lot about his viability since then. If not for Cloud9, we probably would have gone on dismissing Murky as a “useless” Hero instead of assessing his strengths properly.

Tempo Storm vs Cloud9 was the rivalry of 2015. In North America, almost all of the talent was gathered on these top two teams. Every NA tournament was comprised of TS and C9 destroying lesser teams before meeting up in the finals for yet another showdown. Tempo Storm pretty much always won, especially after the addition of Zuna, but C9 always looked like they were catching up.

What makes this game so special is that it’s the first time Cloud9 actually beat Tempo Storm in a major tournament, and they did it convincingly. It was an important change of power that would ultimately lead C9 to become World Champions at BlizzCon several months later. Game Two showcased the greatest strengths from both teams, but C9’s crisp rotations and mechanical skill outclassed Tempo Storm. For the first time, they were undoubtedly the better team.

I’m going to admit, I’m biased. I think Tempest is one of the greatest teams ever. Their pristine mechanics coupled with a unique playstyle set them apart from any other team in the world. MVP Black is the epitome of solid and standard, but Tempest plays to their own tune. This matchup was a showdown between the tried and true standard versus an extraordinarily fragile composition that required precise execution.

This game has so many intricate moving parts, it’s impossible to talk about all of them. MVP Black played a brilliant push style on Towers of Doom with Mercenary Queen on Sylvanas. Meanwhile, in camp Tempest, they decided to go all-in on a “protect the Greymane” composition with Tassadar, Brightwing, and Tyrael. Both strategies required perfect coordination, but Tempest started to pull ahead with perfectly executed dives and literally the most insane Greymane play of all time from Dami. On top of all that, this was match point for the 2016 Summer Global Championship. Words cannot express how beautiful this game is; along with the rest of the series, it likely won’t be forgotten anytime soon. 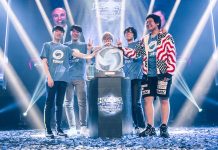