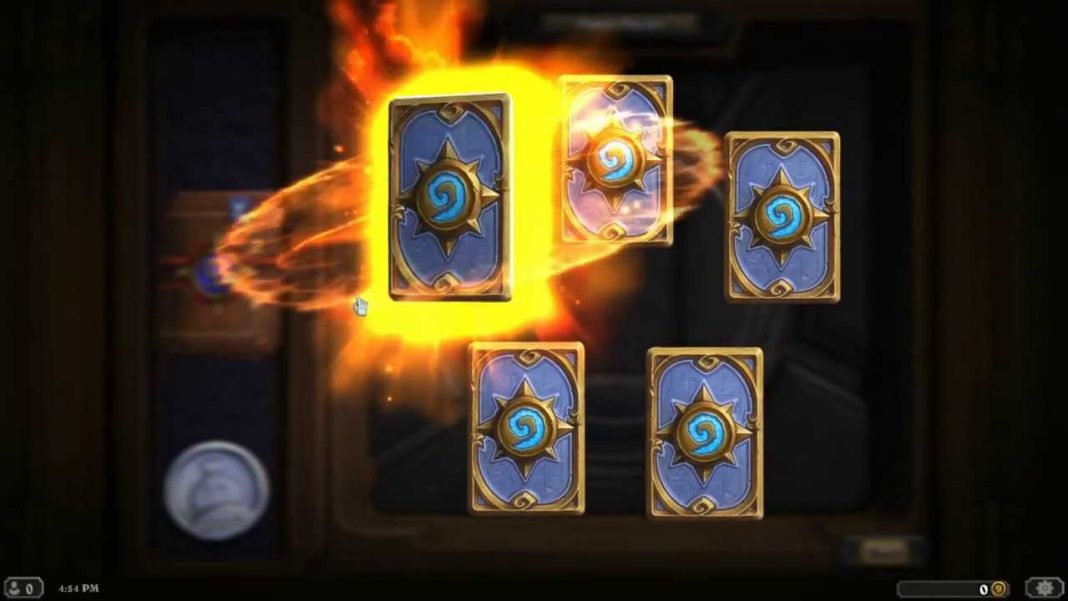 The Thirty Legendary Deck is something that most players have heard of. It is, as the name would suggest, a deck comprised of only legendary cards. The deck has always been a gimmick, and that has not and will not change. That being said, with the new legendaries the Thirty Legendary Deck is more viable than ever! The new legendaries added in One Night in Karazhan are all fairly strong early cards, which is what the deck was lacking.

This is obviously a very flexible deck list. You’ll definitely want the early minions, but the more expensive ones can easily be interchanged. Hell, a bunch of these cards aren’t even released yet! Obviously you can play around with the deck list quite a bit. This is just a framework.

One card I didn’t put in that you should definitely try is N’Zoth. With Tirion, Sylvanas, Cairne, and Chillmaw, this deck is perfect for him. I didn’t include him, because honestly, the deck was full. I’d probably take something like the Curator out to test him out.

So this deck is very obviously a gimmick. The goal isn’t to win consistently, it’s to win once or twice. The goal is to beat someone so that they know they lost to the Thirty Legendary Deck. Win with this deck and you are immortal! The curve is far better with the addition of the One Night in Karazhan legendaries. Even so, you’ll need quite a bit of help for this deck to be successful. Ragnaros the Lightlord, Alexstrazsa, and Reno Jackson will help with life gain. However, the lack of strong early minions is still an issue. If you do manage to get past turn five or six without having lost, you are in a great position! Sort of! Most decks still need spells! But you’re better off! 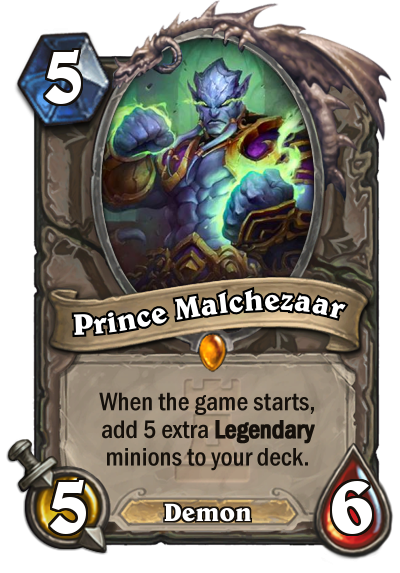 One potential issue is that Prince Malchezaar may add duplicate legendaries, making Reno not work. However his stats are so good that it’s worth the risk in a deck that struggles for early minions. In addition, having extra legendaries from Malchezaar may help smooth your curve. In all likelihood they won’t, but hey, your curve already sucks!

If you’re able to get to late game, there are a bunch of fun tricks you can pull off with this deck. My personal favourite is the double Ragnaros. What’s better than healing eight health per turn? Dealing eight damage! What’s better than that? Doing both! With all of the newer counterpart legendaries, this can be a lot of fun. With some sideboarding you can easily pull off both Muklas as well, or even both Nat Pagles!

Brann plus Barnes can also create a lot of fun. With so many epic legendaries, you’re bound to get something decent. Imagine pulling out a 1/1 Tirion and 1/1 Sylvanas! Plus, if you end up putting in N’Zoth, they count towards his reincarnations as well!

There are a ton of fun combos you can do with this deck. Because really, that’s all this deck is for. Fun, and the epic stories that come from it. If you’re just looking to have some fun, give it a try! 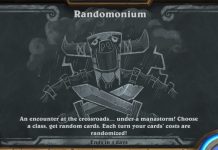