Reviews Stephen Draper -
-280
We were lucky enough to receive a Roccat Kova gaming mouse last month to review. I’ve used the mouse extensively, and have...
Courtesy of Yahoo, Inc.

Wednesday, Yahoo announced their new esports division. Following in the footsteps of major figures such as ESPN and NBA team owners, Yahoo has jumped on the esports bandwagon, hoping to grab a piece of the still-cooking pie early on. This is the latest in a trend of large American corporations investing into esports much the same way that many major Korean organizations, such as SK Telecom, are invested.

If this trend continues, it is almost a guarantee that esports will take off in North America, if not the entire Western world. While many European teams exist, especially for CS:GO, esports is mostly focused in Asia, followed by North America, as demonstrated by an esports market brief published in mid-2015 by superdata.

In comparison to what it was only a year ago, esports has exploded in North America. In five years, the Western world may outstrip Asia in consumption of esports, and it’s mostly because of Twitch. Without streaming services such as Twitch, viewers would be unable to view games in real time, like in traditional sports. With that convenience available, esports is many times closer to traditional sports.

With already established broadcasting platforms and convenient vods for late viewers, esports provides easy access to pro games. In addition, the already large gaming culture in the west will always spring on the opportunity to prove its “l33t sk1llz”. Vods allow gamers to improve their gameplay by observing the decision-making tactics that pros use.

As large organizations continue to pick up the pieces of esports available in North America, it is only a matter of time before Team Coca Cola faces Team Pepsi in the LCS. Then, we’ll all finally know which soda brand reigns supreme, and whether to bring a Sprite (Coca Cola) or a Mountain Dew (Pepsico) to the game. 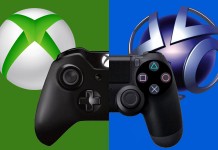