General Stephen Draper -
-6.8k
Path of Exile Shaping Before you start shaping your Path of Exile Atlas, we suggest you read our introduction to the Atlas. Once you have...
Courtesy of AnyKey

Because of the 2GD fiasco and other drama recently, many people overlooked an important piece of gaming news: Intel and ESL have partnered together to create an initiative focused on promoting women and LGTBQ+ people in esports. In 2013, Forbes examined why the tech industry needed more women. They reasoned that women consume, on average, much more in the digital realm than men, and the disparity of gender in jobs in tech-related fields was staggering. Over the past few years, those statistics have improved as more and more women enter the field of Computer Science.

Much in the same way, esports must recognize an audience many didn’t remember existed: women. Since the inception of video games, most competitive and major games have been largely targeted to men, often going so far as to actively discourage women from playing. However, women have still played with us and against us for a long time, and a recent survey showed that more women than men owned gaming consoles.

In such a male dominated field as esports, it is often hard for women to rise to prominence. Just looking at our website’s staff page will show you that far less women are in esports than men. Almost all major esports pros are male, with the exception of a select few such as Starcraft 2 Zerg main Scarlett (who also happens to be transgender) and Hearthstone Pro Eloise. In our day and age of equality, these trends are almost shocking to activists.

However, the AnyKey initiative by Intel and ESL is looking to change all of that. Its mission is to unite gamers to create spaces for women and other underrepresented groups in esports. Often the main obstacle for these groups are insults from male gamers whenever they join a lobby/game. Women and other groups who overcome this particular barrier still face the issue every day, requiring a much thicker skin than that of the average male gamer. While this trend continues, many women who could potentially join esports are discouraged by discriminatory practices perpetuated by males who simply don’t want to lose to or be worse than women.

What they have to say

I asked our female staff about discrimination they’ve experienced in gaming, and this is what they said:

Kara: “I keep my gender concealed deliberately [so I haven’t really experienced discrimination]. I only use voice chat with people that I know & my tag is non-gender specific. Although to be honest it’s probably a little part of why I’m not [very good]…I liked video games as a kid, but abandoned it in middle school because I already didn’t really fit in and I felt pressured to be ‘more normal.'”

Lisa: “I’ve been lucky to have mostly been on teams of guys who were accepting of female gamers. Perhaps because the games I played were never played competitively or simply because my decision to type instead of using voice rarely revealed I was in fact a woman. Having said that, I did develop a tendency to quit games early on when guys on other teams start attributing my failures to my being a girl…one of the reasons I have not gone back is that I am not particularly fond of the negative connotations surrounding poor performance with being a woman…a sort of pressure stemmed from those negative interactions – as if every little mistake I made was a negative point for female gamers – that I really shouldn’t play unless I could win and disprove that bias. Perhaps that was why I rarely actually said I was one.“

We’ve definitely beaten some of that, but not every game is fully accepting of female gamers. It’s a start, and that’s a good thing. AnyKey is integral to the future of esports, because for esports to be accepted by society, everyone should have an equal chance to prove their skill.

Previous articleMicrosoft Refusing to Work with Others Is Shooting Them in the Foot
Next articleExploring Options Part 2: TF2 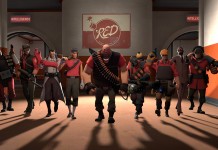