Match fixing – Two words betters are never happy to hear about. In the past decade, over 20 South Korean Starcraft 2 players and coaches have been arrested or investigated for claims of match fixing, including a ring of 11 players lead by Ma “sAviOr” Jae Yoon arrested in 2010. In each case, convicted players were banned from further competitive play, had their previous titles stripped from them, and were either imprisoned or sentenced to community service. Now, Starcraft 2 World Champion and widely-renowned player Lee “Life” Seung Hyun has been arrested for allegedly participating in match fixing in professional tournaments. He has won several top finishes over the years including the World Championship at Blizzcon and the GSL Championship title.

Starcraft: Brood War and Warcraft 3 have long been considered the cradles of esports, the first steps that grew into the giant that we now know as a mesh of card games, shooters, and everything in between. Starcraft 2, while not the most popular esport, still maintains a fairly active scene. However, with the damage of matchfixing scandals, especially those that include high-profile players such as Seung Hyun, many of the funders of the Korean eSPorts Association are raising doubts about the trustworthiness of the organization.

On Starcraft strategy website TeamLiquid, a user posted a translation of a letter from the former president of KeSPA to PRG21, begging them not to pull funding from KeSPA.

The actions of a few have spread and affected the many, and what seemed like a stable scene has been shaken up from its roots. With the already shrinking talent scene, it would only be another blow to Starcraft 2 if one of the premier organizations of talent – KeSPA, which manages all of South Korea, were to enter death throes. While competitive Starcraft may soon die out, its story has lessons for other esports, even those that mock it. Esports as a whole must learn to deal with cheating, be it drug abuse or matchfixing. Traditional sports have a hard and fast policy, and if esports are to be taken seriously, then a hard and fast policy must be established – across all games – to deal with those who think they can beat the system. It’s time for the rest of us to catch up as the Starcraft community has, to figure out who’s beaten the system and show the world that the esports community does not stand cheaters.

Previous articleThe Division – out of Beta, out of Mind?
Next articleKeemstar And “Sir” Tony Ray: Internet Mob Mentality 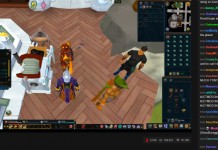