Dota 2 Beginner Heroes – Learn to Be the Best

In case you are just starting your journey in Dota 2, this article will help you to learn the best heroes for beginners, as well as break down their strengths, role selection, and overall strategy for the game.

Where Should I Begin?

Dota 2 features over a hundred heroes, and not all of them are for beginners.

Each hero has their abilities, specific game strategy, and require a certain amount of experience and practice. Not every beginner can understand all the skills of each hero. For example, this can be said about Invoker. Invoker has three spheres that must be combined to activate abilities. Even experienced players have difficulties accessing the full potential of the hero, not to mention people who have just started playing Dota 2.

You will need a lot of time and effort to learn the abilities of each Dota 2 hero, to understand how different builds work, and how best to act in different situations. This huge piece of information is difficult to consume for beginners, and the initial adaptation period takes months.

For starters, you will need to understand which role you like, and then point out 2-3 meta heroes in a current patch. You may choose a hero from a professional scene or by simply checking win rate of a hero. Then, it all narrows down to practice, replays analysis, streams, guides, et cetera.

Which Role Should I Choose?

If you just downloaded the game and don’t know which hero to play on, then you should choose heroes who have simple and clear skills. Sure, you may often hear that most effective heroes for beginners are supports of the 4-5th position. However, do not forget about Carry heroes.

At the moment (patch 7.24 c), there is a huge pool of simple and straightforward carry heroes for beginners, and they do improve your game understanding as well as a personal skill. Therefore, they can be an excellent option for beginners.

Best Heroes for Beginners in Dota 2

This hero may surprise some people. Why is Lycan included in the list? He has so many units to control, he does not deal a lot of burst damage, and requires some farm at the beginning. However, after the release of patch 7.25c, ​​Lycan has established himself as one of the strongest heroes in the meta. In fact, he currently has almost 59% of the win rate in the highest category of MMR (Divine and Immortal).

In the latest patch in Dota 2, the hero got two positive buffs. The first one is about Feral Impulse and the HP regeneration you get from it. Now it provides one additional HP regeneration at all levels, which is just as great for beginners who get additional regen on the lane and should not worry too much about harass from the enemy.

The change that definitely affected this hero is a change in Shapeshift. Instead of 18 seconds, the spell now lasts 22 seconds, which is just crazy. These extra four seconds can make all the difference, especially in the later stages of the game. Spamming Lycan at low MMR matches is perhaps one of the best things to do.

What about unit control? It can be daunting for beginners to control everything. In fact, it’s not. To simplify your unit’s control, go ahead to the option menu, and find ‘Select All Your Units’ and ‘Select All Other Units’. This will greatly simplify your micro-control.

As for the gameplay and game strategy, there are two states – heavy farming and lane push. Keep in mind that you are very strong with your ultimate, play aggressively, take towers, kill heroes, and Roshan. As for heavy farming, everything is pretty clear. Make sure to farm all the jungles, split push with your units, make a call for your team, and push a lane together.

As for the late game, this hero has great potential. You can always go full Alliance 2013 mode or simply play as 5 with your team by slowly gaining advantage with your ultimate. 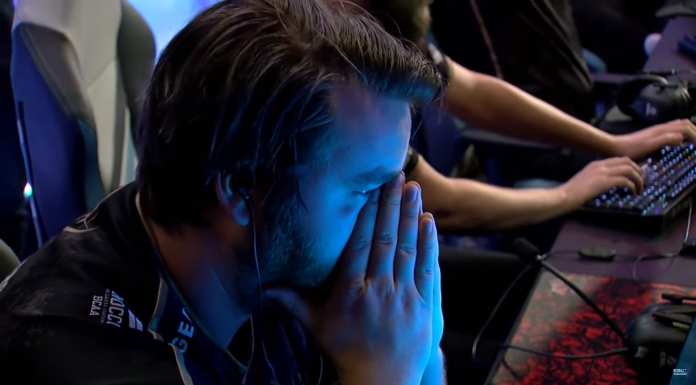 For new players, there’s nothing easier than a Wraith King’s gameplay. This carry has the highest win rate in the current month (54%). He has a large amount of health and even a second life.

Usually, he starts fights, plays aggressively, and cause a great amount of damage in the late game.

His passive ability allows you to restore health through successful attacks, which makes the gameplay on the early stage even easier. When opponents put pressure on the lane, Wraith King can go into the forest and farm there without losing too much health.

Wraith King is also good for destroying buildings and fast farming – thanks to his ability to summon small skeletons. About skeletons, Wraith King can farm gold without attacking creeps. Just make sure to get the maximum amount of charge from the third spell and activate it in your forest to clean the neutral creeps.

Wraith King is a hero who can win games alone. Just make sure to farm all the necessary items, initiate fights, clean forest, and the victory will not wait for long.

Of course, it’s not always possible to play carries, that’s why we have another support hero listed. A couple of years ago, Bane was one of the best support heroes due to the huge early stats and its ability to disable enemy heroes through the BKB. He was often chosen along with heroes such as Mirana, and their task was to play together and gain an advantage at an early stage.

Unfortunately, this changed after several updates, and Bane was simply forgotten. However, the current meta seems to favor the hero again, judging by the numbers. This hero currently has over 52% of the win rate in the highest MMR.

The concept of the hero is pretty easy – secure farm for your carry by actively spamming enemy heroes, rotate to the mid lane and try to make a couple of kills if possible, make sure to set up proper warding for your team. Bane is extremely powerful in the laning stage, so strike while the iron is hot and victory is guaranteed.

All Dota 2 heroes have their advantages and disadvantages. However, try to narrow down your pool at first to a couple of heroes. Ideally, it should be based on the gameplay of professional players. This knowledge will help you to choose the right hero in the game. A good pick can change the course of the whole game and create an advantage for your team before the start.