Dota 2 Eugene Torubalko -
-441
What to Expect for the Spring 2021 Dota Plus Update Dota Plus is a premium monthly subscription service in Dota 2. It comes with many...
(Featured image via Valve.)

On August 22nd, Mousesports officially announced the addition of Tomáš “oskar” Šťastný to their roster. Back in June, despite being one of their best players, oskar was benched by Hellraisers because he had signed a forward contract with another team. It is now apparent that Mouz was that team and oskar will become the team’s new primary AWPer.

Earlier in the year oskar had garnered attention as a standout AWP talent on Hellraisers, even leading them to a victory at the European Minor Championship 2016 – Columbus. Oskar’s insertion into the lineup for Mouz comes along with the benching of Johannes “nex” Maget who was a player with a lot of hype built up around him in 2015. Unfortunately his stats at LAN have never consistently met those expectations, and he has consistently underperformed.

A Weight Off NiKo’s Shoulders

Mouz already has a bonafide star, in the form of arguably the best player in the world, Nikola “NiKo” Kovač. However, they have struggled to find results at major tournaments due to inconsistency from players like nex and Chris “chrisJ” De Jong. There’s been a lack of firepower on the team with NiKo typically having to hard-carry and provide most of the fragging. Before the arrival of oskar, Mouz were very limited as a team. NiKo had to perform at the highest level consistently to even make them competitive. He repeatedly dropped 30 or 40 frags in losing efforts with the rest of his team not contributing enough.

This over reliance on NiKo’s fragging also crippled the team tactically. NiKo was not only the best player, but he was also in-game leading and calling strategies for the team. The team’s tactics devolved into a state of just waiting around for NiKo to get a pick or open up a sight and gain an advantage. If this didn’t happen then the team seemed to flounder and lose rounds. Also, because opposing teams knew that NiKo was the focal point of the team, they focused in on shutting him down and if NiKo was killed early in the round than Mouz’s chances decreased greatly.

What About the Rest of Mouseports?

Some may argue that nex was not the player that should have been benched from the lineup because he is more skilled than some of the other members. However, he is still on the team and perhaps his benching is really only serving as motivation in the hopes that he will regain his form from 2015. He is also a fall back in case oskar doesn’t pan out. In the scenario where oskar does not fit in the team and must be removed, nex can come right back in and at least keep Mouz steady and prevent a massive fall off.

Although oskar is taking the AWP out of the hands of chrisJ, it does create an interesting dynamic where the team has the potential to run a double AWP set up. The streaky form of chrisJ’s AWPing has been problematic for Mouz in the past so with oskar’s more consistent output the pressure will no longer be on chrisJ. With the fragging load being more evenly distributed, teams can no longer focus their strategy around shutting down NiKo, as this would only free up oskar to take over the game. Mouz’s tactics can also be more diverse as they no longer have to play around a single player. Their multiple threats will free up the role, allowing them to have a greater impact on the game since they no longer have to support their lone star.

My prediction is that the addition of oskar into Mouz should solidify them as a top ten team in the world. If the transition goes smoothly then they may be able to get as high as the top six. Based on his previous performances at LAN tournaments, I don’t see how oskar joining the team can hurt them and change only raises their potential, making them much more of a threat. 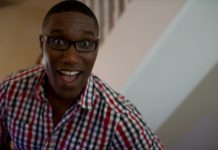