General Stephen Draper -
-6.8k
Path of Exile Shaping Before you start shaping your Path of Exile Atlas, we suggest you read our introduction to the Atlas. Once you have...
Image via: http://capcomprotour.com/ranking-tournament-moscow-fighting-arena-2016-results/

Last week was a big one for the esports fans of Russia. The Russian Ministry of Sports made an official determination that esports are now considered a sport in the country sparking hope for players who are in need of visas for international play. The decision also grants more accommodations for both Russian players, and foreign players who attend events in the country. The decision seems to have been made at a great time as, over the “Russia Day” holiday weekend, the Capcom Pro Tour event “Moscow Fighting Arena 2016” was held. Although Russia had several points of celebration through the last week, the winning of their own Capcom Pro Tour event was not one of them.

Ho Kun Xian (or “Xian”) of Singapore claimed his first Pro Tour event win of the year through impressive play with F.A.N.G., a character who is massively polarizing in the SFV community. Xian secured the first place finish in a close grand final match against Wilfried “Will2Pac” Jean-Baptiste in which Xian was able to pull off an impressive 3-2 victory. This win earned the struggling Xian a massive 128 points which has propelled him into 13th place in the overall global Pro Tour standings. Will2Pac still grabbed himself a respectable 64 points for the runner-up position and is currently ranked 22nd overall in the Pro Tour.

Will2Pac was able to reach the finals after a very impressive run through the loser’s bracket winning 7 straight sets only to meet Xian, the man who defeated him earlier in the tournament, once more. Xian was able to once again dispatch Will2Pac (the second time in Moscow Fighting Arena 2016) to claim the title and the big boost in tour points.

Xian, who finished 4th overall in last year’s Pro Tour, hopes that the win in Russia will help him continue to climb towards the top of the rankings. Placing high in the global Pro Tour rankings could grant him a berth into the 2016 Capcom Cup, the capstone event of the Pro Tour. Last year’s event winner, “Kazunoko,” took home $120,000, an extremely large purse for a Street Fighter tournament. Xian is no stranger to the Capcom Cup though, placing 3rd in last year’s top event.

This tournament win not only netted Xian a cool 128 points in the Capcom Pro Tour, but as the winner of the event he has also qualified for the 2016 Europe Regional Finals, which is no doubt a bit of weight off his shoulders.

Although the Moscow Fighting Arena tournament took place in the heart of Russia, the home town players seemed to have a difficult time. The tournament’s top 10 was dominated by non-Russian players including: Xian, Will2Pac, Problem X, Veggey, Cuongster, and RMZ. The highest placing player with the home field advantage was Fidoskin, who tied with Veggey for 5th place.

Both the win for Xian and the 2nd place finish for Will2Pac are encouraging for the players and their fans. Neither player has performed exceptionally well in Pro Tour events so far this year. Although both have claimed numerous top 10 finishes, the players have not been able to find a large number of Pro Tour points, which are the deciding factor in who qualifies for the Capcom Cup event. For Xian, the slow start to the Pro Tour this season is especially disappointing as he is a decorated veteran who claimed a 1st place finish in SF4 at Evo 2013. 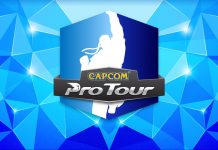